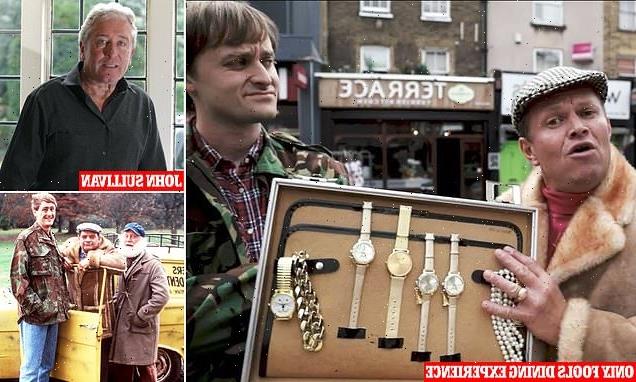 The son of the creator of the beloved British sitcom Only Fools And Horses has told a judge that an ‘interactive theatrical dining experience’ ‘ripped’ material from original scripts and was ‘difficult to watch’.

Shazam Productions, which was founded by the late comedy writer John Sullivan and taken over by his son Jim Sullivan, is locked in a High Court battle with ‘Only Fools The (cushty) Dining Experience’.

Lawyers representing Shazam allege the show infringes copyright in the sitcom scripts and copyright in ‘each of the central characters’ – and that marketing of the show has involved ‘passing off’.

This means that the BBC sitcom’s audience may think the production had the full backing of the estate.

Lawyers for English troupe the Dining Experience and Astralian company Imagination workshop, which operate the show, deny Shazam’s claims made against them and are fighting the case.

The ‘interactive theatrical dining experience’ could face a fine of up to £50,000 at the Intellectual Property Enterprise Court. 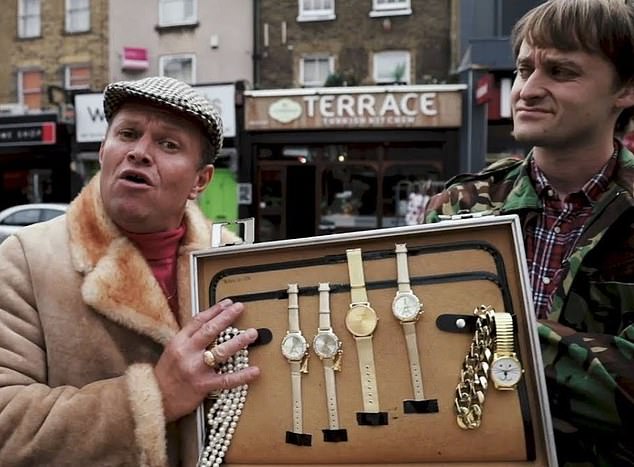 Shazam Productions, which was set up by the late comedy writer John Sullivan and taken over by his son Jim Sullivan, has taken legal action against ‘Only Fools The (cushty) Dining Experience’ (pictured, a promotional photo for the dining experience) 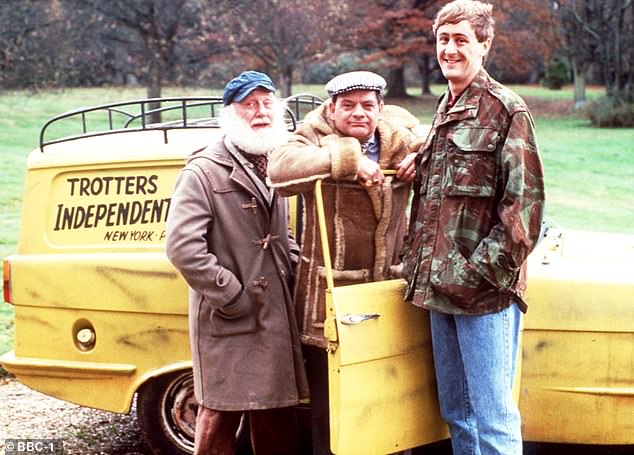 In a written witness statement, John Sullivan’s son Jim Sullivan, 43, has told a High Court hearing in London he had found the Only Fools The (cushty) Dining Experience ‘difficult to watch’.

Mr Sullivan told Judge John Kimbell that his job was to manage his father’s work and generate income for the family. He added that he had watched a tape of the dining experience show.

‘I find the defendants’ show difficult to watch… and not just because it is, in my opinion, of poor quality, but because of how much of it is ripped from the original scripts written by my dad,’ he said. 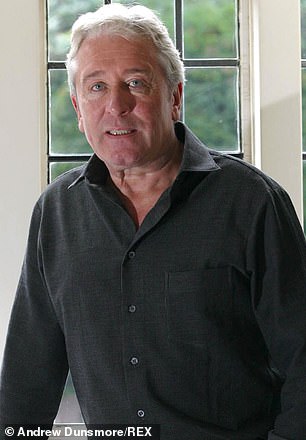 ‘I know that any audience member will compare it with my dad’s work.’

Lawyers representing Shazam say the characters have the ‘distinctive character traits conceived by John Sullivan’ and used their ‘signature phrases and ways of speaking’.

They say the judge will have to consider whether sitcom scripts and the character Del Boy are ‘literary’ and ‘dramatic’ works.

The operators of the dining experience show contend that their use of the characters and materials from the sitcom does not amount to material that could be protected by copyright.

They deny ‘passing off’ on the ‘footing’ that their show would not be seen as connected with the owners of the intellectual property in the sitcom, but as an unofficial tribute show, and question whether Shazam, rather than the BBC, owns goodwill attached to the name Only Fools And Horses.

Jonathan Hill, who is leading Shazam’s legal team, told the judge in a written argument: ‘The sitcom constitutes one of the most valuable properties in British television.

‘The outcome of this claim could have potentially very serious ramifications for [Shazam’s] exploitation of its intellectual property in relation to the sitcom.’

Mr Hill told the judge that Del Boy was the ‘sine qua non’ – or epitome – of a character that should be the subject of protection by copyright.

He added: ‘Considerable intellectual creativity on the part of John Sullivan was expended in developing the character, both at the outset and over the course of writing the body of scripts for Only Fools and Horses.’

Barrister Thomas St Quintin, who is leading the dining experience’s legal team, said: ‘The marketing and presentation of [the show] is sufficiently different that the relevant public are well aware that it is not associated in the course of business with the sitcom.

‘There is no evidence of anyone believing that [the show] is associated in the course of business with the sitcom.’

Carl Steele, a solicitor at law firm Ashfords, which represents Shazam, said outside court that the judge’s ruling could clarify copyright law.