DOHUK, Iraq (Reuters) – One protester was killed and at least 10 others wounded when they stormed a Turkish military camp near Dohuk in Iraq’s semi-autonomous Kurdish region on Saturday, burning two tanks and other vehicles, residents and Kurdish officials said. 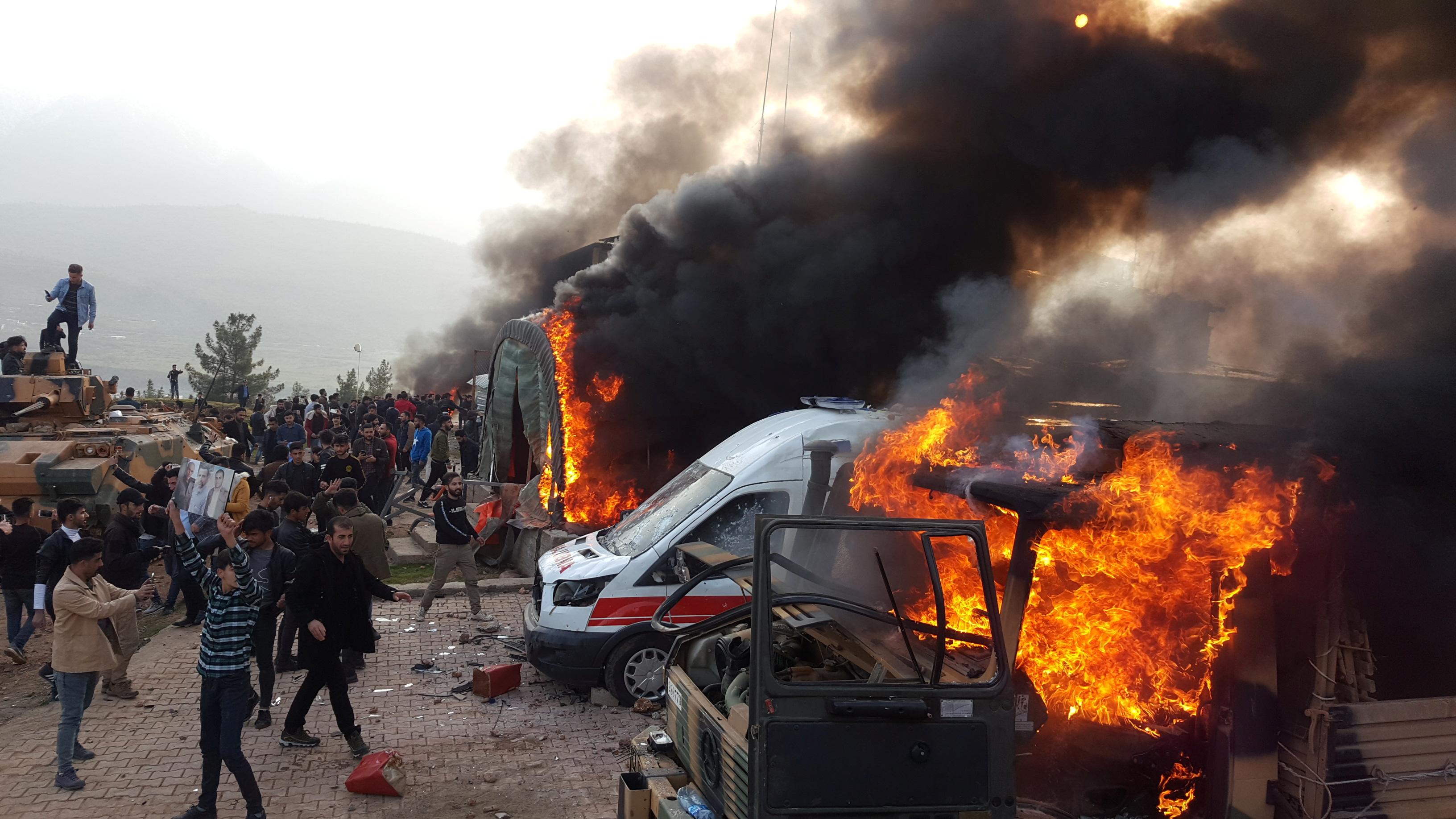 Najib Saeed, the chief health official in the area, said it was not yet clear what caused the death. He said Turkish soldiers had shot at protesters and that the burning of vehicles and equipment had caused several explosions.

Baghdad’s foreign ministry criticized the Turkish troops for opening fire and said it would summon Turkey’s ambassador over the incident.

Turkey said the attack was carried out by members of the Kurdistan Workers Party (PKK) who disguised themselves among civilians to fuel conflict between Turkish forces and local residents.

“We are committed to maintaining our close partnership with the people of Dohuk and doing everything in our power to prevent civilian casualties in the area,” Fahrettin Altun, communications director for the Turkish Presidency, told Reuters.

Turkey carries out regular air raids near the border against the PKK insurgent group which has bases in northern Iraq and has fought a decades-long insurgency in Turkey.

The Kurdish government in Erbil in northern Iraq condemned the storming of the camp, accusing “saboteurs” of instigating the incident, a veiled reference to the PKK, a rival of the Kurdistan Democratic Party (KDP) that dominates the Erbil government and has a working relationship with Turkey.

Erbil said it had sent its forces to the area to calm the situation.

A Kurdish official in the region of Dohuk said the crowd was demonstrating over a recent Turkish air raid that killed four civilians. The official did not want to be named.

A second Kurdish official, who also did not give his name, said Turkish troops at the camp in Shiladze, east of Dohuk, had initially shot at the protesters and then left the camp.

Kurdish security forces are trying to control the situation, he said.

The surprise announcement last month that U.S. forces would withdraw from neighboring Syria, where they have been directing the fight against Islamic State, raised fears that Turkey would move against U.S.-backed Kurdish forces which it views as terrorists.

Turkey says the Syrian Kurdish YPG militia is an extension of the PKK. Trump has threatened economic ruin for Turkey should it attack the YPG, however.