Longtime Oklahoma wide receivers coach Cale Gundy resigned on Sunday night in the wake of what he described as an incident during a team film session.

Gundy, who has been with the program since 1999, said in a lengthy statement that he accidentally read “one particular word that I should never — under any circumstance — have uttered” during a film session last week.

“Last week, during a film session, I instructed my players to take notes,” Gundy said in a statement, in part. “I noticed a player was distracted and picked up his iPad and read aloud the words that were written on his screen. The words displayed had nothing to do with football. One particular word that I should never — under any circumstance — have uttered was displayed on that screen. In the moment, I did not even realize what I was reading and, as soon as I did, I was horrified.

“I want to be very clear: The words that I read aloud from that screen were not my words. What I said was not malicious; it wasn’t even intentional. Still, I am mature enough to know that the word I said was shameful and hurtful, no matter my intentions.”

It’s unknown what word Gundy is talking about specifically, or whose iPad he said he picked up. Other details surrounding the alleged incident are not yet known.

Gundy said that, while he didn’t mean to say the word, he recognizes that he has to “take responsibility” and still resign. Offensive analyst L’Damian Washington is set to take over the wide receivers position on an interim basis.

“It’s with sadness that I accept Coach Gundy’s resignation,” Oklahoma coach Brent Venables said in a statement. “He’s dedicated more than half of his life to Oklahoma football and has served our program and university well. …As the leaders of this program, it’s essential that we hold ourselves to the highest standards as we model for our players the type of men we want them to become.”

Gundy, who is the younger brother of Oklahoma State coach Mike Gundy, has been with Oklahoma since 1999, and has worked as both a running backs coach and wide receivers coach. He played at Oklahoma for three seasons, too.

The Sooners are set to open their season on Sept. 3 against UTEP. 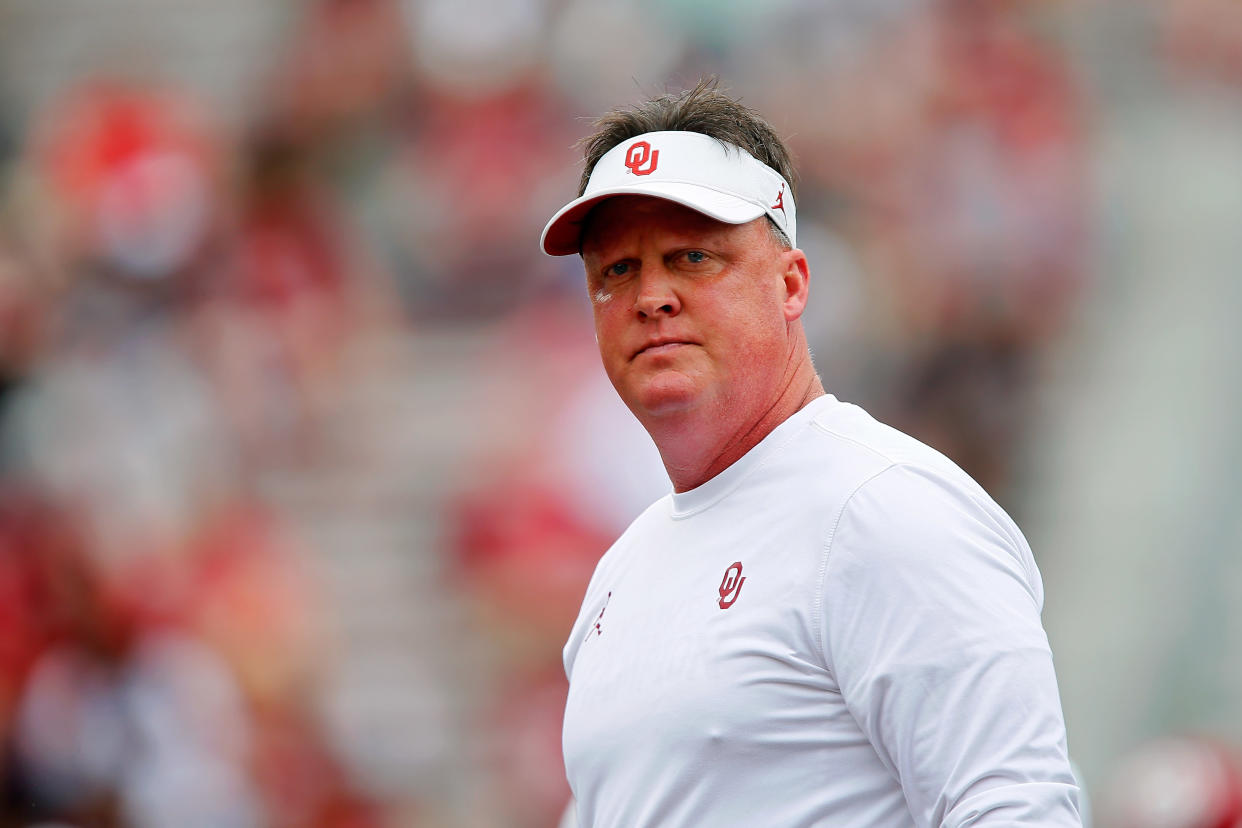