The crash occurred in the eastbound lanes on the Ohio Turnpike in Erie County. Both directions of a stretch of the turnpike remained closed at 9:10 p.m., at least seven hours after the crash. 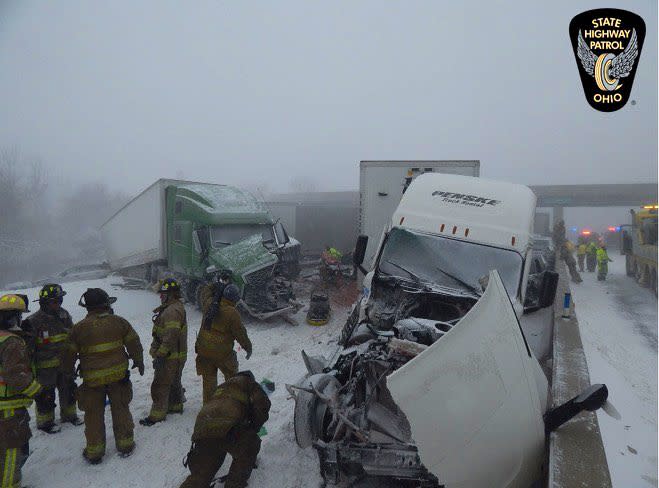 Buses were being used to take people from the crash site to a local facility so they can stay warm, according to the agency.

Photos posted on Twitter showed a black pickup on top of the pileup. Other images showed mangled semitrucks and several vehicle crushed between a median and a trailer.

“The weather outside is not favorable, and often times there are whiteout conditions, which does not make it safe for travel,” Ohio State Highway Patrol Sgt. Purpura said in a video about the accident on Twitter.

Purpura asked people to stay home or take precautions if they have to drive, including moving slowly and allowing more space between cars.

Authorities did not release details about the people killed or the status of the injured. It’s not clear if the crash was weather-related.