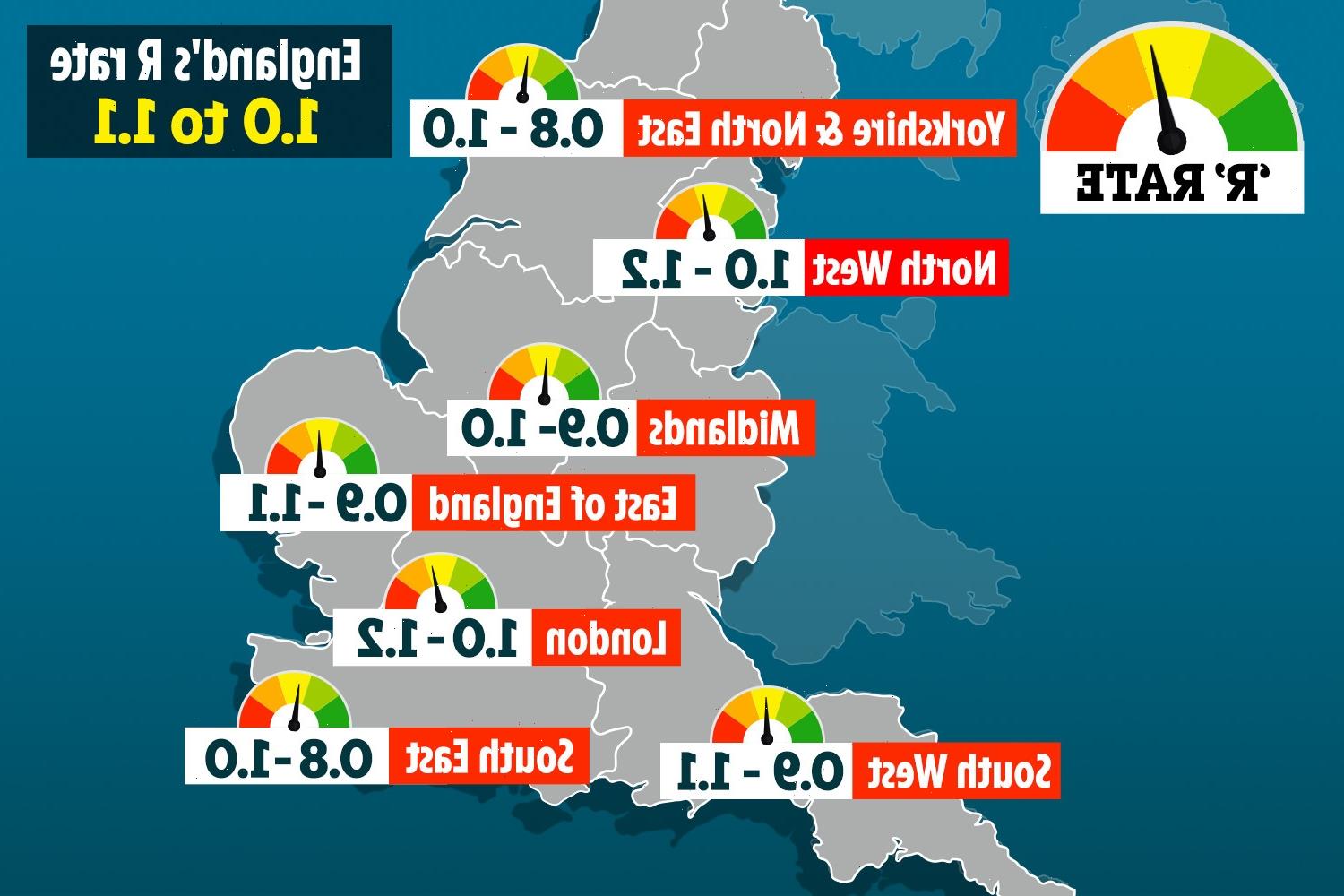 THE OFFICIAL R rate in England has moved up slightly to 1.0 to 1.1.

Figures also continue to show “potential early signs of increase” across the country’s case numbers in early May. 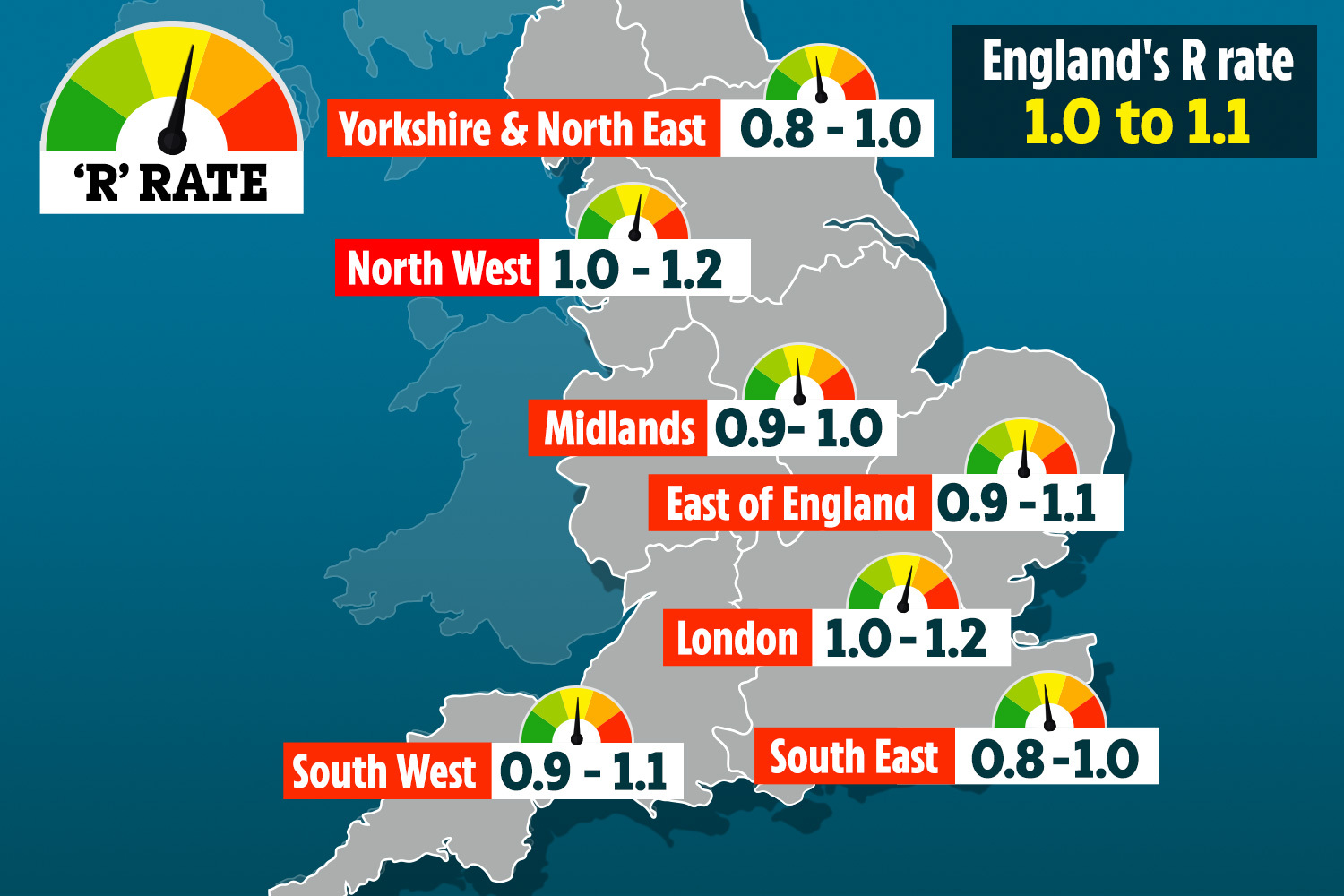 It comes as concern over the Indian variant grows, with cases doubling every week and data showing it can evade some vaccine protection.

Hospital admissions and deaths remain very low, which scientists credit to the jabs.

But in hotspots, there are signs of more people coming into hospital.

The PM has said there is currently no data to suggest delaying the easing of all restrictions on June 21 in England – but admitted "we might have to wait".

The full impact of the unlocking on May 17, which allowed indoor mixing, is not yet evident due to a time lag.

An R rate below 1.0 is favoured because it means that the outbreak is still shrinking.

It peaked on January 15 at between 1.2 and 1.3, came down to a low of 0.6 to 0.8 in mid-March, before creeping up again over the past few weeks since Brits were given more freedoms.

Sage says the R rate is as high as 1.2 in the North West, where the Indian variant is centered.

The local areas most affected by the super-infectious strain includ Bolton and Blackburn with Darwen, as well as Bedford in East England.

Sage is currently unable to give a rate for the UK as a whole because cases are so low that the estimates become too unreliable. 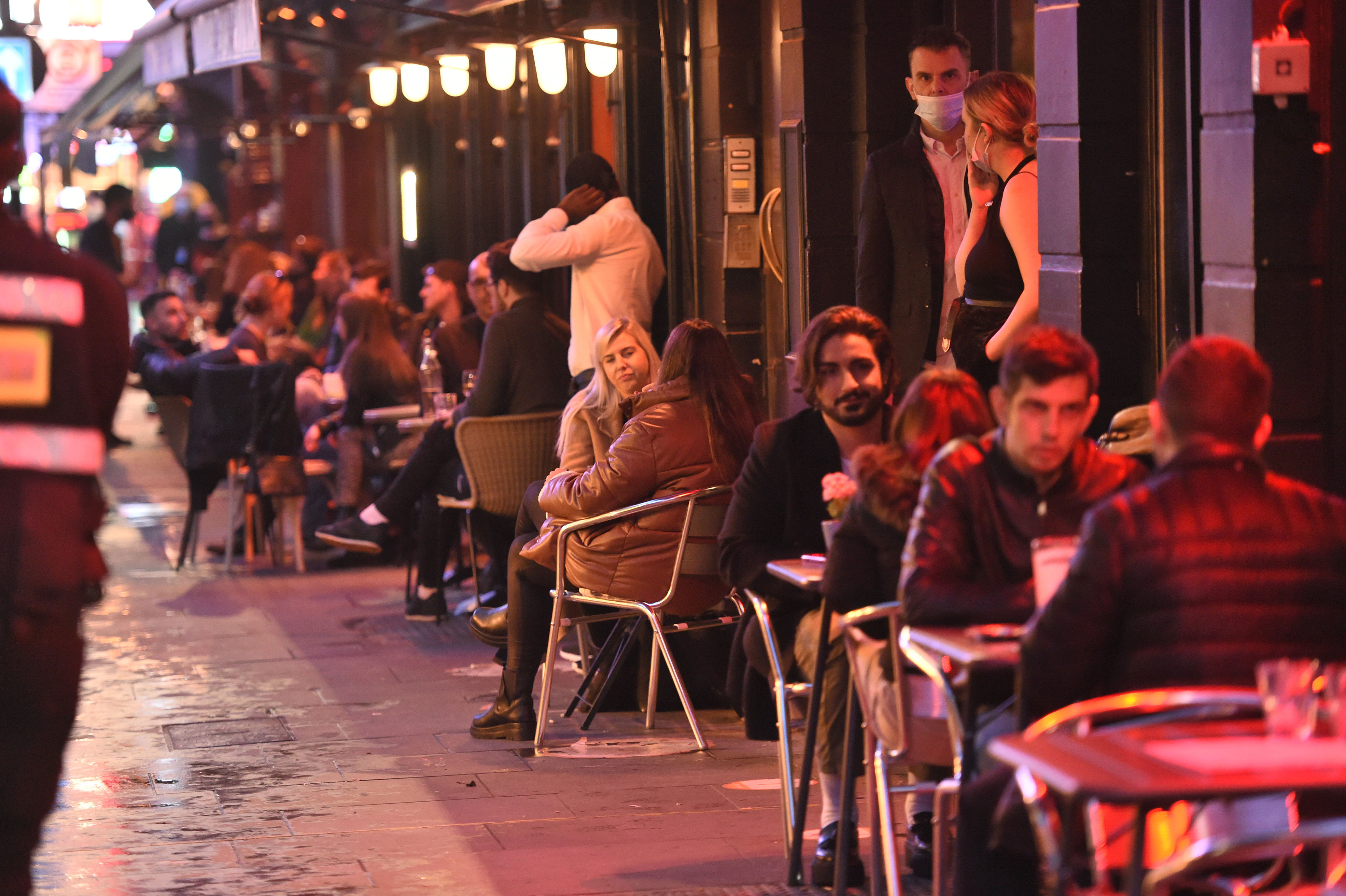 It’s unlikely this week’s R rate accounts for the May 17 change as it takes a few weeks for the effects of each unlocking stage to become clear.

But moving forward, it is expected the R rate will continue to go up, according to Dr Mike Tildesley, from the University of Warwick and a member of the Sage group Spi-M.

He told BBC Breakfast: “We would expect, with these restrictions being lifted, at some point the R number would go above 1, and it looks like that’s probably what’s happening now, given that we’re starting to see cases going up.”

Dr Tildesley said experts needed to “gather as much evidence as we can over the next week or two” then “try to predict what we expect may happen should this June 21 relaxation go ahead”.

Meanwhile, data shows that for a second week in a row, cases are on the rise across the UK.

The Office for National Statistics (ONS) said around one in 1,120 people in private households in England had Covid-19 in the week to May 22.

It’s broadly unchanged on one in 1,110 in the previous week, which was a rise from the week prior. 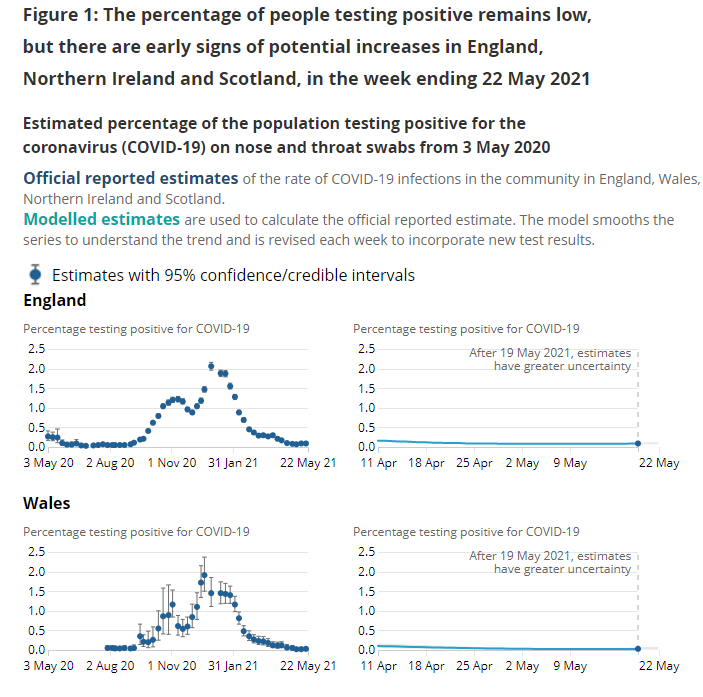 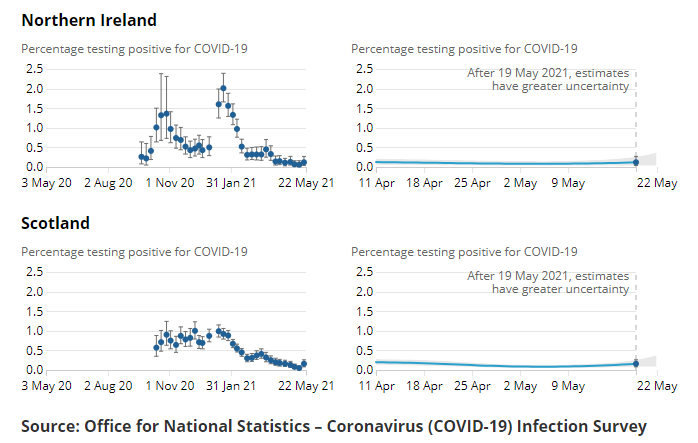 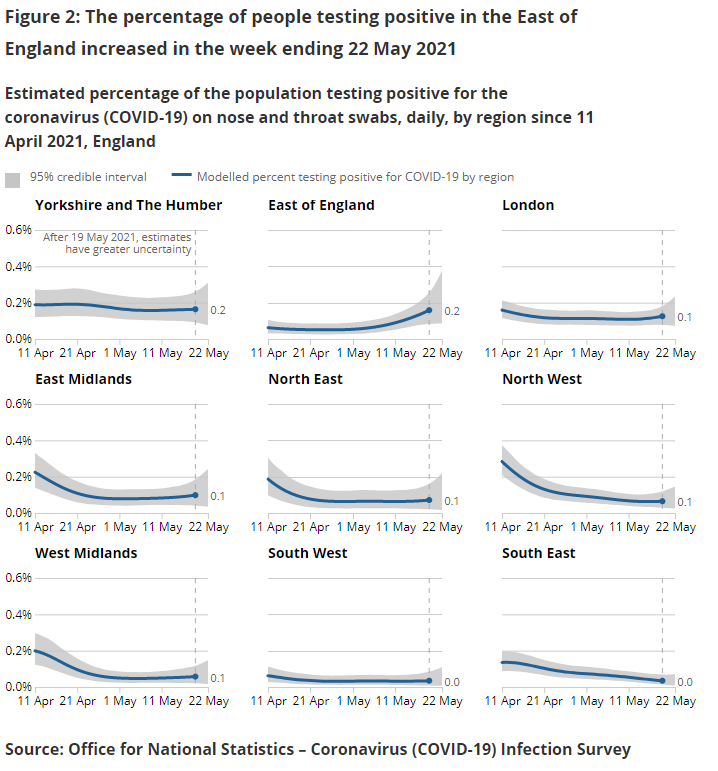 The percentage of people testing positive for coronavirus continues to be low at 0.09 per cent.

But there are potential signs of an increase since early May, when the percentage was 0.07 per cent, the ONS said.

People are increasingly testing positive in eastern England, while there were early signs of a decrease in south-east England, the ONS said.

The trend for all other regions was uncertain, the ONS said.

In many regions positivity rates are very low, meaning trends are difficult to identify since they are affected by small changes in the number of people testing positive from week to week.

People in Yorkshire and the Humber are testing positive more than any other region in England: around one in 610.

Both south-west England and south-east England had the lowest estimate: around one in 2,900.

In Wales, around one in 3,850 people is estimated to have had Covid in the week to May 22.

This is up slightly from one in 4,340 in the previous week, but the percentage testing positive “continues to be very low, which makes it difficult to identify trends”, the ONS said.

In Northern Ireland there are “early signs of a possible increase”, with an estimate of around one in 820 people, up from one in 1,550 in the previous week.

ONS said infections were "not compatible" with the Kent variant, and so are likely being driven by the new Indian strain.