Police officers are spending too much time dealing with ‘policing relationships’ instead of fighting crime, the chief constable of West Midlands has warned.

David Thompson said police should be freed from handling some domestic abuse and harassment complaints so they can focus on catching criminals and responding to emergencies.

He said forces were increasingly responsible for ‘policing relationships’, safeguarding and protection but added it was ‘debatable whether or not that’s actually something best discharged by the police in all cases.’

He revealed the force recorded 30,000 domestic abuse related cases since April this year – an increase of 34 per cent compared to 2019 – but warned ‘a very small proportion’ of those reports end up in court. 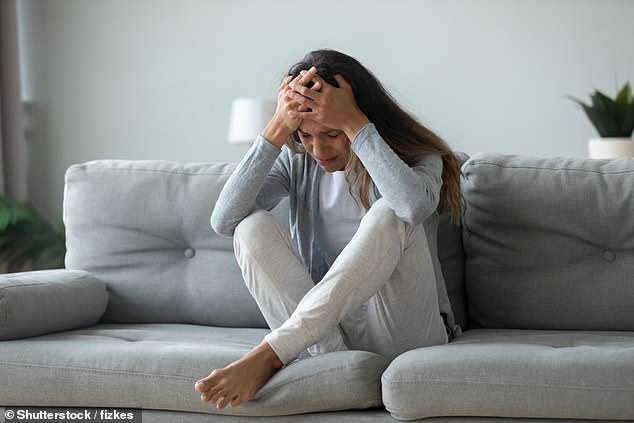 West Midlands Police received more than 30,000 reports of domestic abuse and harassment since April, with the constabulary’s chief warning its officers were facing ‘overwhelming,’ responsibilities to victims

Thompson, who runs the second largest force in England and Wales, said: ‘The police will always have a role in dealing with vulnerable people, but the depth and breadth of services falling to the police is overwhelming.’

Earlier today he told BBC Radio 4: ‘In the West Midlands since April we’ve recorded 30,000 domestic abuse related crimes, that’s up 34 per cent, we only record now around 22,000 robberies, burglaries and thefts of vehicles combined.

‘It’s not we don’t have a role, it’s whether the extent of the police role is impacting upon some of the other things that I think the public need us for.

‘We have an immediate and important role to deal with that crisis, but beyond that there are responsibilities falling to police that go beyond that unique role.’

Ellie Butt, Refuge’s head of policy and public affairs, criticised the officers response by highlighting the importance of police in dealing with domestic abuse.

She told The Times: ‘We know how hard it can be for women to seek help when they are being abused. Often they are afraid that the police won’t believe them, or are afraid of what the perpetrator might do to them if they report it.

‘Therefore, when women report domestic abuse to the police, it is vital that they receive an immediate response, by properly trained officers.’

Earlier this year Refuge reported the number of calls to its domestic abuse helpline had risen by as much as 77 per cent in June.

More than 40,000 calls have been made to the National Domestic Abuse Helpline since the start of the coronavirus lockdown and demand is rising as restrictions.