The phone company has told customers they will be credited for two days of their monthly airtime subscription by the end of January – which works out to be as little as 84p for some. 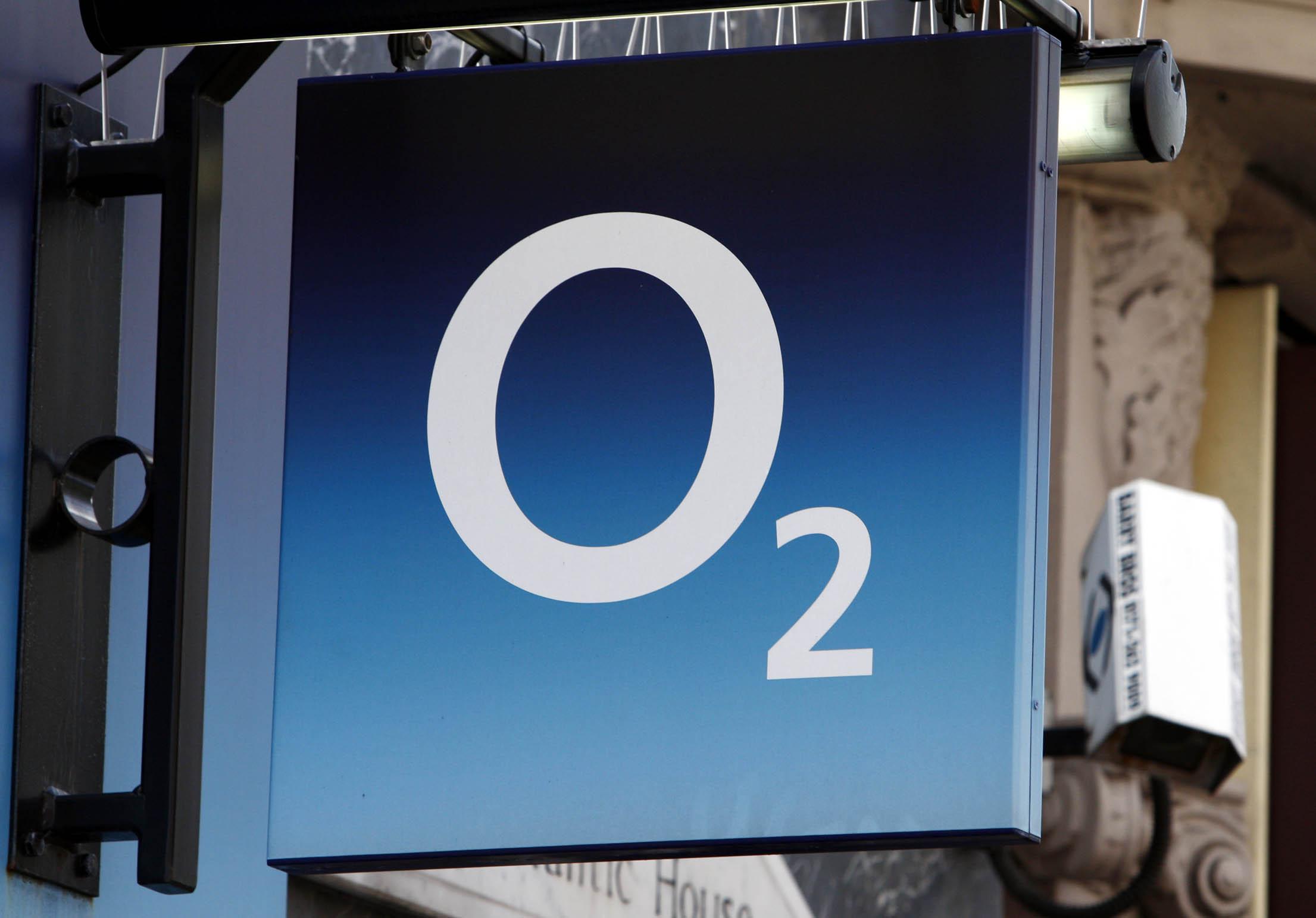 The text apologised for the “network issues” and has said they are doing all they can “to make sure this issue doesn’t happen again”.

It comes after 25million O2 customers were left without data for nearly 24 hours, while some couldn't send text messages on Friday.

However, many customers took to Twitter to blast the offer as “insulting” and “disgusting”.

One said: “@O2 you think crediting me in 7-8 weeks is an acceptable apology?! It’s the damned insult to the injury! I’m disgusted!!” 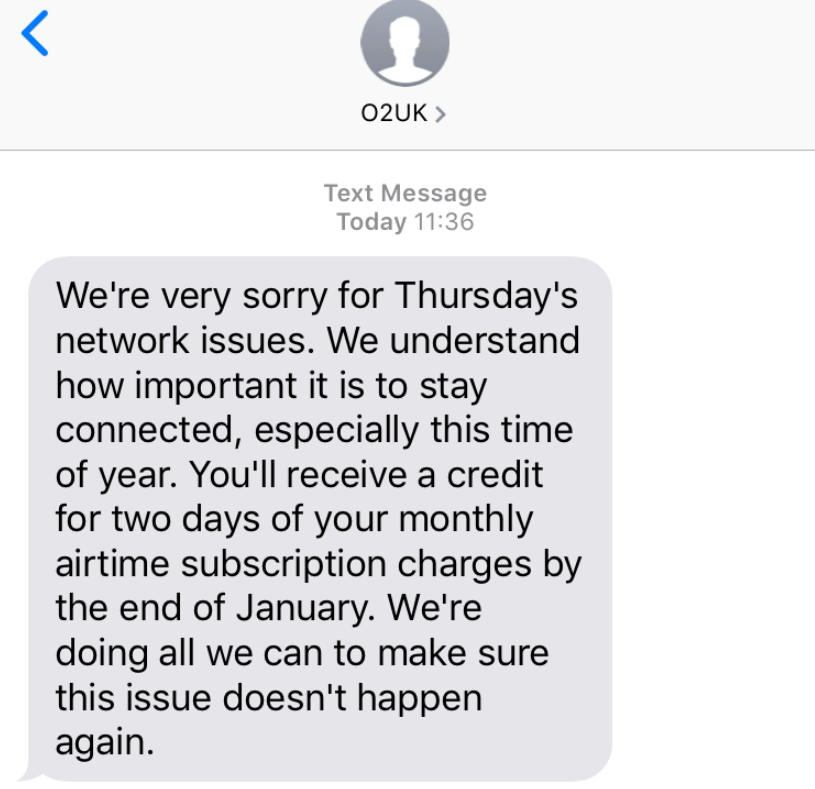 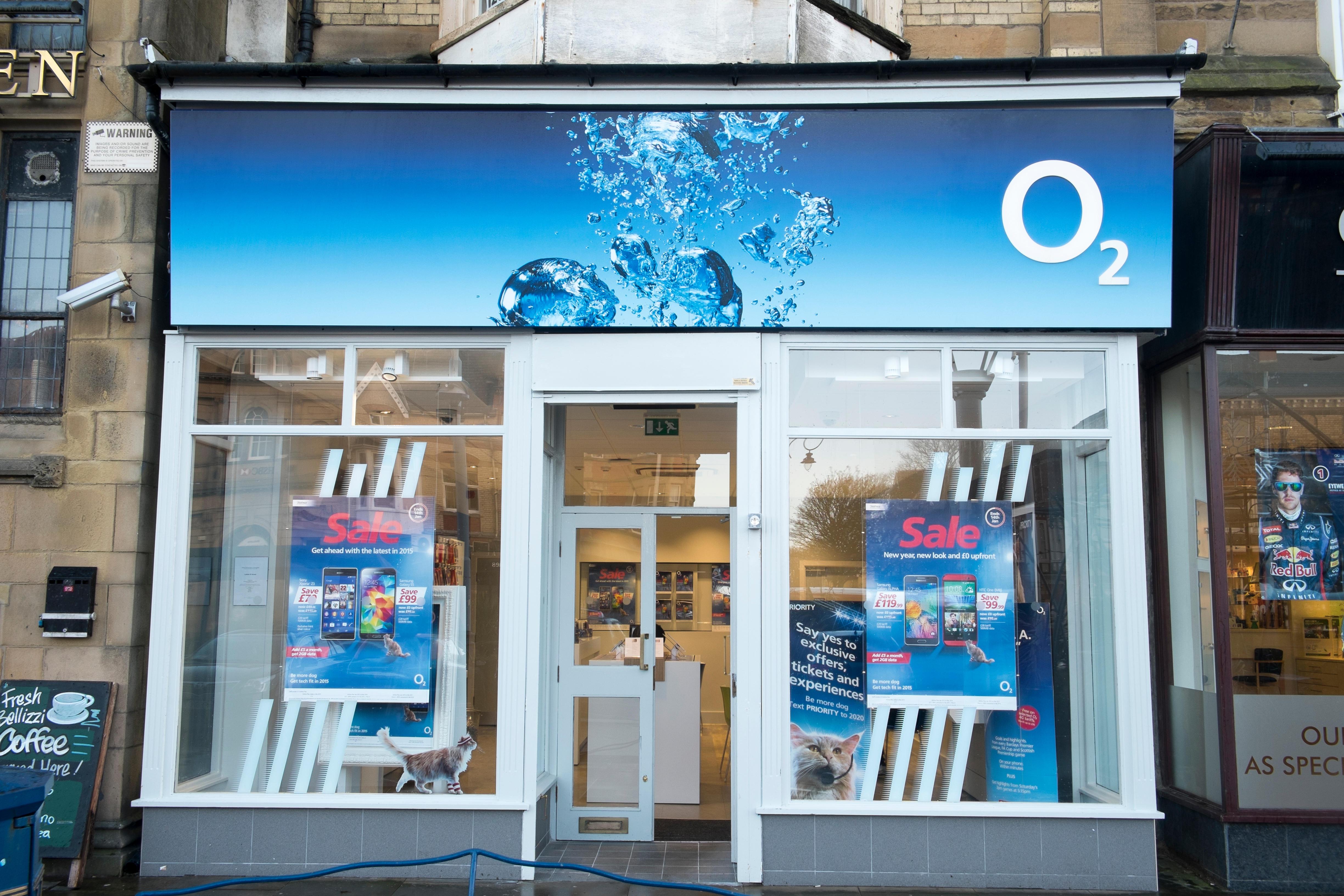 Another added: “@O2 I received your text stating you’ll be giving 2 days credit as an apology; approx 94p is an insult not an apology.”

One said: “Blimey, @O2 has offered two days of network charges to compensate for a day out of contract. At £15/month, that’s £1. Merry Christmas!”

One who claimed they had not received the text yet said: “@O2 haven't even received the apology text but 2 days credit of airtime back is disgusting compensation.

“Should be treated better. Would like someone to ring me and I would like to leave and no I'm not paying the remainder of my SIM only contract.”

Your rights when your network goes down

If you feel the outage caused you significant problems or you waited a long time for the repairs to take place, it's worth complaining and asking for a refund on your bill or compensation.

To complain, you need to follow your provider's formal complaints procedure. Details should be available on its website or from its customer services.

If your problem is still unresolved after eight weeks you can submit your complaint to an independent Alternative Dispute Resolution (ADR) scheme.

Your provider will tell you which scheme it is a member of.

If your mobile plan is £13 a month, for example – which is reportedly O2's cheapest airtime plane – as there are 31 days in December, you'd get back just 84p.

O2 says this will be credited by the end of January onto your monthly mobile bill.

An O2 spokesperson said: "We’d once again like to thank our customers for their patience. We’re doing all we can to make sure this issue doesn’t happen again."

If you're one of the 7million people with a provider that piggybacks on O2's network, such as GiffGaff, Lycamobile, Sky Mobile, and Tesco Mobile this compensation will not apply.

Not everyone seemed upset with the O2's compensation offer.

One person on Twitter said: “Good on @O2 for texting their customers and offering a credit for two day for monthly contract by the end of Jan. Fair enough!”

Check out how you can claim money back from O2 after its network went down.