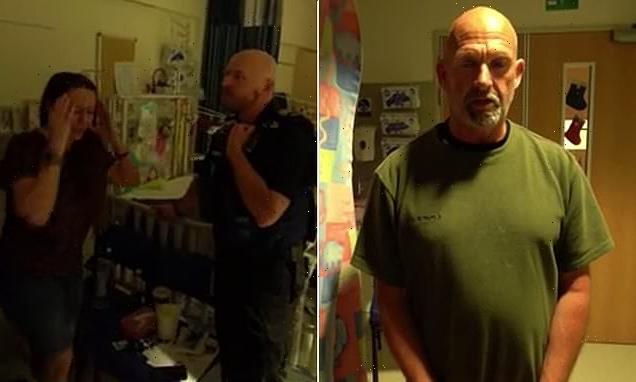 Dramatic video has emerged of the moment parents watched their baby taken from them and placed into a doctor’s care after they refused to allow him to receive a transfusion with vaccinated blood ahead of urgent heart surgery.

The six-month-old had been in a New Zealand hospital since November to receive surgery for a congenital heart disease that was delayed by several weeks because of the parents’ concerns.

A New Zealand High Court decision ruled the baby would be placed into the care of his pediatric heart surgeon and cardiologist until the completion of the surgery and post-operative recovery.

Harrowing footage of the encounter shows the distressed parents frantically trying to speak with authorities as the baby was taken away by hospital staff.

‘You guys will be recorded in the annals of history as criminals who take babies from their mothers,’ the baby’s father can be heard saying to authorities as an administrator informs the mother she can see the baby after surgery. 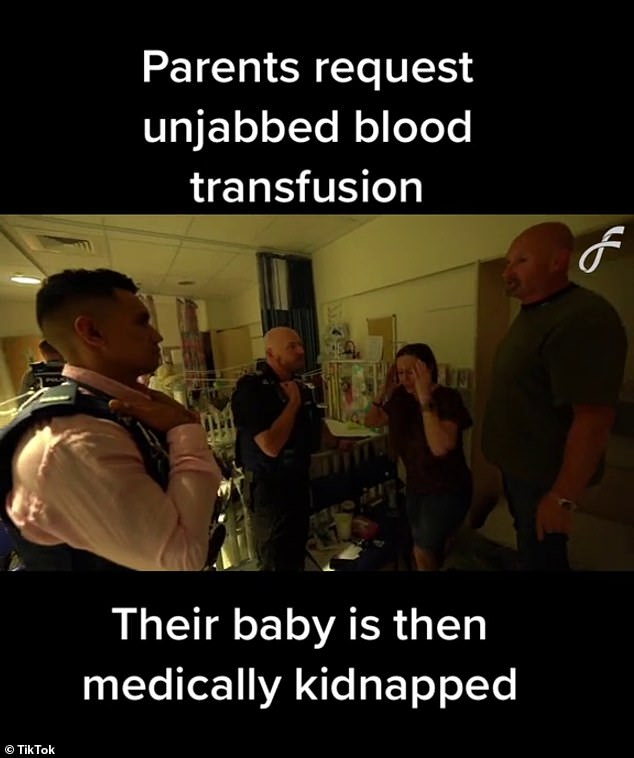 After the distressing encounter, the baby’s father spoke candidly to the camera: ‘I dont know where this goes to around the world, but our baby has been medically kidnapped,’ he said.

‘Thugs have come in wearing police uniforms, and they’ve ripped the baby out of his bed.

‘Let this be a lesson to the entire rest of humanity, the takeover has already started, and it started in a hospital ward with a baby.

‘I call on humanity to rise, because you all know what’s happening.’

Footage of the incident has circulated around the internet after originally being posted on Rumble.com on December 8. 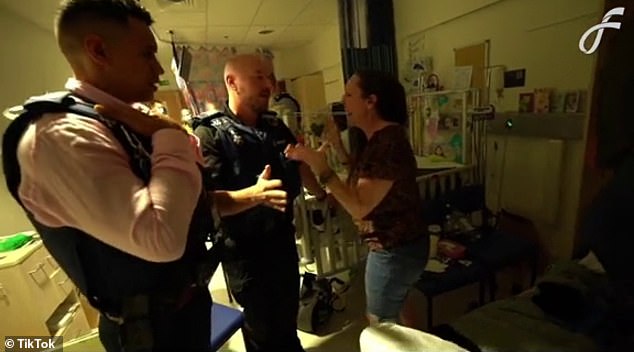 The parents are represented by lawyer and prominent anti-vax campaigner, Sue Grey, who said ‘because they label my clients as conspiracy theorists, [their position] is that anything my clients say can be ignored’.

The hospital planned for the baby to receive the life-saving surgery last week.

The parents will prioritise ‘peaceful time with their baby until the operation, and to support him through the operation’, Ms Grey said in a December 8 Facebook post.

‘We have concluded that the government cannot afford anything to go wrong for Baby W as the world is watching.

‘He is likely to get the best possible care with the best safest blood.’ 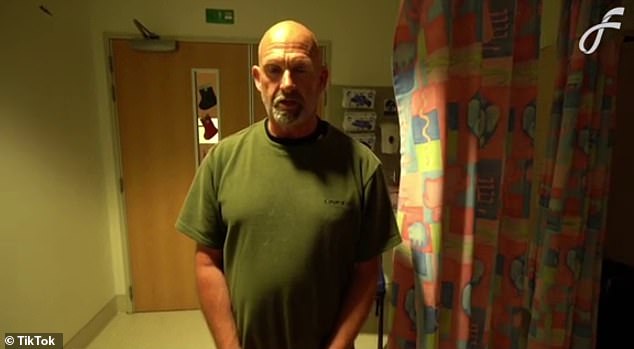 The parents lawyer and prominent anti-vax campaigner, Sue Grey, said her clients were ignored because they were labelled ‘conspiracy theorists’. In one part of the video, the baby’s father (pictured) speaks candidly to the camera: ‘I don’t know where this goes to around the world, but our baby has been medically kidnapped’

Parents Croydon Hodge and Doreen Rudolph, who have a toddler with hypoplastic left heart syndrome, have refused permission for the hospital to use vaccinated blood for the boy’s urgent surgery.