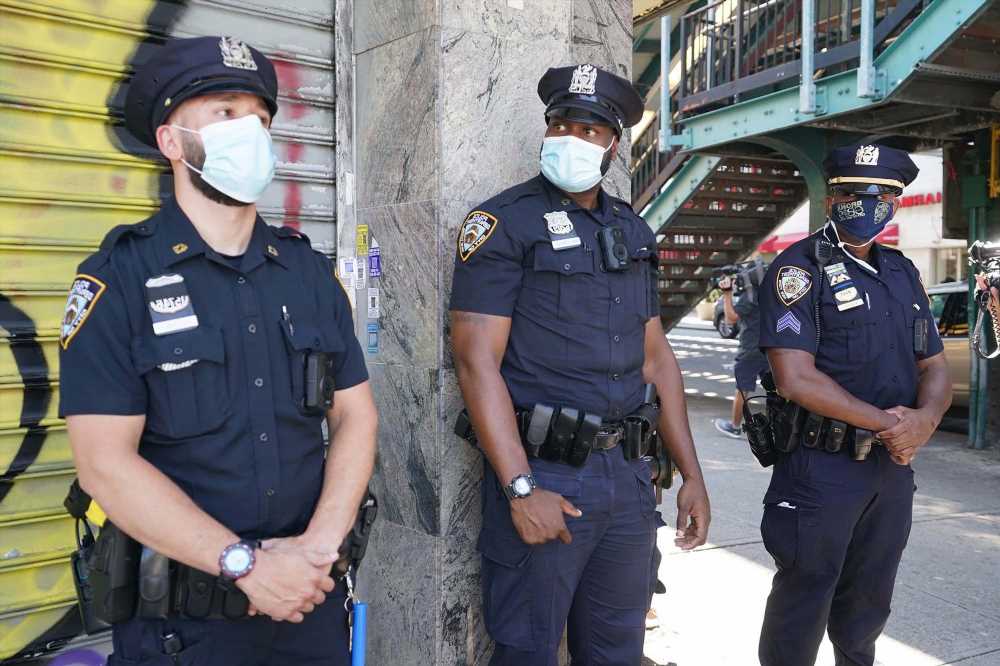 Biden to ban good showers and other commentary

Get vaxxed, already, so we can all get back to normal

The nation’s largest police force is still struggling to get its cops vaccinated against COVID-19 — with the latest figures showing just 43 percent have gotten the jab, The Post has learned.

The revelation comes as Mayor Bill de Blasio announced Wednesday he was ordering all city health care workers who are unvaccinated to get tested weekly and said he was “looking at” mandatory vaccinations as the Delta variant continues to spread across the country.

An NYPD spokesman told The Post Wednesday afternoon 43 percent of its uniformed and civilian employees — or just over 23,000 of its total 54,000 workforce — have been vaccinated.

That’s up only 2 points from early June and 4 points from when the department’s vaccination rate was first reported in May.

In comparison, the FDNY has a roughly 55 percent vaccination rate, a fire spokeswoman said.

The police department did not respond when asked if it would require its officers, who have some of the most interactions with the public out of all city workers, to get tested weekly.

The department has repeatedly said it has “stopped short” of mandating the vaccine because they believe it “would likely face lengthy legal challenges.”

A scan of popular Big Apple police forums Wednesday revealed at least a handful of commenters spreading misinformation about the vaccine and disease — which has prompted a crackdown by the NYPD.

“The NYPD has produced and distributed two videos encouraging NYPD personnel to be vaccinated and two more videos are in production,” a police spokesman said.

“That said, our newest internal messaging focuses on addressing rumors, misinformation and concerns with vaccination,” he added.

The NYPD was hit hard by the first wave of the coronavirus, leading to more than 55 deaths among the uninformed and civilians members.

NYPD Sgt. Joe Imperatrice, the founder of Blue Lives Matter NYC, told The Post he decided to get the Johnson & Johnson shot a few months ago.

“I had COVID back in March and after experiencing how bad it made me feel, I decided a few months thereafter to [it],” he said. “One, because it is only one shot, and two, because my son has severe asthma so I want to protect him if I can.”

“And three, because I had enough of getting tested every time I wanted to do something local requiring it.”