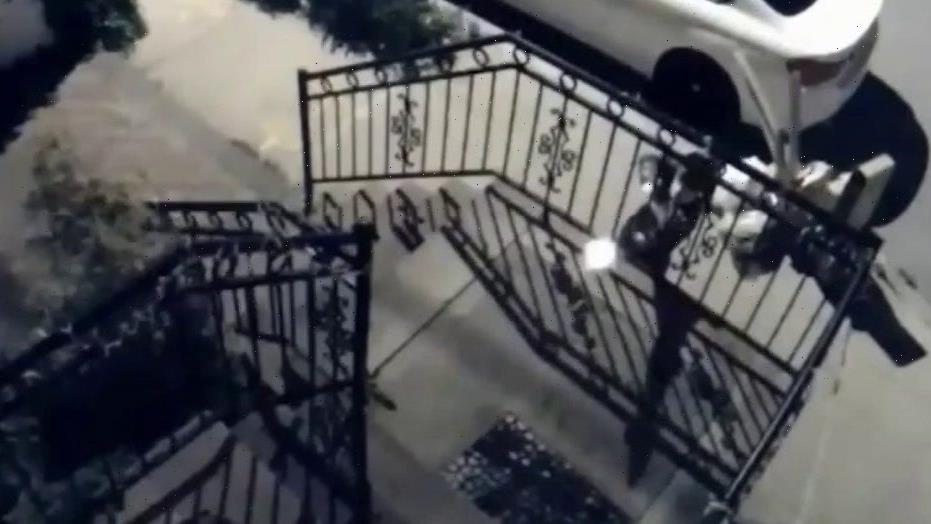 New York City sees weekend of gun violence and crime as NYPD on Saturday responds to park protest in riot gear. Fox News contributor Ted Williams calls on law enforcement to stop being depicted as ‘the enemy of the people.’

The New York City police department responded to 16 shootings over the weekend that wounded to 19 victims citywide, including a 10-year-old boy who died from his injuries, officials said, as officers were also out in droves to enforce a newly instituted curfew at one of Manhattan’s popular parks.

The New York Police Department (NYPD) reported 19 people were wounded in 16 shootings from Friday through Sunday. Four people were killed, including a sixth grader who was gunned down in Queens on Saturday, just days before his birthday, according to officials and reports.

Justin Wallace, 10, was shot once in the torso shortly after 9:30 p.m. on Sunday in the driveway of his aunt’s Far Rockaway home, according to police and the New York Post.

Justin’s father, 57-year-old Albert Wallace, told the Post on Sunday he was in the basement of the home when he heard gunshots and went to investigate.

Justin was rushed to an area hospital, but could not be saved. Police are reportedly investigating a possible dispute over space in the driveway as the motive.

The boy would have turned 11 on Tuesday, the Post reported. A 29-year-old man was also wounded in the shooting but was expected to survive, police said.

Police have released startling video of the shooting and area asking anyone with information to contact authorities.

Police clad in helmets and riot gear responded around 10:20 p.m. to what the department described as a “large disorderly group” of approximately 100 people in the park after it had closed. After being given “multiple opportunities” to clear out of the park, the group instead “refused and began acting in a violent manner toward uniformed officers throwing glass bottles and other objects,” the NYPD said.

Of those people arrested, 13 were men, nine were women and one was a juvenile, police said. The charges ranged from resisting, harassment, menacing, disorderly conduct and failure to comply with a sign.

The NYPD recently announced that it was moving Washington Square Park’s weekend closing time up from midnight to 10 p.m., local affiliate FOX 5 New York reported. In a statement to the news station regarding the decision, the department said it was made “due to safety concerns following several recent incidents where large, and sometimes violent groups have refused to leave the park, and engaged in disorderly behavior.”

“This behavior has included jumping on vehicles, making threats to officers, throwing objects such as bottles and other objects at police and in one instance throwing unknown objects at responding FDNY and EMT vehicles which were responding to a building fire,” the statement continued, according to the report.

If you’ve got a tip, you can reach Stephanie Pagones at [email protected]