Police Commissioner Dermot Shea knows what he wants under his tree this Christmas: for New York to "get serious about guns." He’s not the only one with that wish.

In a meeting Thursday with The Post’s Editorial Board, Shea pleaded for a tougher approach to getting illegal guns off the streets, whether through tweaks to current law or by bolstering the way the laws are carried out by prosecutors, judges, parole officers and the entire criminal-justice system.

"I’ll ask for one thing under the Christmas tree," says Shea. "We need to get serious about guns." The NYPD devotes "much" of its resources toward that, but "we need help."

You bet they do: Violent crime is through the roof, with shootings running at twice last year’s rate and murders up almost 40 percent. Car thefts and burglaries are spiking, too.

The biggest problem? "Gang members with guns," says Shea, usually between the ages of 14 and 30. "If we focus on guns, we can keep incarceration down" and "improve public safety." And though he believes a full-scale reopening of the court system post-COVID will help lock up bad guys and push down violence, cops will "still need help" even after the pandemic ends 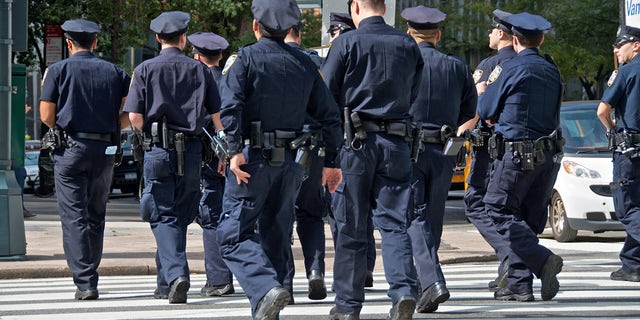 Shea’s right: Too many violent, young men are carrying firearms out on the streets — walking free, when they should be behind bars.

And the commish knows why: New York’s supposedly tough gun laws are effectively "fake," because criminals caught with firearms are let off easy.

"Supervised release," where suspects are freed and, theoretically, closely monitored, is just a "buzzword that the advocates insert, with no real repercussions," he argues. The supervision is a joke, and data showing that it works "doesn’t exist."

Paroled convicts who don’t show up for meetings or otherwise violate the terms of their release aren’t immediately locked up again but given endless second chances instead.

The still-botched no-bail law has meant even more suspects roaming free — and more potential witnesses staying quiet because it also ensures defense lawyers quickly get personal info on anyone helping a prosecution.

Shea blasts "prosecutors" and "judges," in particular, for their leniency toward violent offenders: "We’re one part of the criminal-justice system," he says. "We’re not the jury. We’re not the prosecutors. We’re not the system that puts ankle bracelets on."