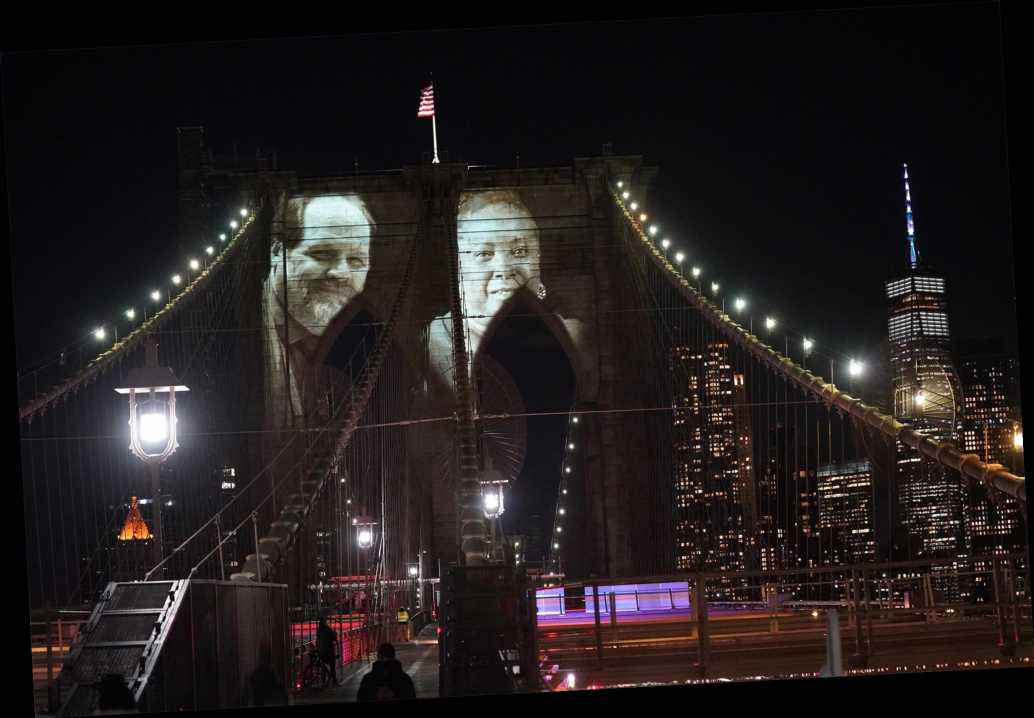 How I survived a year in a weird and empty Manhattan

New York City honored the 30,000 residents who died of coronavirus in a remembrance ceremony Sunday night that featured faces of the pandemic’s victims projected in light on the Brooklyn Bridge.

The virtual memorial, called, “A COVID-19 Day of Remembrance,” was held on the one-year anniversary of the city’s first known coronavirus death.

“Every morning, the first thing I see is a list,” Mayor Bill de Blasio said at the ceremony. “And there are numbers on it. But what it really means, is how many people we lost.

But, de Blasio said, the memory of those lost will carry on forever.

“Every single one of them. Everyone we’ve lost — what they did goes on. What they contributed, what they created, the love they gave goes on,” he said.

As of Sunday afternoon, 30,258 people in the Big Apple have died from the virus, according to city data.

Among the victims was a Harlem grandfather named Francisco Juarez-Garcia.

Juarez-Garcia’s daughter, Carolina Juarez Hernandez, recalled during Sunday’s memorial the heartbreaking moment she last saw her father before he died at the hospital.

She and her mother had just tested negative for the virus, but her father remained ill and was admitted to hospital’s coronavirus wing, which barred visitors.

“When security stopped me, I didn’t think to hug him goodbye,” said an emotional Carolina.

“I wanted to keep his spirit up. So I just said, ‘I’ll talk to you later.”

“To this day, I regret not giving him that hug. Because I never got to see him in person again,” she said.

The first known COVID-19 fatality in the city — also considered the first in the state — was that of an 82-year-old woman who died at Wyckoff Heights Medical Center in Brooklyn.