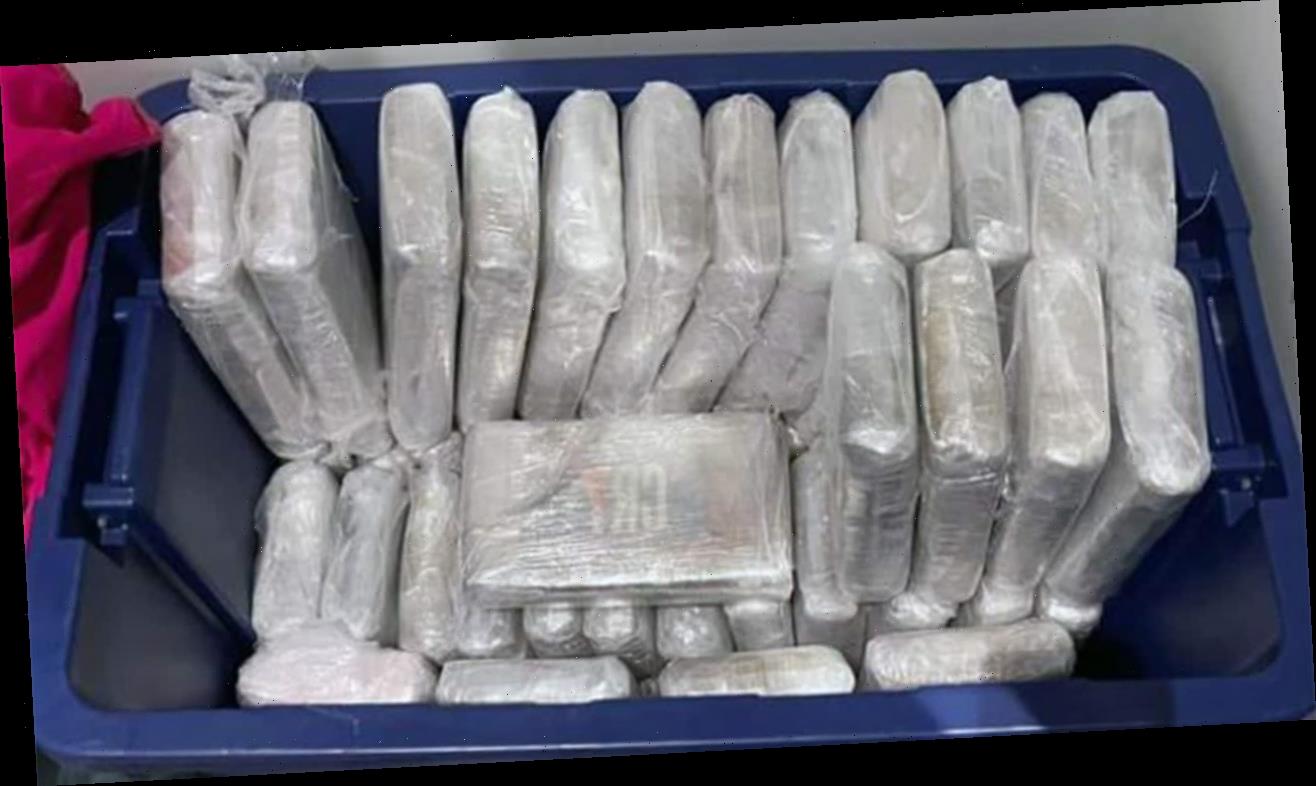 More than 100 pounds of cocaine branded with “CR7” — the nickname of soccer superstar Cristiano Ronaldo — were seized on Monday afternoon in a luxury residential complex in the Queens borough of New York City, according to federal prosecutors.

Queens District Attorney Melinda Katz said in a statement, “These defendants allegedly brought a massive amount of cocaine into our community while illegally armed. Working together, law enforcement will always go after those who would degrade our borough by trying to set up dangerous, illegal enterprises here. I want to thank all those involved in this investigation for their hard work and efforts that continue to keep our neighborhoods safe.” 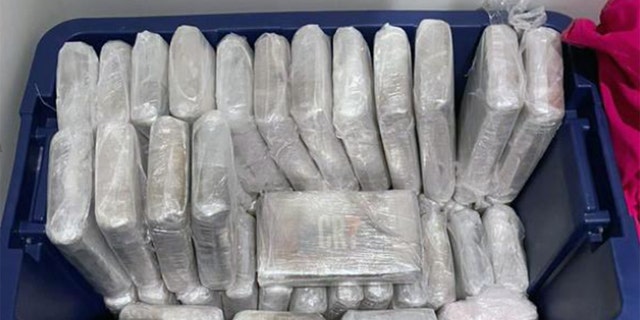 More than 100 pounds of cocaine branded with "CR7" — the nickname of soccer superstar Cristiano Ronaldo —were seized on Monday afternoon.
(DEA)

This isn’t the first time Ronaldo’s nickname or likeness has been part of a drug bust. In 2017, the soccer star’s image was emblazoned on the packaging of 517 grams of cannabis resin and 50 grams of cocaine seized by police in Southern France.

In this latest case, at around 3:15 p.m. on Monday, local and federal authorities part of an ongoing drug investigation saw Jones enter the complex empty-handed and leave shortly thereafter with a weighted suitcase.

He allegedly placed the suitcase in a blue Dodge Caravan and drove away.

Jones was apprehended after agents and investigators found approximately $200,000 in the suitcase; the money was packaged in a manner consistent with drug trafficking.

Williams was spotted near the apartment where the CR7 drugs were found, and seized subsequently. 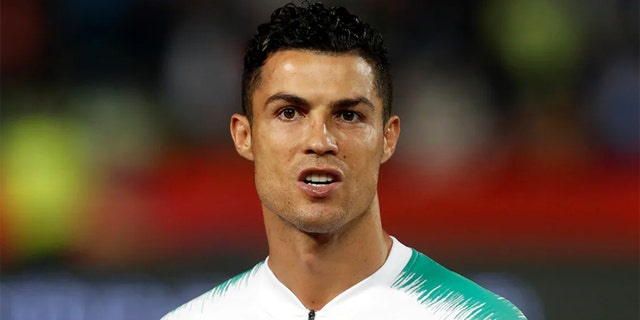 "CR7" is the nickname of soccer superstar Cristiano Ronaldo.
(AP)

“It is shocking to find, in an apartment closet in a large residential development across the street from a public park, a stash of cocaine worth $2 million dollars, a handgun and equipment to support large scale narcotics trafficking,” said Special Narcotics Prosecutor Bridget G. Brennan in a statement. “I thank the attorneys, investigators and agents who uncovered this for their diligence.”

State Police Acting Superintendent Kevin P. Bruen added, “I commend our members with the Special Investigations Unit and DEA Group D-43, along with our federal and local partners, for their hard work in uncovering this operation and preventing more illegal drugs from reaching our streets. Through close collaboration, we have dismantled a dangerous cocaine operation in a populated and busy residential complex. These individuals had no regard for the dangers they, or this operation brought to this community and beyond. We, along with our partners, are dedicated to continue the work that will bring these individuals to justice.” 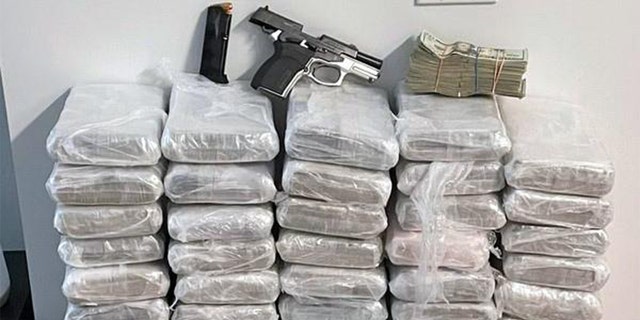 One loaded handgun and more than $200,000 were also recovered from a seventh-floor apartment in a two-building 17 story residential complex containing a gym, lap pool and roof deck.
(DEA)

Authorities have been alarmed by rising drug problems during the pandemic.

“Stimulants like cocaine are the vehicle traffickers are using to attract customers,” said DEA Special Agent in Charge Ray Donovan in a statement.  “Cocaine seizures by DEA New York have increased over 200% in the first three months of 2021 in comparison to the first quarter of 2020.  Through our investigations and recent CDC statistics, we know that local organizations are mixing cocaine with fentanyl which have added to the alarming overdose rates nationwide.  I applaud our agents and law enforcement partners for their enforcement efforts which ultimately save lives.”