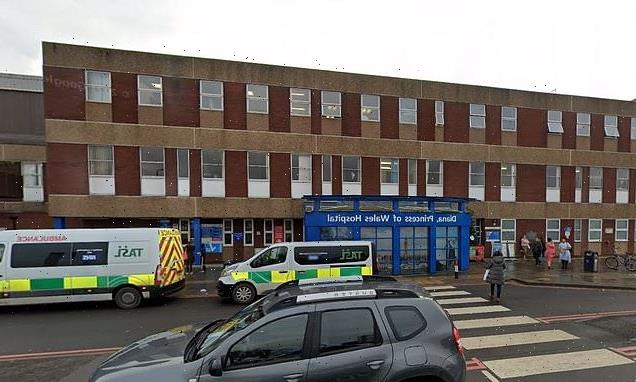 Nurse who was sacked after being accused of making racist comments about Nigerian staff like ‘spot the white person’ wins £5,000 compensation for unfair dismissal

A nurse who was sacked for making racist comments about Nigerian colleagues like ‘spot the white person’ has won more than £5,000 in compensation after winning an unfair dismissal case.

Susan Brannan was accused of making a series of highly offensive and derogatory slurs about a group of African nurses working on her ward, including ‘this is our hard-earned NHS money bringing these over’.

An employment tribunal heard she was looking at the staff rota when she allegedly said ‘have you come to play spot the white person’ and ‘have you seen this, I’m the only white person on’.

Ms Brannan brought a series of unfair dismissal claims to the tribunal, maintaining she was only fired because she had made whistleblowing complaints about Nigerian nurses turning up late, falling asleep on the job and force-feeding patients.

The 67-year-old, who was described by the tribunal as an ‘experienced and devout nurse’ of 25 years, was awarded £5,387.25 in compensation after a tribunal ruled her dismissal and appeal were not conducted fairly.

The tribunal, held in Nottingham, heard Ms Brannan worked on the Konar ward of a mental health unit called The Gardens at the Diana Princess of Wales Hospital in Grimsby.

She said they were turning up late for shifts and falling asleep on duty because they were tired from working second jobs.

In June, the tribunal heard she made a complaint to associate director Janine Smith about nurses falling asleep and an incident of ‘force feeding’.

Ms Brannan worked on the Konar ward of a mental health unit called The Gardens at the Diana Princess of Wales Hospital in Grimsby.

She told the tribunal: ‘There was all sorts going around. I told the overseas nurses that we don’t lock the doors because they’re wanting to lock their patients in their rooms.’

Ms Brannan said they discussed how staff were afraid to comment because of ‘racist connotations’.

In October 2019 Ms Brannan filled in a staff feedback form, raising concerns about ‘favouritism’ and ‘victimisation’.

She also wrote: ‘There appears to be a culture of victimisation against staff who complain. There have been comments made of ageism and racism. Konar has unfortunately become a TOXIC environment.’

She also complained to the chairman, Tom Hunter, that she felt the integration of the new nurses into the existing workforce was not going well because the nurses from Nigeria ‘keep themselves separate and often spoke in their own language in mixed company’.

Shortly after this meeting, the first official allegation of racism was made against Ms Brannan by Leanne Grimes, a newly qualified nurse.

She said: ‘I overheard Sue say to them ‘have you come to play spot the white person’.

‘Another time during a conversation between myself and Sue she stated to me that ‘[senior operational manager Freedom Nwokedie] isn’t interested in you white girls anymore’ and went on to further add… ‘it’s all about them now’ referring to the newest recruited nurses.

‘On another occasion… Sue stated ‘this is our hard-earned NHS money bringing these over.

‘Sue then expressed (what I interpreted as her annoyance) at the fact that her son-in-law had not passed the interview stage for a job on Konar suite at the beginning of the year stating ‘yet half of these can’t speak English, how is that fair’.

‘This weekend just gone Sue was working nights and she came on duty stating she was not happy with how the rota had been done and stated, ‘have you seen this, I’m the only white person on’.’

Ms Grimes added at the end of her complaint: ‘These kinds of comments are becoming more frequent… and they are beginning to make staff, myself included, feel very uncomfortable.’

Shortly afterwards, Jodie Prest made an allegation Ms Brannan said: ‘They’ve come to our country they need to do what we do.’

She said she heard Ms Brannan complaining ‘That it was all well and good pushing nurses like herself out the door to make room for all of them to come and take our jobs’.

Pete Ayangbile, a mental health practitioner, also complained: ‘[A] member of staff will usually feel uncomfortable whenever she is on shift with black and minority groups. I find this attitude a disgraceful one.

‘This member of staff once said ‘I am the only white on shift’.’

When confronted with these allegations, Ms Brannan told her bosses the three complaints were lies and were retaliation for her having raised concerns about the Nigerian nurses.

The tribunal heard she was suspended in October for making racist comments and had a disciplinary meeting in November, at which she said: ‘No offence to the Nigerian girls, but there’s no passion.

‘These old people, they are frightened and I can understand why. These are people from an ethnic minority town, which we are, and all of a sudden, these girls, yeah they’re nurses, but they’ve come from such a different environment… and they are not used to that.’

She also said: ‘They’re all from different part of Nigeria, different tribes. They’re even falling out with each other because they were living together in one place.’

She was sacked in December, after bosses ruled she had made four racist comments; ‘have you come to play spot the white person?’, ‘Freedom isn’t interested in you white girls anymore’, ‘have you seen this, I’m the only white person on’ and ‘this is our hard-earned NHS money bringing these over’.

The tribunal ruled she was fairly sacked for making racist comments, but the procedure was not fair.

It heard how the ‘spot the white person’ comment was not heard by other witnesses and ruled it had been ‘lumped in with the other allegations’ despite a lack of any corroboration.

With regards to the ‘NHS money bringing these over’ comment, the tribunal said the appeal did not interview any other witnesses.

Her compensation of £5,387.25 was a reduced amount, as the tribunal found she was to blame for her dismissal.

Employment Judge Rachel Broughton said: ‘[Ms Brannan], more so than other colleagues, was resistant to the arrival of the new nurses and the changes.

‘Her language and attitude the Tribunal find, became divisive and her resentment… negatively affected her perception of the new nurses and this was exhibited in the ‘them and us’ language she was using.’