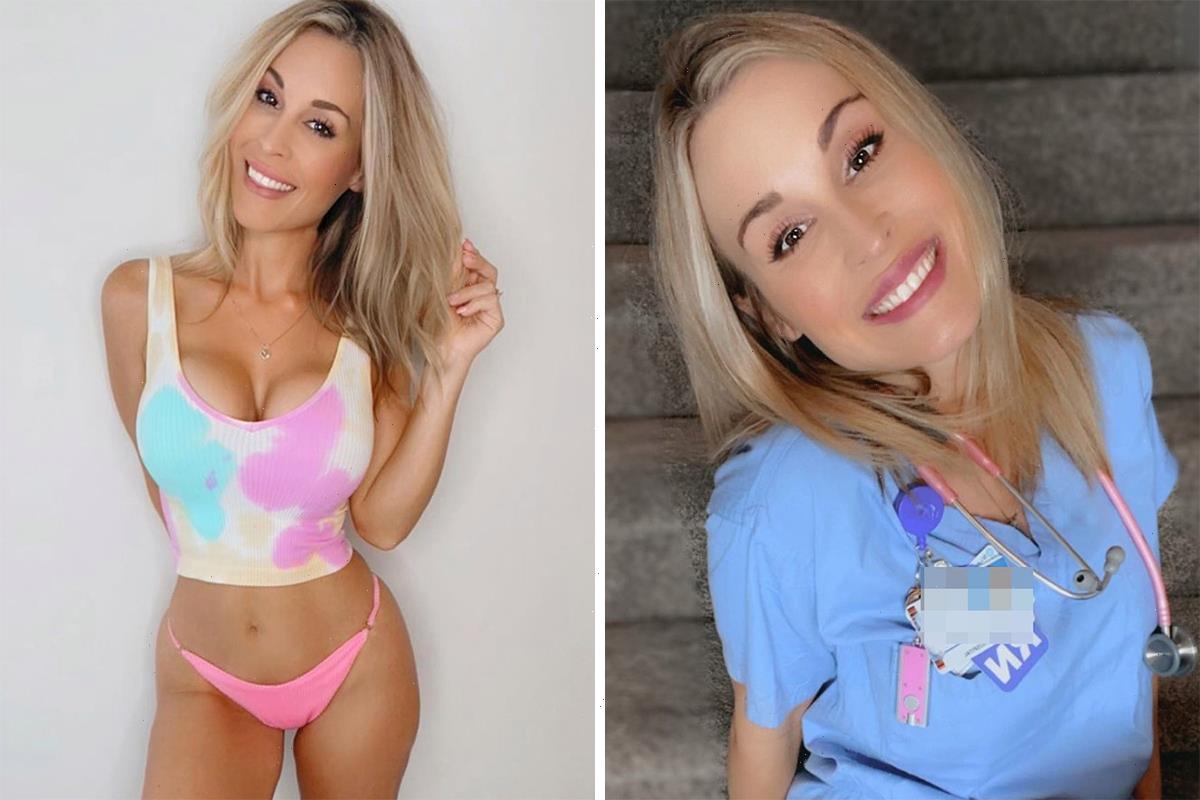 NURSE Allie Rae quit her day job to run her OnlyFans account full-time – and is now making up to $75,000 a month through the site.

The former nurse told The Daily Beast that she was given an ultimatum, delete her accounts or quit, when some coworkers discovered her photos online. 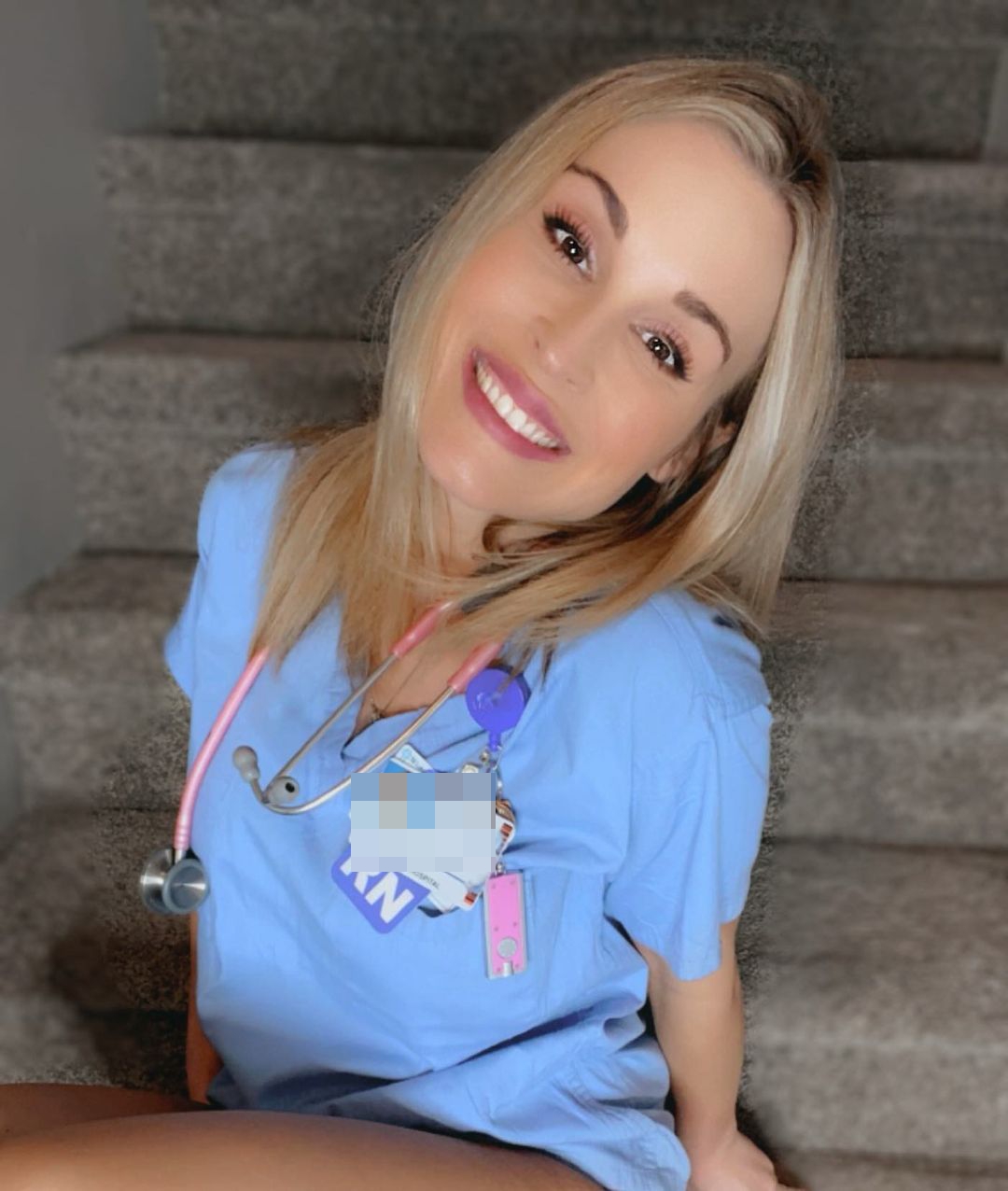 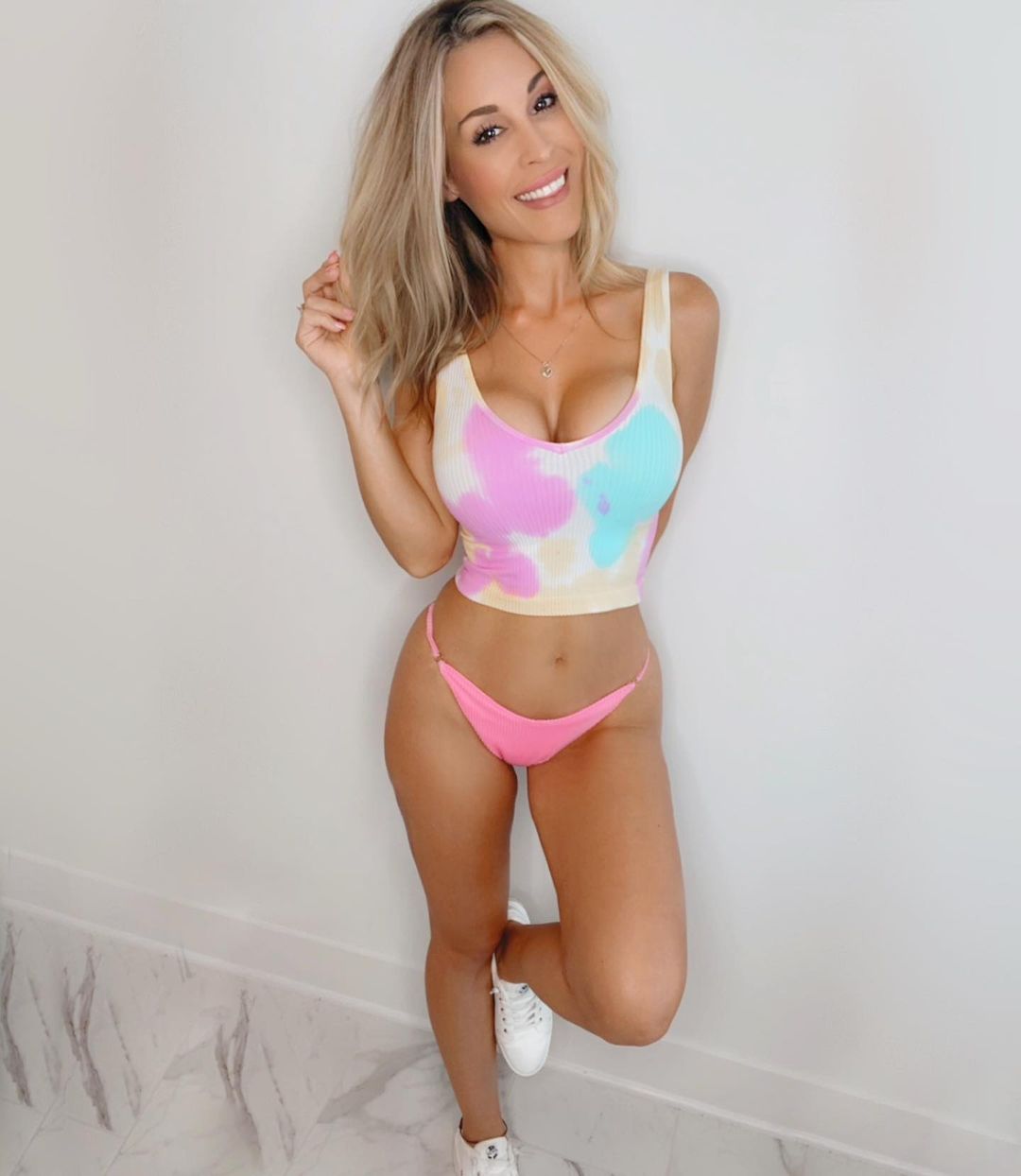 Rae said she began working for the Navy at age 17, married her husband shortly thereafter, and had two children right away.

She decided to leave and enroll in nursing school after seeing the devastation caused by Hurricane Katrina while she was stationed in New Orleans.

She soon realized that she had a natural gift for nursing and helping others.

"I started off in labor and delivery, which is where I always wanted to be," she said.

"Then I started to realize that anytime something went wrong with a baby I was incredibly nervous, so I made myself shadow in the NICU [neonatal intensive care unit] in order to get past my fear and ended up falling in love with it. I can say with pure confidence that I was a fantastic NICU nurse."

While she described her 14-hour days as "taxing" and "draining," Rae told the outlet that she began posting revealing photos of herself on Instagram and The Chive, under the alias Allie Rae, to blow off some steam.

In December 2020, at the height of the Covid-19 pandemic, some other nurses at her job saw her photos online and reported them.

"They informed my manager about that and I was called into the office about their social media policy," she said.

Since she was using an alias and was not posting anything about where she worked, she was let off with a warning.

However, a few months later, the coworkers got a hold of her OnlyFans account, subscribed, and brought screenshots back to the manager.

"They got the director involved and it was, 'You need to get rid of this account or we can’t have you working here.' That really bothered me,” she said.

So Rae, a 37-year-old mom of three, decided to quit, noting how much more she made on OnlyFans.

"I was making more money on OnlyFans than I was as a nurse and was only doing it because I loved it — but once I became 'the girl who does OnlyFans,' it tore me apart," she said.

ONLYFANS TOOK OFF AMID THE PANDEMIC

After setting up an OnlyFans account in the middle of the pandemic in September 2020, Rae said she quickly garnered quite a following.

"I posted a couple of photos and by the end of the day, I had 20 subscribers," she said.

"So, I posted every day—or every other day—and by the end of our first month, we’d made $8,000, which surpassed my monthly nursing salary."

She said using the site felt "liberating" since she and her husband were married so young.

Rae said that what she offers on OnlyFans has expanded over the past year from just photographs to more scandalous images and pay-per-view videos of her and her husband — and it's paid off.

"We’ve definitely expanded our horizons from the beginning,” she said.

"For instance, I never saw us selling videos of us having sex to strangers online, but now we do it. That came with many late-night conversations and talking things through together."

Rae's now pulling in an average of $65,000 to $75,000 a month through a combination of subscriptions and pay-per-view clips, The Daily Beast confirmed.

"We try to provide a fly-on-the-wall experience, and I think that’s been a huge part of our success during the pandemic,” Rae said.

"It’s a full-time job for me now, but I never want it to feel like I’m ‘selling myself’ online. It’s just us having fun and enjoying ourselves." 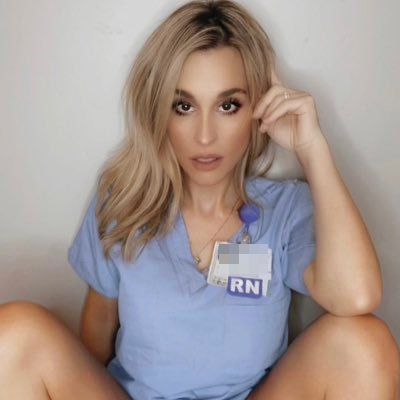 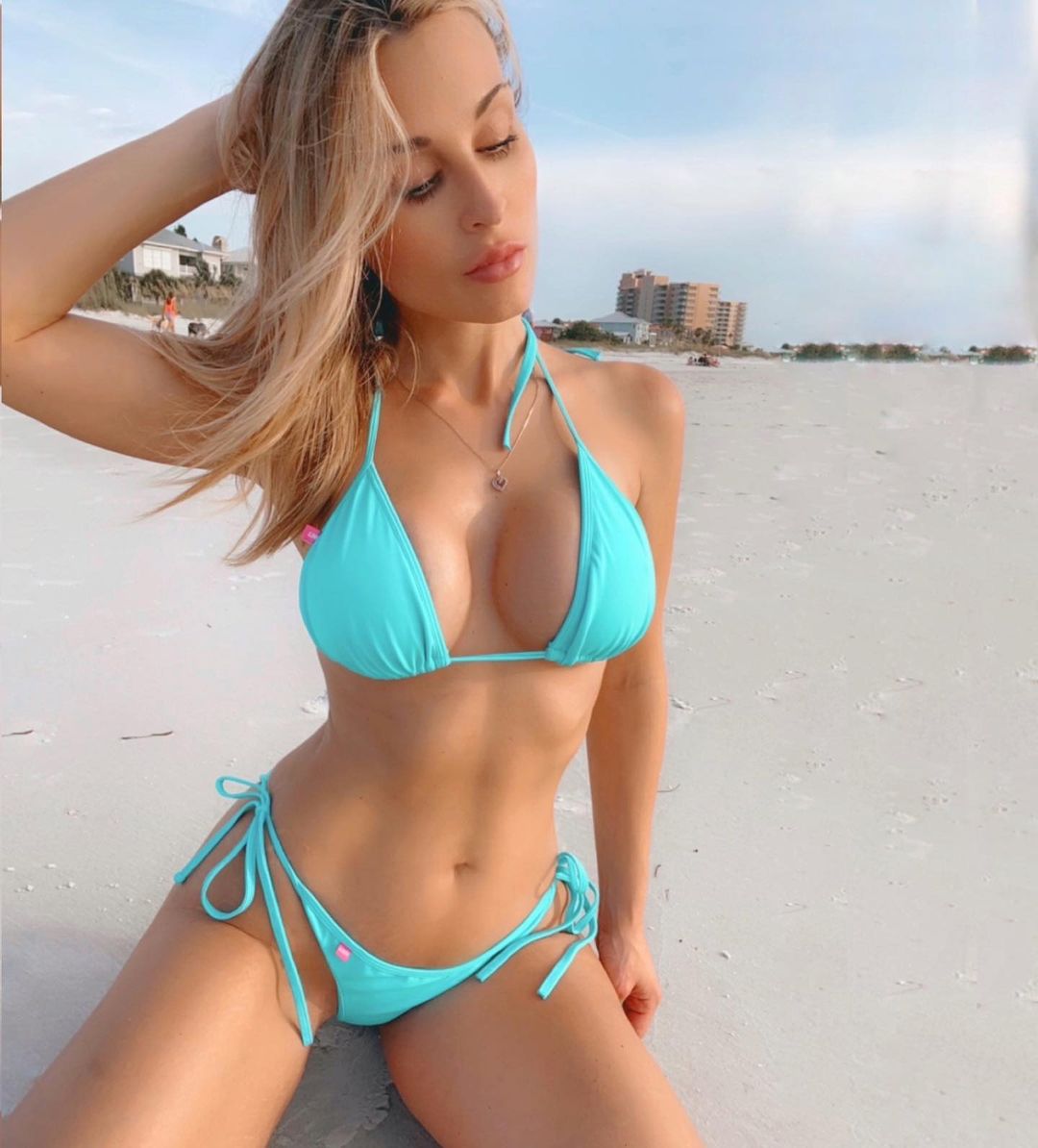 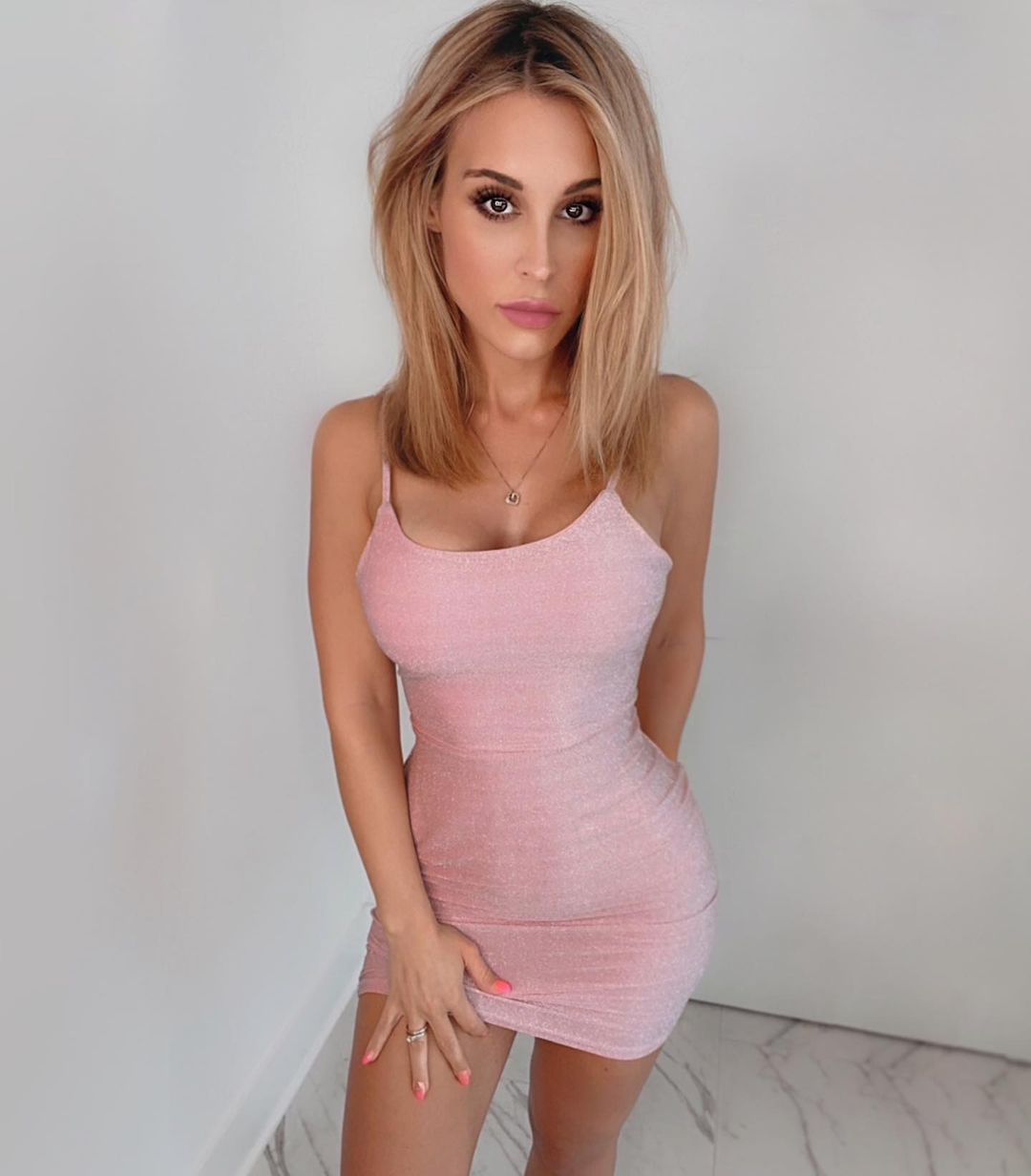