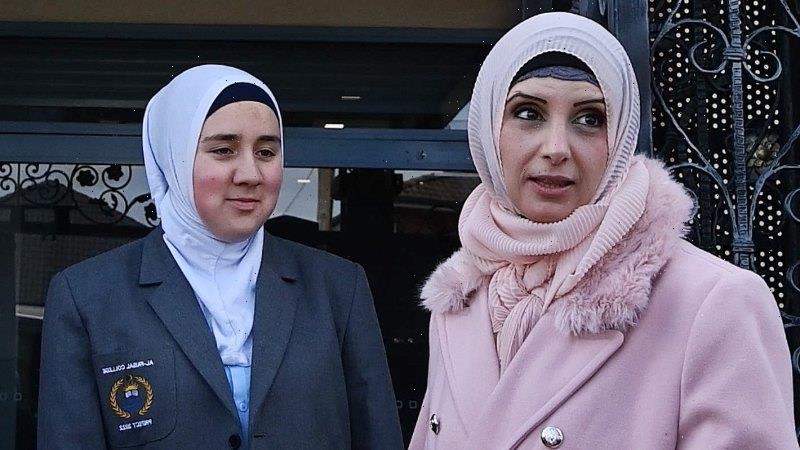 Islamic school enrolments across NSW are surging amid record demand but principals say strict enrolment caps mean they are forced to turn away hundreds of prospective students every year.

New figures reveal student numbers have more than doubled in the past decade. Almost 20,000 are enrolled in the state’s 28 Islamic schools. 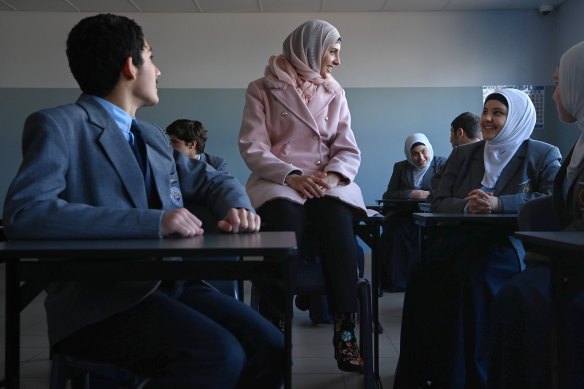 Osman Karolia, Islamic Schools Association of Australia NSW national secretary, said schools could not keep up with the community’s needs.

“What we’re seeing over the better part of the past decade is a huge demand, and that demand means most schools have very long waiting lists and that only seems to be increasing over time,” said Karolia, also the principal of Arkana College in Kingsgrove.

Figures from The Association of Independent Schools of NSW show Islamic school enrolments account for 9 per cent of independent school students — up from 5.4 per cent in 2011, when there were 18 Islamic colleges.

While the schools make up just 0.56 per cent of NSW’s independent colleges and campuses, they accounted for 18.4 per cent of all additional enrolments in 2021 across the sector.

Al-Faisal College, the state’s largest Islamic school, has almost 4000 students across its three campuses. It wants to open a fourth in Lakemba, as well as increase its Liverpool school by about 4500 students over the next 20 years. 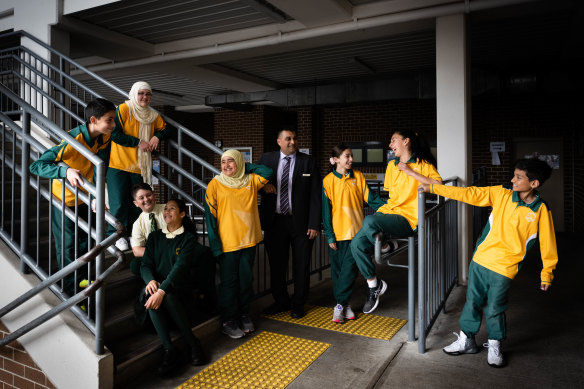 The low-fee school is popular with parents in part due to its academic results; it ranked as the state’s 26th best performing school in the HSC last year.

Principal Safia Khan Hassanein said the school had a combined waiting list for 2023 of 700 prospective students across its campuses.

Its Auburn campus has space for 400 extra students and the school is asking Cumberland Council to increase its cap.

She said the school was trying its best to at least take siblings of students but would have to turn some away unless caps were lifted.

“We are seeing an influx of many families moving to the west and hence a greater demand on our
school,” Hassanein said. “We are extremely grateful, fortunate and blessed to be living in Australia where people are able to practice their religion and have choice in how they live their lives.

“There has been an increase in Islamic schools over the past decade. However, not all families who would like their children to attend an Islamic school are able to do so at present.”

The first Islamic school in regional NSW opened in Young, on the South West Slopes, in 2017 and is already searching for a larger site.

The school started with 20 students and now has 120 enrolments. It is soon expected to reach its capacity of 130.

“Some parents, they’ve come out just to be in the region, and then they find out there’s an Islamic school,” she said. “Now we’ve also got some families who are seeking out the Islamic school because they want their kids to learn the Arabic language to read the Koran.”

Hijazi, who previously worked for the education department and in the IT sector, said the school was focused on engaging with the broader community.

“Being in a small town, high priority is that our kids integrate and we’re not isolated,” she said. 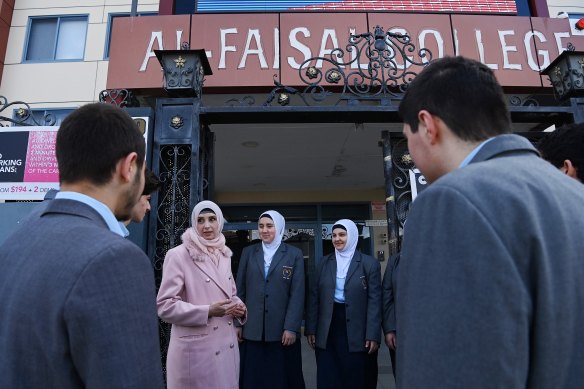 Safia Khan Hassanein has witnessed greater demand for places at her school.Credit:Kate Geraghty

Karolia said Sydney’s Islamic schools were a broad community at different ends of the religiosity spectrum and increasingly catered towards “upwardly mobile” parents born in Australia.

“I don’t think that parents are looking to desert the public school system, but there may be sections of the community which may want to hold on to their traditional beliefs, traditional faith instruction and cultural and religious identity which attracts them to Islamic schools,” he said.

A number of Islamic schools have come under scrutiny from government authorities in the past decade for governance issues and misuse of funding.

But Karolia said Sydney’s schools had rapidly improved compliance in recent years and that the schools were not “bastions of conservatism”.

“As the community evolves and becomes more upwardly mobile and more sophisticated, we now have got a higher calibre of responsible people with broader corporate and other experiences who are largely either born in Australia or a product of local secondary and tertiary education systems,” he said.

“They are a lot more aware of liability and responsibilities, particularly around governance.”

Chief executive of Australian Independent Schools NSW Dr Geoff Newcombe said the growth of Islamic schools, along with increased enrolments in Anglican schools, had underpinned a surge of students in the independent sector.

“As remarkable as this growth seems, it has actually been constrained by enrolment caps imposed as a condition of the development approval for these schools. This has forced many schools to turn away scores, if not hundreds, of students each year including siblings,” he said.