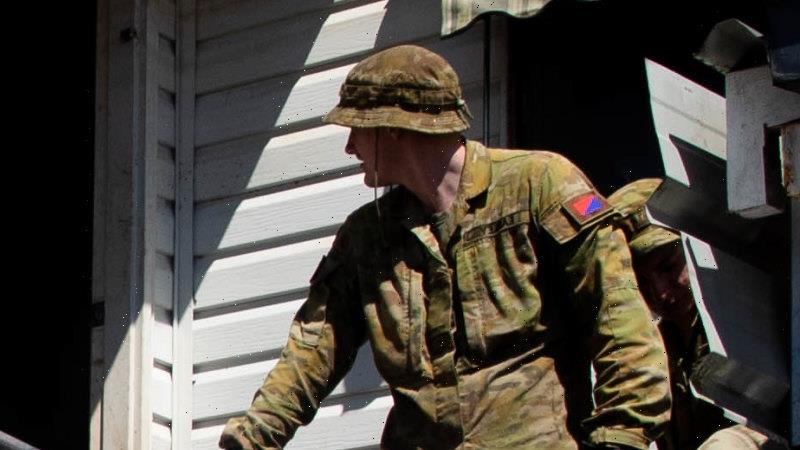 NSW made three formal requests for the Australian Defence Force to help in flood-ravaged Lismore but was offered fewer than 300 on the same day the federal government said it had 2000 ready to go if requested.

In a sign of escalating tensions between NSW and Canberra over the handling of the unprecedented flood crisis, the state government made its first request for assistance on February 27 before the full extent of the disaster hit. 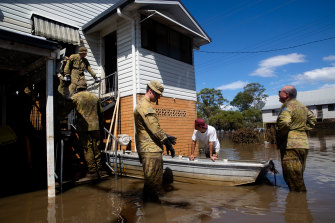 ADF troops joined with local volunteers to help with the clean-up in Woodburn, after the northern NSW flood crisis.Credit:Janie Barrett

However, NSW did not receive any confirmation from the federal government about troop numbers and only heard about a promise of 2000 personnel via a journalist, who obtained a statement from the federal Emergency Services Minister Bridget McKenzie late on a Friday night on March 4.

Ms McKenzie’s’ statement said the troops were ready to go if states requested them.

Just hours earlier, the ADF told Resilience NSW commissioner Shane Fitzsimmons that it could provide 280 troops for the start of the clean-up in Lismore. NSW had made a request, known as a DACC (defence assistance to the civilian community) for as many troops as could be spared as soon as possible.

By the next morning, Saturday, March 5, the number being cited by the federal government had more than doubled to 5000, but again NSW was not formally told by their federal colleagues. Two senior NSW government sources said the ADF was also blindsided.

On Sunday, News Corp reported that NSW knocked back offers for ADF help, in a move likely to further inflame relations between Prime Minister Scott Morrison and Premier Dominic Perrottet over the flood response.

Mr Perrottet said his focus was “getting a roof over people’s heads, getting the clean-up complete and providing people with support that they need at this incredibly difficult time”.

“At all levels of government, we need to learn from our experiences and look for opportunities to improve our response and protect our people,” Mr Perrottet told the Herald.

“The focus now should not be on blame but on being honest, working out what mistakes were made, owning them, learning from it and making sure they are never made again.”

In a veiled attack on the federal government, Mr Fitzsimmons expressed his anger with the way in which operational information had been provided and stressed that NSW and the ADF had a strong working relationship.

He said it was “woefully inadequate” that was he made aware of additional troop numbers by the media.

“Let me reiterate, until I talked to a journalist, I had heard no such figure of 2000,” Mr Fitzsimmons said. He immediately called the NSW ADF Brigadier for clarification which could not be provided.

According to NSW officials, the state made its first request for troops on February 27, seeking assistance with sandbagging and door-knocking, and about 180 troops were deployed.

The state made its next request, on February 28, for helicopters as well as high clearance vehicles and troops as soon as possible. Helicopters were deployed once the weather cleared enough to ensure it was safe to fly. A third request was made on March 4, the same day as Ms McKenzie’s statement.

“In my mind, the operational relationship with the Australian Defence Force, including the securing and integration of personnel and resources has never been better,” Mr Fitzsimmons said. “But when you have details of numbers being released via the media, that detracts from that genuine relationship and undermines confidence and trust.”

On March 4, Ms McKenzie provided a statement to Herald which said 2000 ADF personnel were ready to help. However, it was up to the state governments to decide when and where they should be deployed, she said.

“As the commonwealth government, we can’t deploy the ADF into states. So, our ADF assets are exactly where the state governments have requested them,” she said.