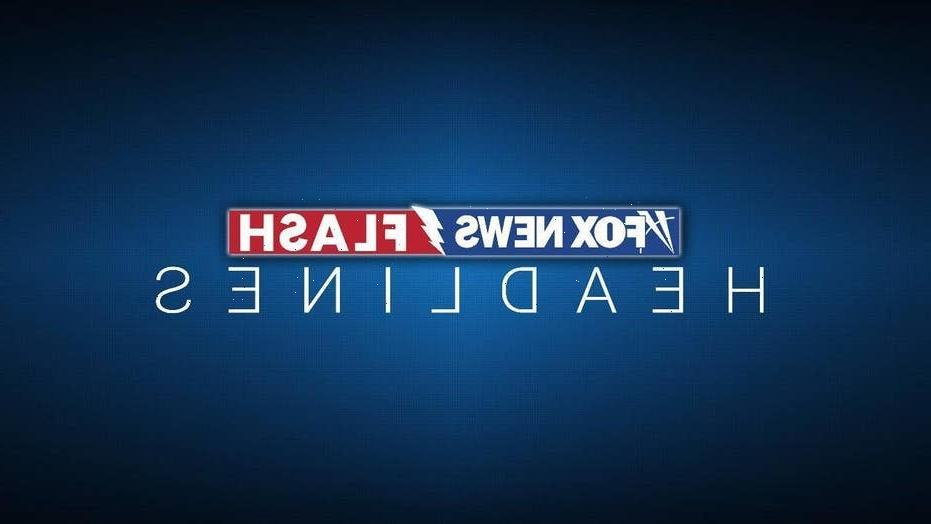 The firefighters weren’t there to extinguish the fire. They had started it.

The prescribed burn, ignited this month near the scenic mountain town of Bend, is part of a massive effort in wildlands across the U.S. West to prepare for a fire season that’s expected to be even worse than last year′s record-shattering one.

The U.S. Forest Service and the Bureau of Land Management have thinned by hand, machines and prescribed burns about 1.8 million acres (728,000 hectares) of forest and brushland since last season, officials from the agencies told The Associated Press. They typically treat some 3 million (1.2 million hectares) acres every year. 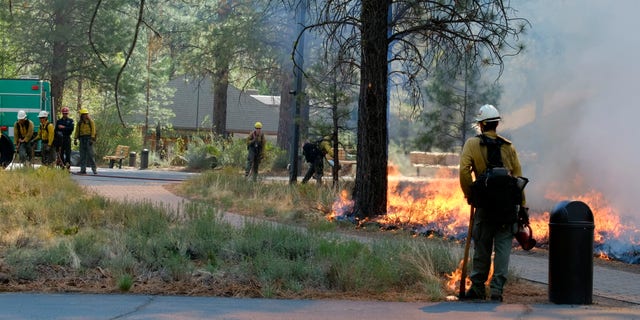 All that activity, though, has barely scratched the surface. The federal government owns roughly 640 million acres (260 million hectares) in the U.S. All but 4% of it lies in the West, including Alaska, with some of it unsuitable for prescribed burning.

“All these steps are in the right direction, but the challenge is big and complex,” said John Bailey, professor of silviculture and fire management at Oregon State University. “And more needs to be done to even turn the corner.”

The efforts face a convergence of bleak forces.

Severe drought has turned forests and grasslands into dry fuels, ready to ignite from a careless camper or a lightning strike. More people are building in areas bordering wildlands, expanding the so-called wildland-urban interface, an area where wildfires impact people the most. Invasive, highly flammable vegetation is spreading uncontrolled across the West.

“I’m seeing probably the worst combination of conditions in my lifetime,” said Derrick DeGroot, a county commissioner in southern Oregon’s Klamath County. “We have an enormous fuel load in the forests, and we are looking at a drought unlike we’ve seen probably in the last 115 years.”

In other prevention measures in the West, utility companies are removing vegetation around power lines and are ready to impose blackouts when those lines threaten to spark a fire.

Armies of firefighters are being beefed up. And communities are offering incentives for residents to make their own properties fire-resistant. 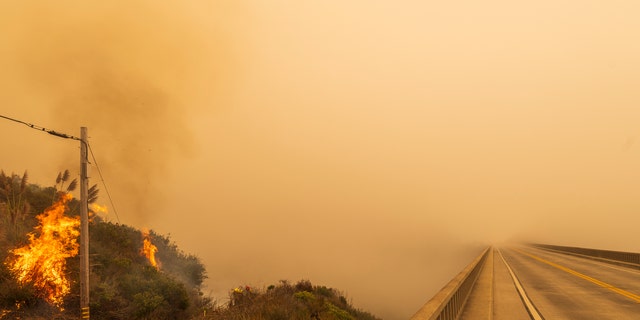 Still, much work remains to change the region’s trajectory with fire, particularly in two key areas, said Scott Stephens, professor of wildland fire science at the University of California, Berkeley.

On the local level, individuals and communities need to create defensible spaces and evacuation plans, he said. On the government level, more resources need to go toward managing forests.

“I think we’ve got one to two decades,” Stephens said. “If we don’t do this in earnest, we’re frankly just going to be watching the forest change right in front of our eyes from fire, climate change, drought, insects, things of that nature.”

Cities or states could require defensible spaces around homes. Building codes could call for fire-resistant materials. That would drive up construction costs but also mean homes would be less likely to burn and need rebuilding, she said.

“The insurance industry and the building industry and communities and lawmakers are all going to need to have the will to create these changes,” she said.

Fleishman also believes more prescribed fires could be conducted in the wildland-urban interface, but said “society is risk averse.” 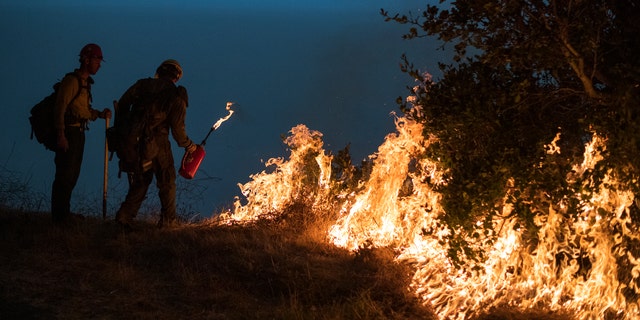 “Right now, there’s not, in many cases, a whole lot of will to do it,” she said.

Prescribed burns target vegetation that carries flames into forest canopies, where they can explode into massive wildfires.

Planning and preparing for them can take two to five years. And carrying them out is a never-ending task, said Jessica Gardetto, spokeswoman for the National Interagency Fire Center, in Boise, Idaho.

While targeting one forest, other forests continue to grow, creating “this vast buildup across the landscape,” she said.

Besides overgrown forests, the West faces a newer threat: cheatgrass, which grows prolifically after a wildfire and becomes incredibly flammable.

Gardetto said trying to get rid of the invasive grass is like the endless toil of Sisyphus, the Greek mythological figure who was forced to roll a boulder up a hill, only for it to roll down as it neared the top, over and over again.

After a fire is put out, the first thing to come back is cheatgrass.

“It starts this horrible cycle that is really difficult to combat,” she said. 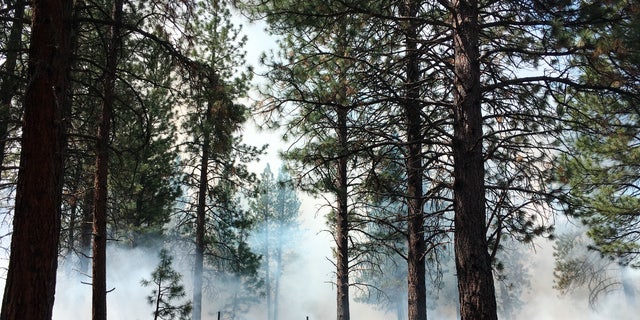 They have a long way to reach that goal. Cal Fire, a state agency responsible for protecting over 31 million acres (12.5 million hectares) of California’s privately owned wildlands, treated some 20,000 acres (8,100 hectares) with prescribed fire and thinning from last summer through March.

Meanwhile, California increased the number of seasonal firefighters by almost 50%, according to Lynne Tolmachoff, spokeswoman for Cal Fire.

With the fire season getting longer each year, Colorado lawmakers last spring allocated about $3 million to increase staffing at the Colorado Division of Fire Prevention and Control, said Mike Morgan, its director.

“Historically, wildland firefighters were college students. They’d get out of school on Memorial Day, they’d go fight fire, and they’d go back to school on Labor Day,” Morgan said. “Well, now we’re having fires every month of the year, and so we need firefighters year-round.”

The Bureau of Land Management is transforming its seasonal firefighting force to fulltime with a $13 million budget increase, Gardetto said.

Despite all these efforts, warnings are going out telling people to be ready for the worst.

The Oregon Office of Emergency Management advised residents on Monday to have a bag packed and have an evacuation plan.

“Abnormally dry conditions and pre-season fires on the landscape are causing concern for the 2021 wildfire season,” the agency said. “Now is the time for Oregonians to prepare themselves, their families and their homes for wildfire.”