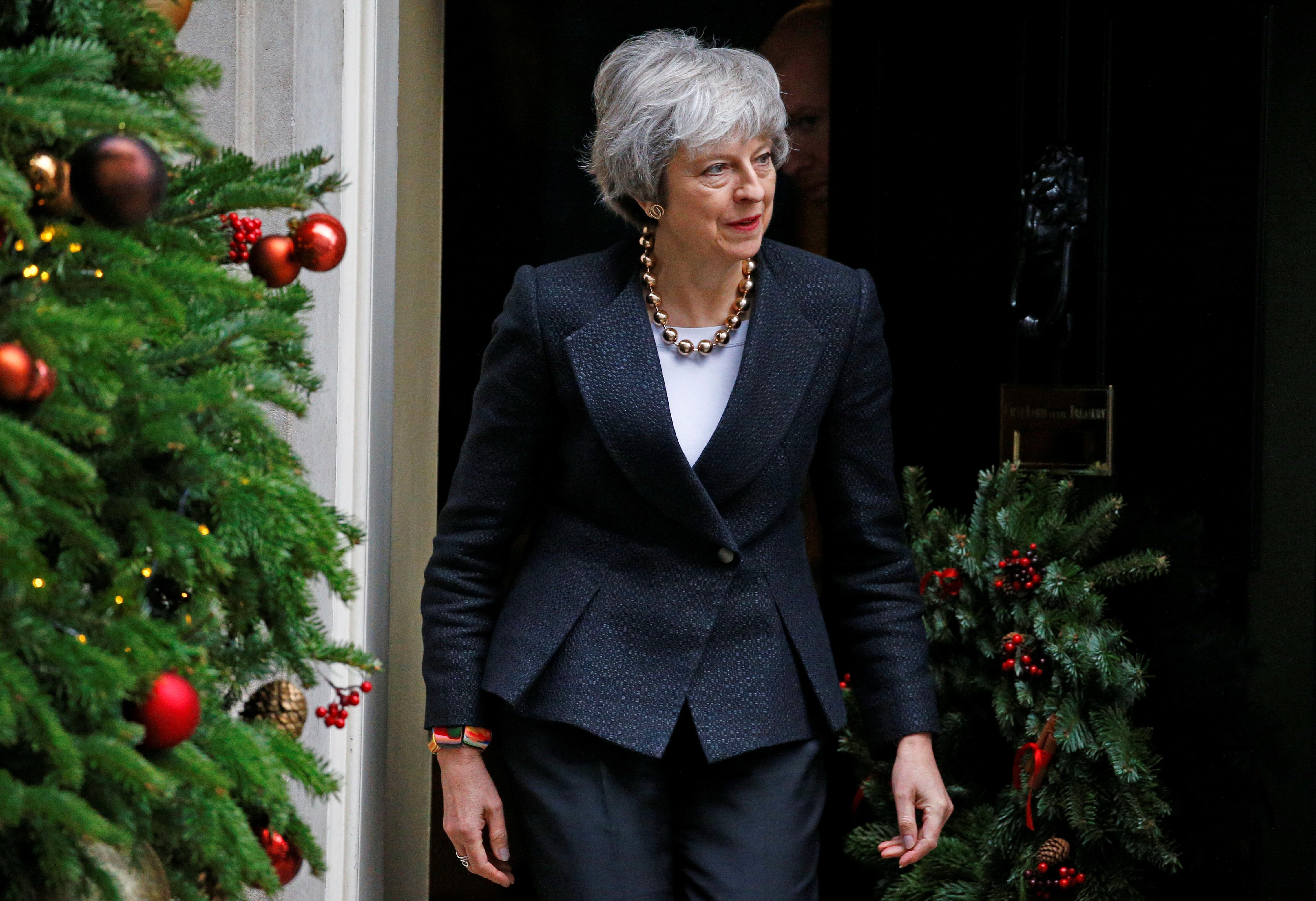 BELFAST (Reuters) – The Northern Irish party that props up Britain’s minority government will hold Prime Minister Theresa May to her commitment to secure changes to the divorce deal struck with the European Union, its leader said on Monday.

With less than three months to go until the UK is due to leave the EU on March 29, May plans to hold a vote on her deal in mid-January, after pulling it from parliament this month after admitting its ratification would be defeated.

She is first seeking “assurances” from EU leaders over the so-called Irish backstop, an insurance policy to avoid a hard border between the British province and EU-member Ireland that her Northern Irish allies and members of her own party oppose.

Democratic Unionist Party (DUP) leader Arlene Foster reiterated that her party required changes to the actual withdrawal agreement but said they would work with the government to “achieve a better deal”.

“For our part, we want to leave with a sensible deal which works for the United Kingdom, Northern Ireland in particular but also our neighbors in the Republic of Ireland. We want an orderly exit which implements the referendum result,” Foster said in a statement.

“We have been consistent throughout the negotiations that Great Britain is Northern Ireland’s main market therefore, any deal which will undermine the economic or constitutional integrity of the United Kingdom single market, will not have DUP support.”

Northern Irish business groups have overwhelmingly come out in favor of May’s draft agreement, including the contentious backstop. Foster said the DUP was mindful of people in all sectors, who she said were frustrated with the pace of negotiations and the lack of certainty.

“We share the frustration. As politicians, we have a duty to look to the long-term impact of any deal on our core industries. That’s where our energies will be focused in the coming days,” she said.