KIM Jong-un now has the world’s largest mobile nuclear missiles which can wipe out any US city and kill at least 1.5million people in seconds, it’s feared.

Experts believe the "monster" intercontinental ballistic missile (ICBM) would be difficult to locate and destroy — and be able to fire decoys to outwit anti-missile defences. 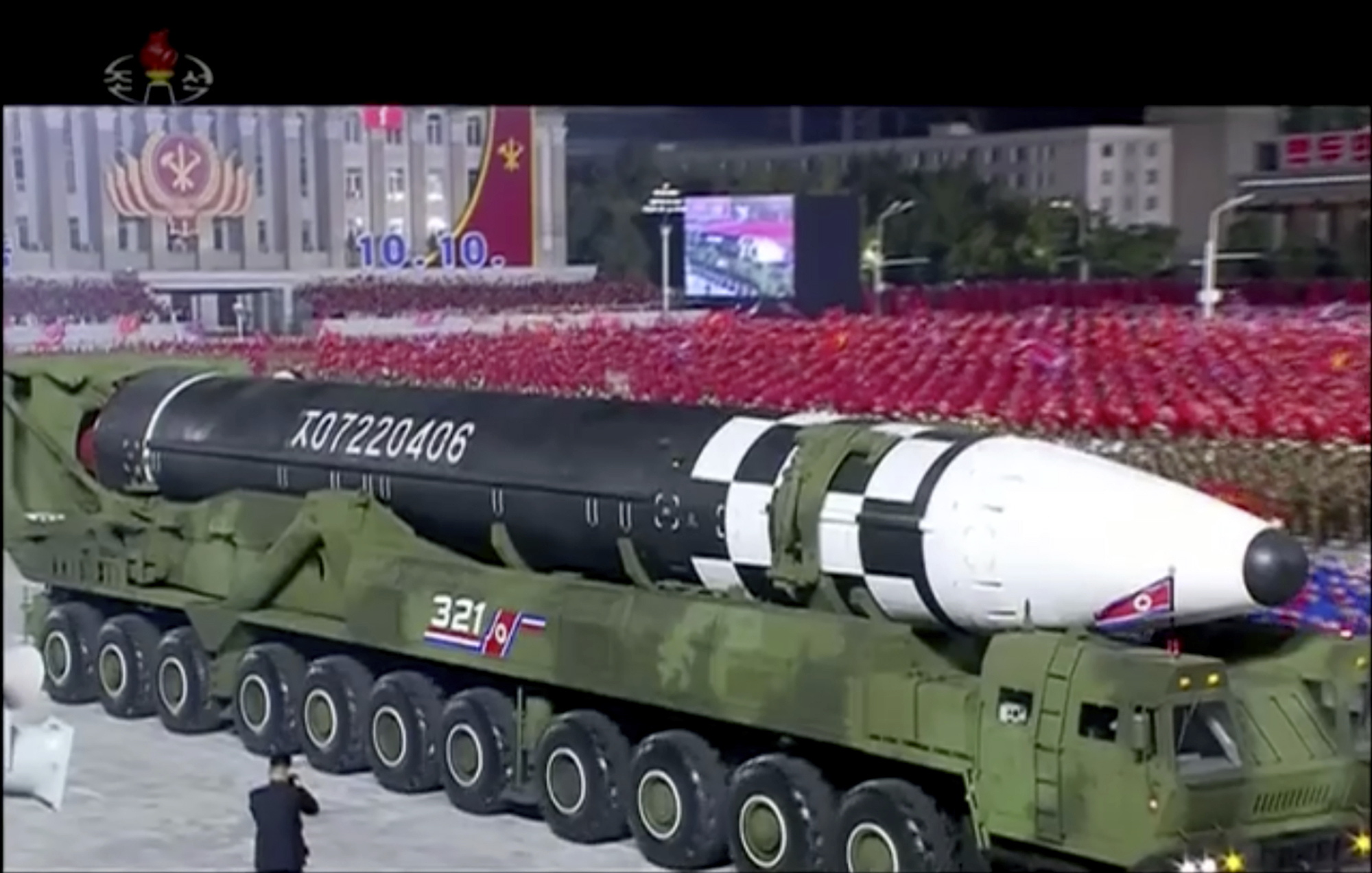 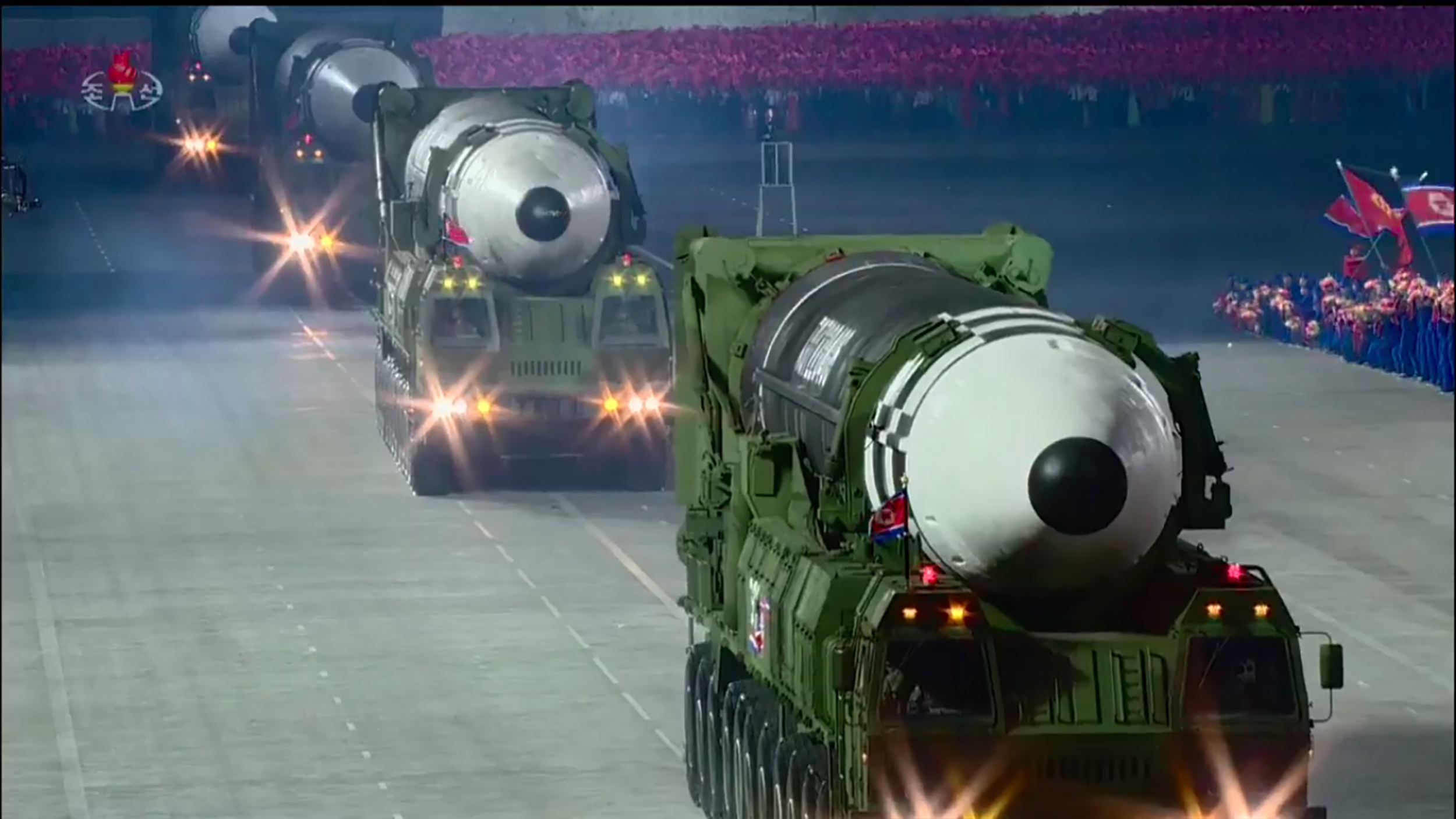 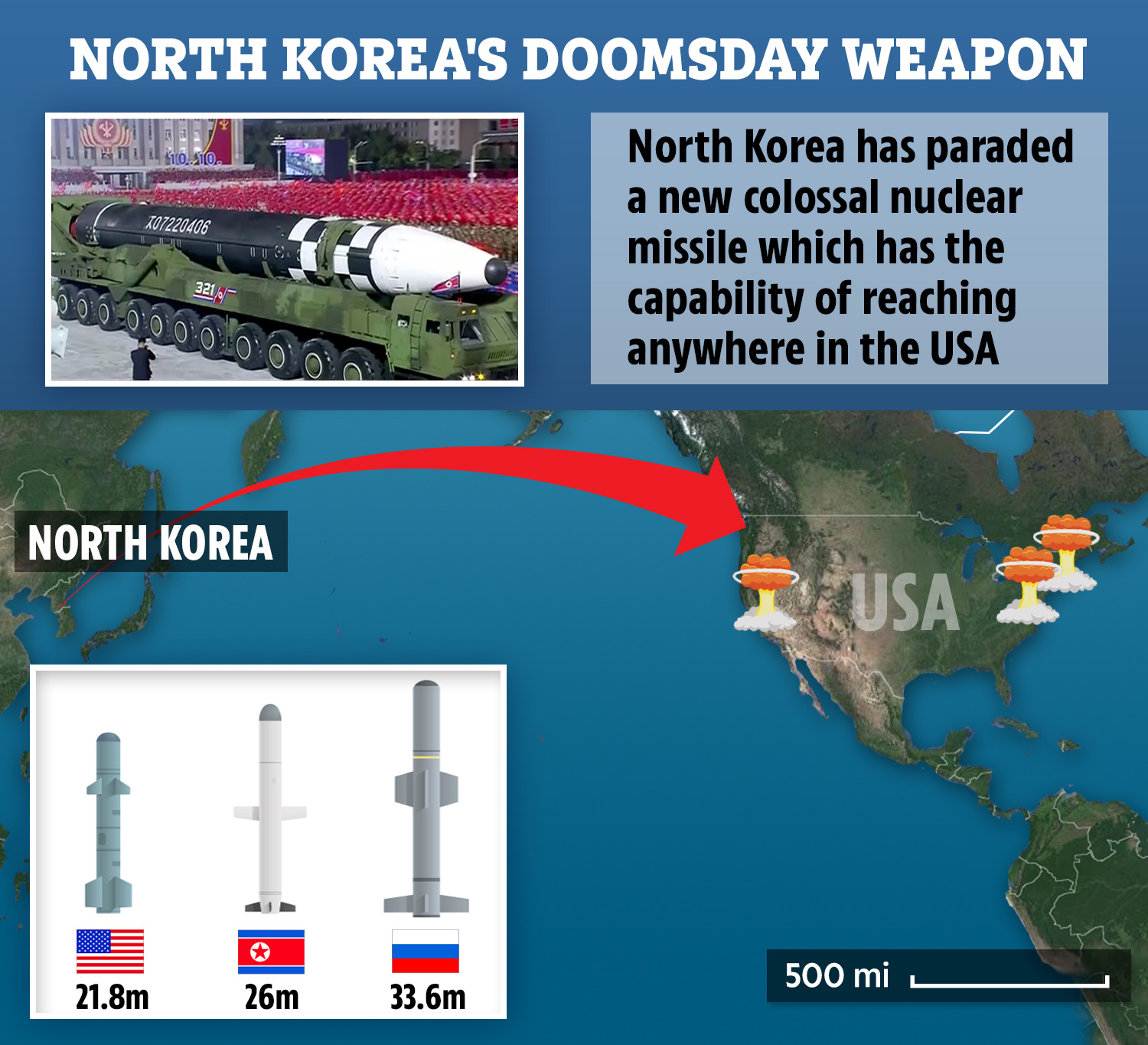 During celebrations marking the 75th birthday of the ruling Workers' Party in the capital Pyongyang last night, Kim paraded the ballistic missile which was carried on an equally huge launch vehicle with 11 axles.

According to North Korean analysts 38 North, the weapon was much larger than any it has made in the past which included the smaller Hwasong-15 which was believed to be capable of reaching the West Coast of America.

It said: "The new missile has been correctly characterised as the world’s largest mobile ICBM.

"But why would the North Korean’s need or want such a big missile?

"An unexpected 'super heavy' ICBM would be… a statement of North Korea’s technical prowess, the robustness of its ability to threaten the US, and the permanence of its nuclear weapons status.

"Another reason for having a bigger payload capacity is the desire to carry more RV-like decoys to spoof US missile defences."

The clear message was that, counter to U.S. claims, the North Korean nuclear threat has not been solved

It is thought to be able to carry multiple warheads and is estimated to have a yield of more than 2,000 megatons which could destroy any city within seconds.

But the fact that it is mobile would make it almost impossible to destroy before being launched.

Markus Garlauskas, a former US intelligence officer for North Korea, told Reuters the missile would dismiss any remaining doubts that Pyongyang could strike the US.

He said: "If the Hwasong-15 could carry a ‘super-large’ nuclear warhead to anywhere in the US, then the natural question is what can this larger missile carry?"

Bruce Klingner, a retired CIA North Korea analyst now at the Heritage Foundation said: "The clear message was that, counter to U.S. claims, the North Korean nuclear threat has not been solved."

Michael Elleman, director for Non-Proliferation and Nuclear Policy at the International Institute for Strategic Studies, estimated the new large missile could potentially deliver 2,000-3,500 kg "to any point on CONUS (US territory)" making it more capable than Soviet missiles. 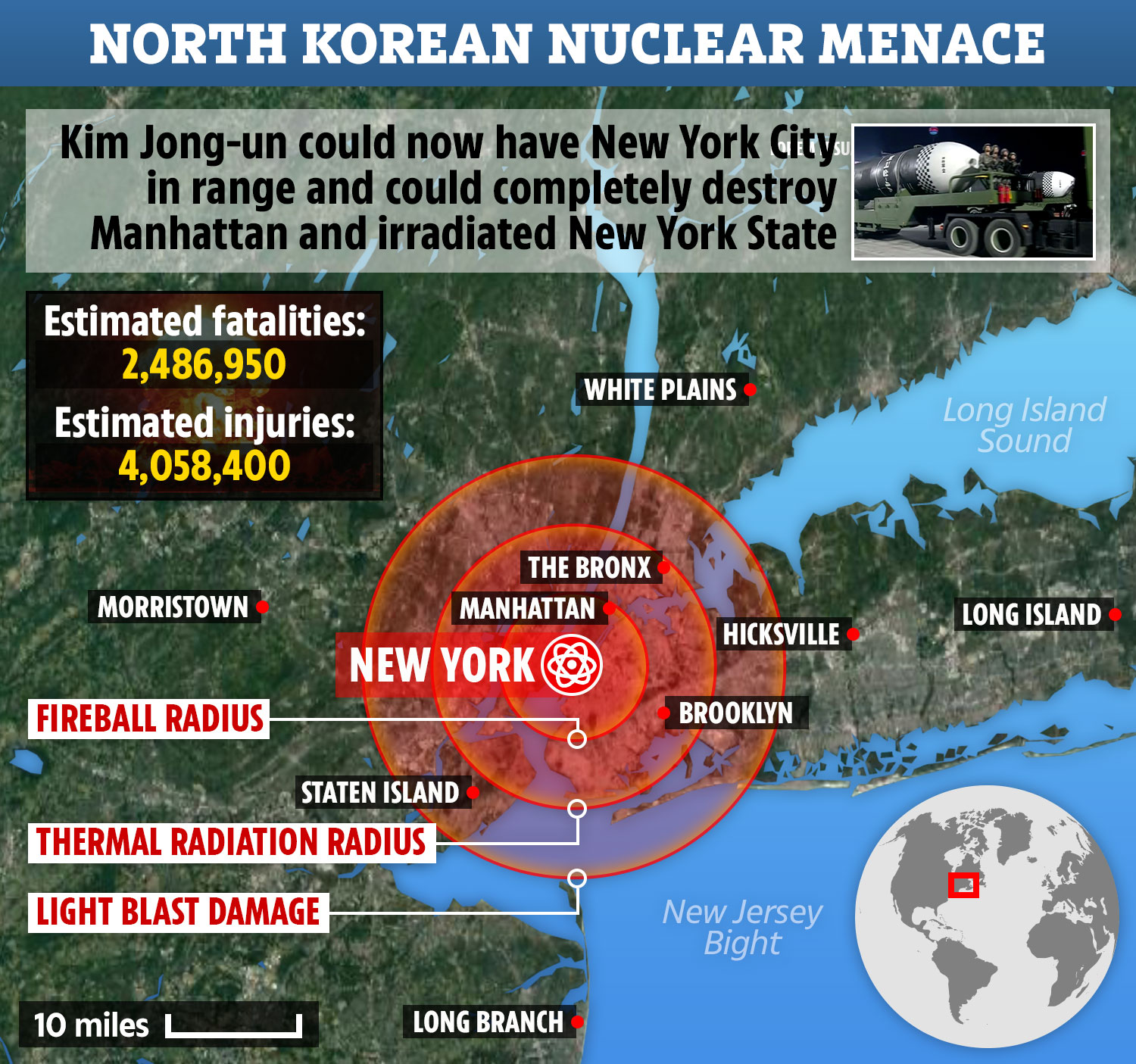 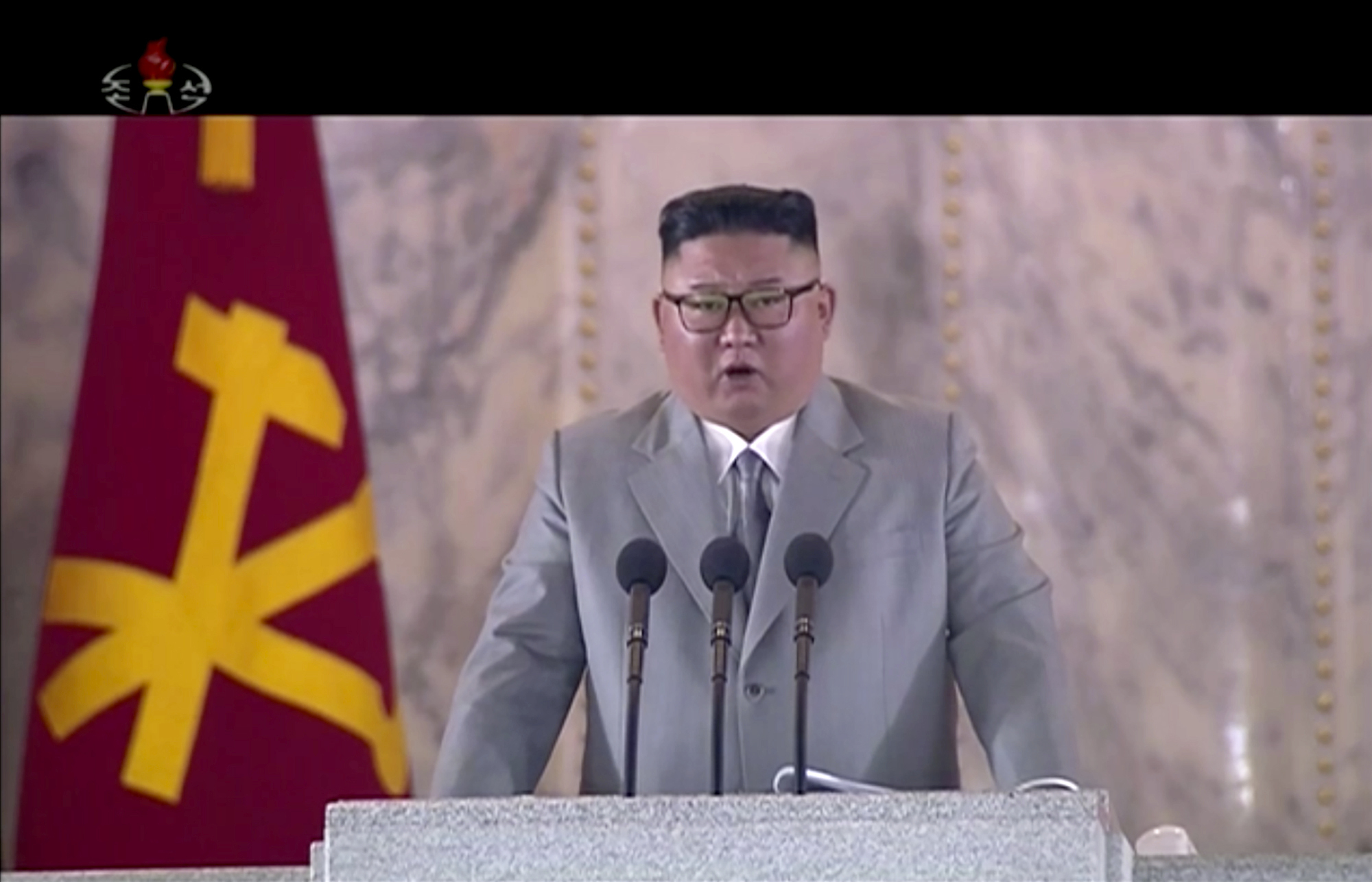 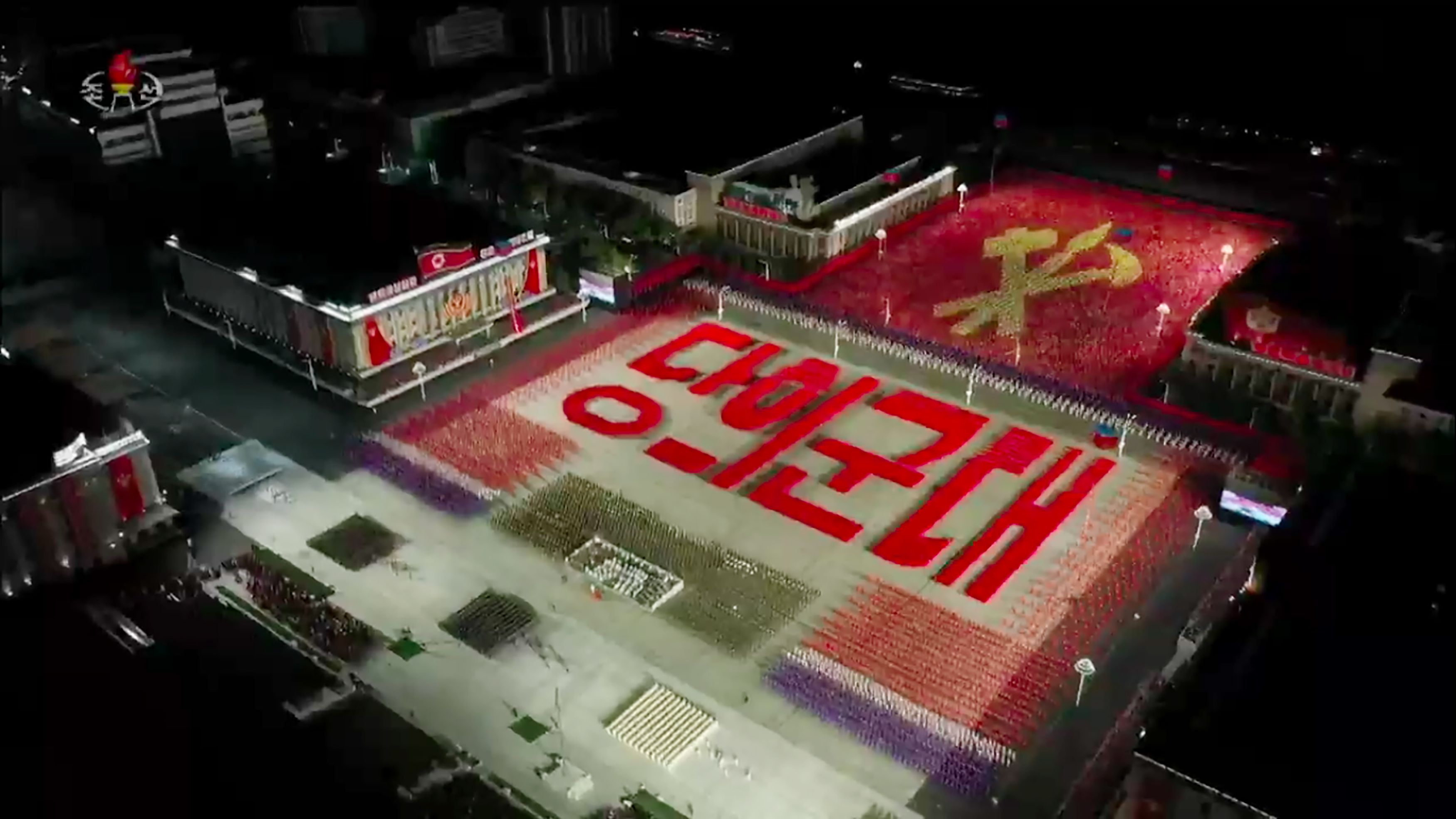 In a speech, Kim said: "We will continue to build our national defence power and self-defensive war deterrence.

"I am ashamed that I have never been able to repay you properly for your enormous trust.

"My efforts and devotion were not sufficient to bring our people out of difficult livelihoods."

Also displayed was what appeared to be a new submarine-launched ballistic missile (SLBM).

Kim said the missiles weren't targeted at any country in particular.

But he added: "If any force harms the safety of our nation, we will fully mobilize the strongest offensive might in a pre-emptive manner to punish them."

In February 2019, Donald Trump and Kim Jong-un met in Hanoi, Vietnam, to discuss denuclearisation following talks in Singapore the year before. Nothing was achieved.

Trump is reportedly livid about North Korea's military parade and at Kimfor unveiling the new nuclear missile when he was supposed to be moving towards disarming.

Hours after the event, reports claimed that the President is "really angry" about the event in Pyongyang, where the country revealed the newest weapons in its arsenal.

A source familiar with the situation told Vox that Trump is "really disappointed" in Kim Jong-un and expressed his dismay to several White House officials.

South Korean news bureau Yonhap News Agency reported on Saturday that the US is in talks with Asian allies about probing the military procession. 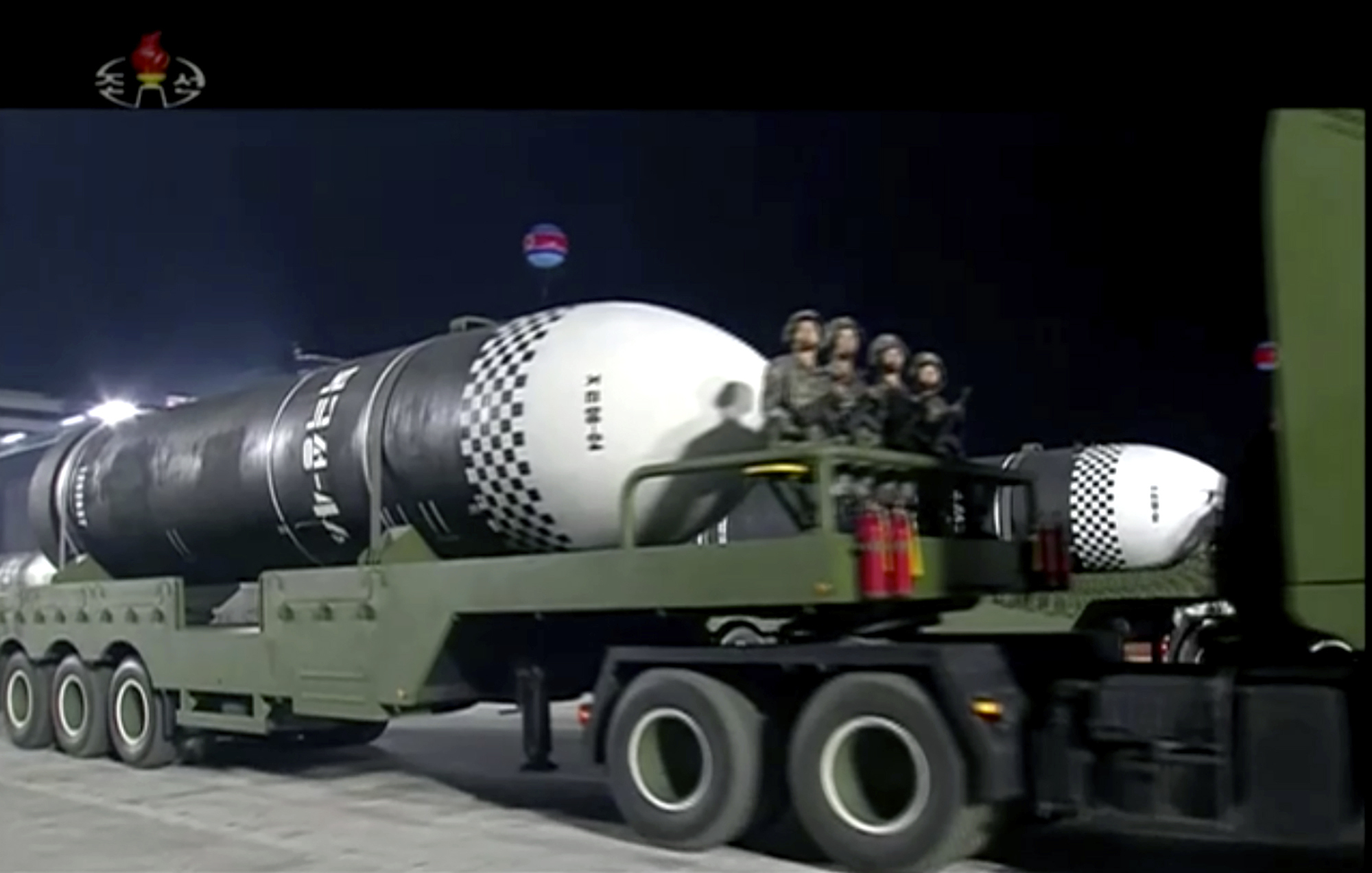 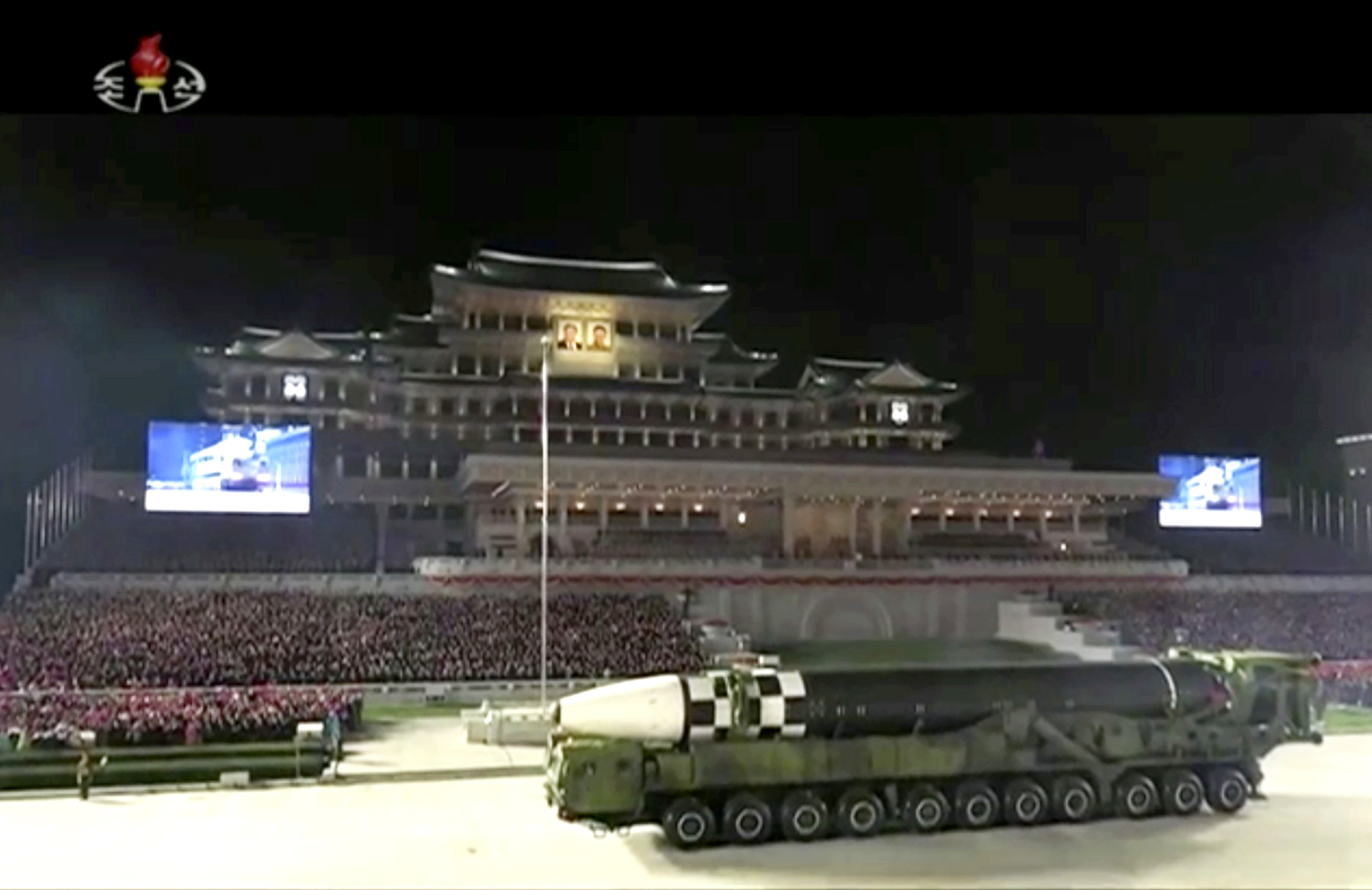