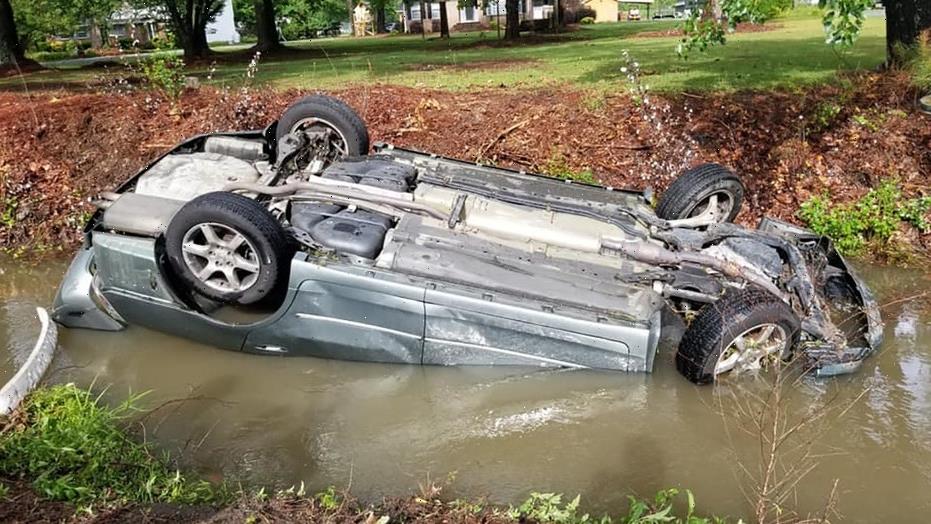 Two police officers in North Carolina were in the right place at the right time last week when they spotted a woman trapped inside an overturned vehicle that had crashed into a ditch and was submerged in water.

Greenville police officers Justin Lavin and Christopher Santiago were both driving to work Thursday morning in the area of Frog Level and Wainwright Road when they immediately jumped into action, the department said.

“Without hesitation, the officers quickly and selflessly jumped into action, breaking a window to the vehicle so they could gain access,” the department said.

Lavin then entered the car and freed the driver from her seatbelt. While Lavin was working to free the woman, Santiago gripped Lavin’s belt in case the vehicle slipped further into the water.

Once Lavin had secured the woman, Santiago helped pull them out from the submerged vehicle, “undoubtedly saving her life,” according to police.

Both Lavin and Santiago were to be honored as heroes with a formal recognition ceremony for “going above and beyond” to rescue the woman in what the department called a “selfless act of service.”

It was not immediately clear whether the woman suffered any injuries.

Details on what caused the car to overturn or how long it had been in the ditch were not immediately provided.