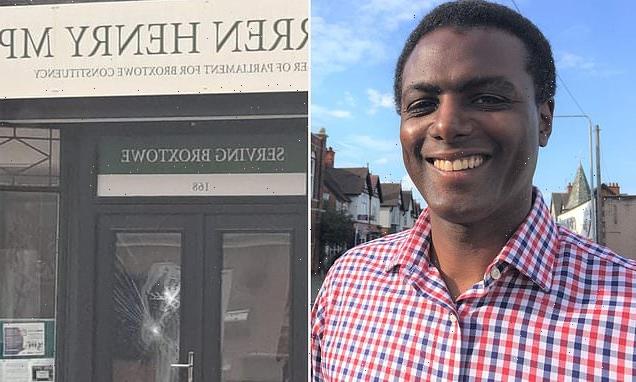 NHS worker, 24, who smashed a window at Tory MP Darren Henry’s constituency office is given a curfew and community order

A former NHS worker who smashed a Tory MP’s constituency office has been spared prison.

The 24-year-old, who was sentenced on his birthday at Nottingham Magistrates’ Court today, was given a community order and a curfew for ‘deliberate and targeted acts of criminal damage’. 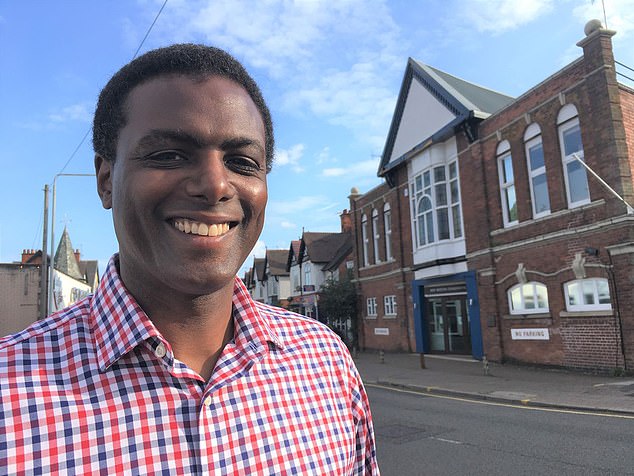 The court heard that Slater had been drinking before committing each offence.

He was told his offending was a ‘persistent and targeted course of conduct’, and that the separate incidents were ‘more serious collectively’.

District Judge Jonathan Straw handed Slater a 12-month community order with rehabilitation requirements, and a three-month curfew where he would not be able to leave his home between 7pm and 7am.

The attacks took place on October 26, November 3 and 9, and December 1 last year.

Mr Straw said: ‘You have never been in trouble before but in the latter part of last year you committed four serious, deliberate and targeted acts of criminal damage against the MP Darren Henry’s office in the county. 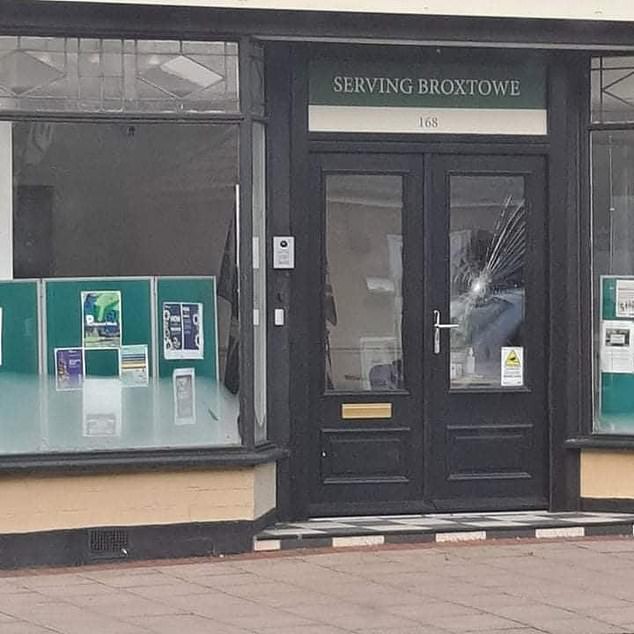 ‘These are serious because not only do they cause upset and inconvenience for those who have to tidy and repair the effects of your criminality, but they also cause concern because those at the office are unaware of who the perpetrator is at the time this is going on.’

‘They are unaware if this is escalating to an event that is a great deal more serious.’

The judge added there is a ‘great deal of sensitivity around those in public office’ at the moment.

Slater was also fined £85 and told to pay £95 in compensation.