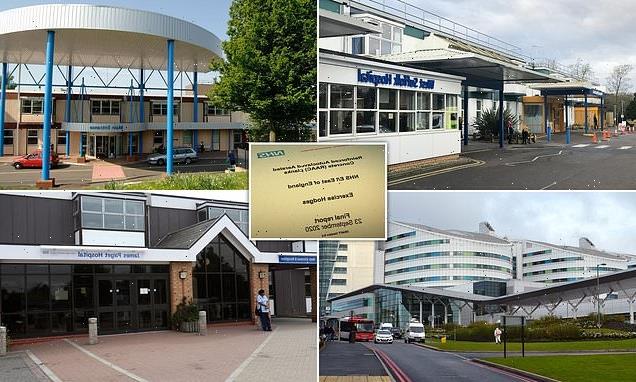 A ‘mass casualty plan’ is in place amid fears NHS hospitals made out of a lightweight concrete could be on the brink of collapsing, leaked documents show.

The emergency scheme – known as Operation Rapture – would come into effect in the event of ‘significant hospital structural failure’ in the East of England.

It would see ambulances diverted to other nearby sites and non-urgent beds freed-up to house patients transferred from crumbling hospitals.

Concerns have been raised about hospitals built with a lightweight form of concrete planks that have deteriorated over time and become unstable.

Reinforced autoclaved aerated concrete (RAAC) planks, widely used in construction in the 1960s and 1980s, are said to be much weaker than traditional concrete.

At least four hospitals in the region were built using the material — the West Suffolk, Hinchingbrooke Hospital, and the Queen Elizabeth and James Paget hospitals.

In 2020, the trusts participated in an exercise that simulated a scenario where part of a hospital collapsed due to RAAC plank failure, the BBC reports.

The risk has been deemed so likely the West Suffolk trust, based in Bury St Edmunds, commissioned a report into the odds of being charged with corporate manslaughter should there be a fatal roof collapse.

Documents revealing the report were leaked by a whistleblower who feared staff and patients were being kept in the dark about how serious the risk was. 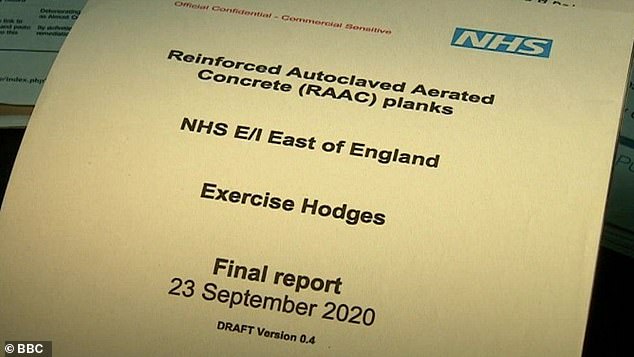 A ‘mass casualty plan’ has been put in place in the East of England amid fears several NHS hospitals are on the brink of collapsing. In September 2020 four hospitals in the region participated in ‘Exercise Hodges’ that simulated a scenario where part of a hospital collapsed due to RAAC plank failure 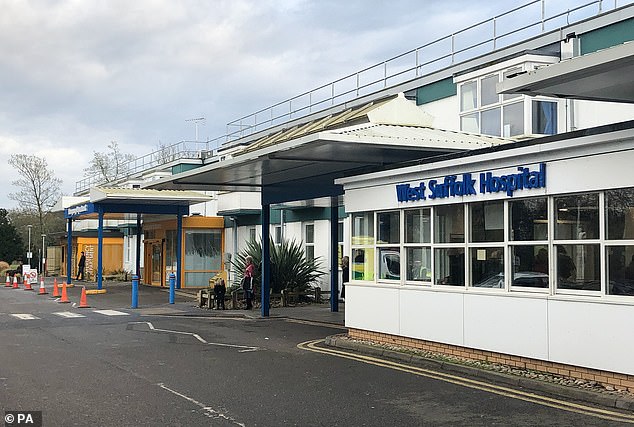 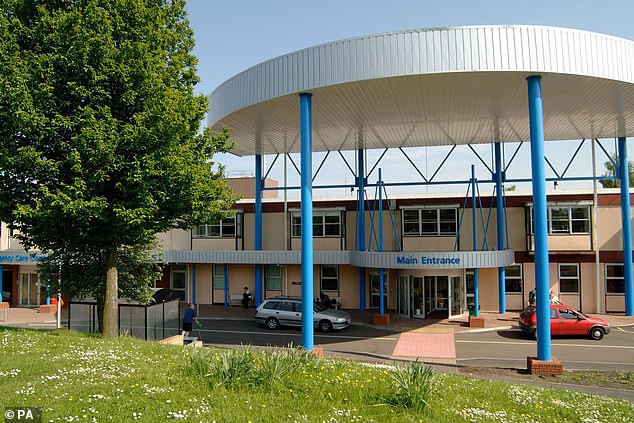 A risk assessment of the West Suffolk Hospital earlier this year found a roof collapse was ‘almost certain’ and could be ‘catastrophic’ if mitigations weren’t in place.

But this has since been downgraded to ‘likely’ after the hospital had metal reinforcements fitted to bolster the failing planks.

It was used in roofs, floors and walls of NHS buildings and schools in the 1960s to 1980s because it is lighter and cheaper than traditional concrete.

It has no coarse aggregate, and is made in factories using fine aggregate, chemicals to create gas bubbles, and heat to cure the compound.

It is relatively weak with a low capacity for developing bond with embedded reinforcement.

It was used in two main forms of structural elements; lightweight masonry blocks and structural units (such as roof planks, wall and floor units).

When reinforced (Reinforced AAC: RAAC) to form structural units, the protection of the reinforcement against corrosion is provided by a bituminous or a cement latex coating, which is applied to the reinforcement prior to casting the planks.

The reinforcement mesh is then introduced into the formwork and the liquid AAC mix added.

The West Suffolk currently has 27 metal beams under the planks for additional support, while the James Paget in Great Yarmouth has 18. The Queen Elizabeth Hospital, in King’s Lynn, has more than 200 metal supports.

Hinchingbrooke Hospital has restricted patients weighing more than 19 stone from being treated on certain wards where the structure has weakened.

Concerns about RAAC planks were first raised in 2018 following the collapse of a school roof in Essex.

The government set aside £110m earlier this year to carry out ‘urgent remediation’ work at seven hospitals built using the same concrete.

They included the four in eastern England as well as Airedale in West Yorkshire, Leighton in Cheshire and Frimley Park in Surrey.

Documents also revealed that bosses at the West Suffolk NHS Foundation Trust hired a law firm to assess its risk of being charged with corporate manslaughter should the hospital collapse and kill patients or staff.

Interim chief executive Craig Black said the report was commissioned to get the fullest picture possible about the situation, rather than for sinister reasons.

He said that as well as legal experts, the trust had reached out to financial, technical and medical professionals.

Mr Black claimed the trust had considered closing the hospital but concluded the impact of reduced treatment outweighed the risk of a sudden collapse.

He added that it was ‘really sad’ the documents had been leaked by staff who did not believe the hospital was being transparent.

He told the BBC: ‘We have weekly briefings on the situation around RAAC; we have posters up around the hospital; we talk to staff continuously.

NHS England said the affected hospitals were safe for patients, visitors and staff.

‘Trusts in the East of England work in line with specialist industry advice and have been given more than £67m to help them manage their estates programme,’ a spokesman said.

‘Trusts have maintained safe services for patients, who should access hospital care as they normally would, and also introduced a number of measures including improved surveillance and use of specialist equipment to help identify and fix any issues immediately.’