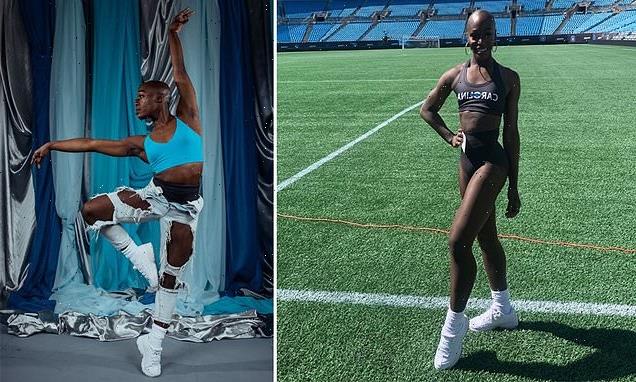 NFL’s first transgender cheerleader: Dancer, 29, signs for Carolina Panthers and says ‘more people need to see this’ as she practices ahead of new season

Justine Lindsay, 29, told the world in an Instagram post in March she made the Topcats, the cheerleading squad for the Carolina Panthers.

‘Cats out [of] the bag, you are looking at the newest member of the Carolina Panthers Topcats Cheerleader’s as the first transgender female,’ she wrote.

‘I would like to thank the beautiful and talented dancers who supported me along the way, alumni, TopCats family and friends for your love and support. I would not have gotten to this moment in my life if it wasn’t for the support.’

Lindsay will now represent the Carolina Panthers at everything from community events and fundraisers to business conferences.

Though the NFL does not keep a record of its cheerleaders, Lindsay is believed to be the first openly transgender female in the league.

And she told Buzzfeed News she is proud to take on that mantle, saying: ‘I think more people need to see this. It’s not because I want recognition. It’s to shed light on what’s going on in this world.’

She has now been pictured practicing for the upcoming 2022 – 23 season. 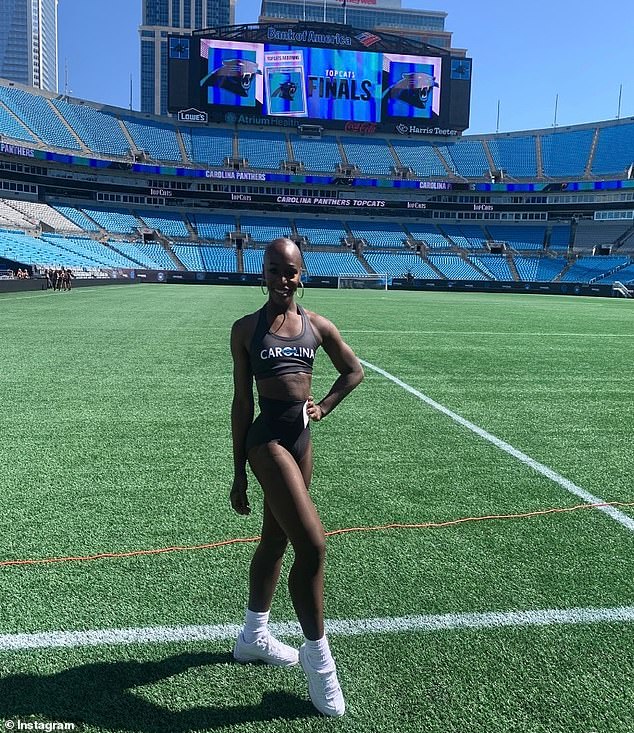 Justine Lindsay, 29, is the first openly transgender cheerleader in the National Football League 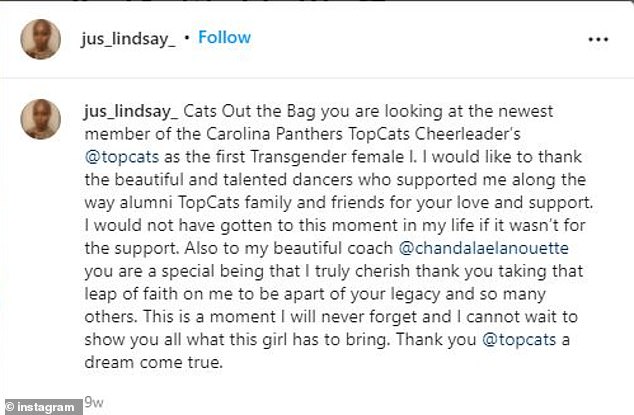 She came out in an Instagram post in March, as she announced she made the Carolina Panthers’ Topcats cheerleading squad

Lindsay said she was initially afraid to post that she is transgender, noting that it is a secret she has kept close to the vest – with her best friend admitting she did not even know. 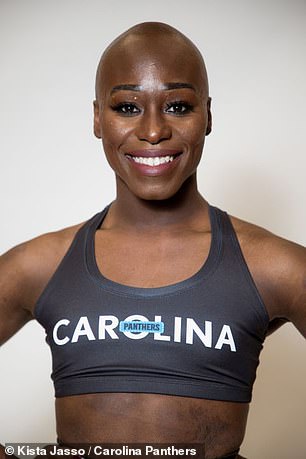 Lindsay said she is proud to be a role model for LGBTQ youth, and will be allowed to keep her bald head

‘I was so scared,’ Lindsay said. ‘There’s just some things you can’t post.’

‘I just felt like whatever reaction I get from everyone, it does not matter,’ Lindsay recounted. ‘And then my phone started blowing up.’

According to the Trevor Project, fewer than one in three people know someone who is transgender – and Sam Ames, the director of advocacy and government affairs, said it is ‘critical’ for LGBTQ children to see more openly transgender people.

‘Our research shows that LGBTQ youth report that seeing LGBTQ representation by celebrities and athletes made them feel good about being LGBTQ.

‘Especially in a place like the NFL, which occupies such a powerful position in our culture, the story of a transgender cheerleader an inspire so much more than victory.

‘She can give young people watching a dream to hold on to and a future to look out for.’

Lindsay noted to Buzzfeed that she is glad she could be that role model.

‘I’m happy because I was able to break down that door and tell people, “Hey, we are not just sexual beings, we are actual human beings who want to better ourselves,”‘ she said. 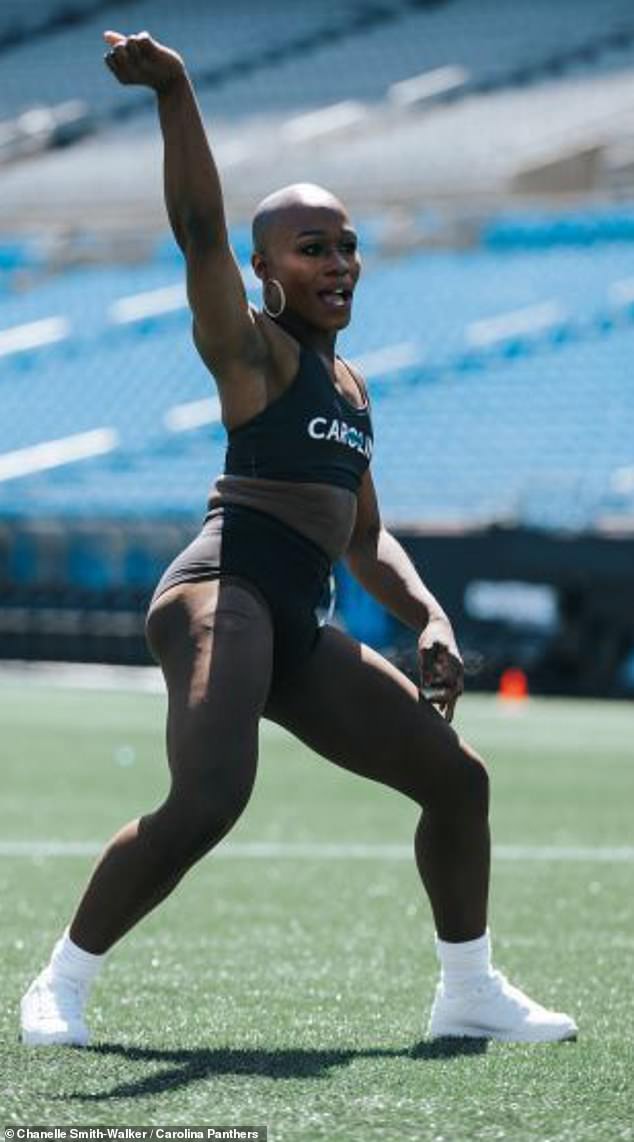 Lindsay is also making history as one of only a few professional cheerleaders who is black, even fewer of whom wear their hair naturally, according to Allure.

She said she felt relieved when her coach said she could keep her bald head, noting that she is happy to ‘inspire other girls who may be insecure rocking their bald look.’

But Chandalae Lanouette, the Topcats director, insisted she did not hire Lindsay because for her history-making appointment, but rather due to her talent – noting that Lindsay noted on her application that she is transgender.

‘My goal is to create a team of individuals that are absolute fire on the field, but are incredible human beings in the locker room, good friends, good people, and at the end of the day, you have to walk through the door first to get that spot.’