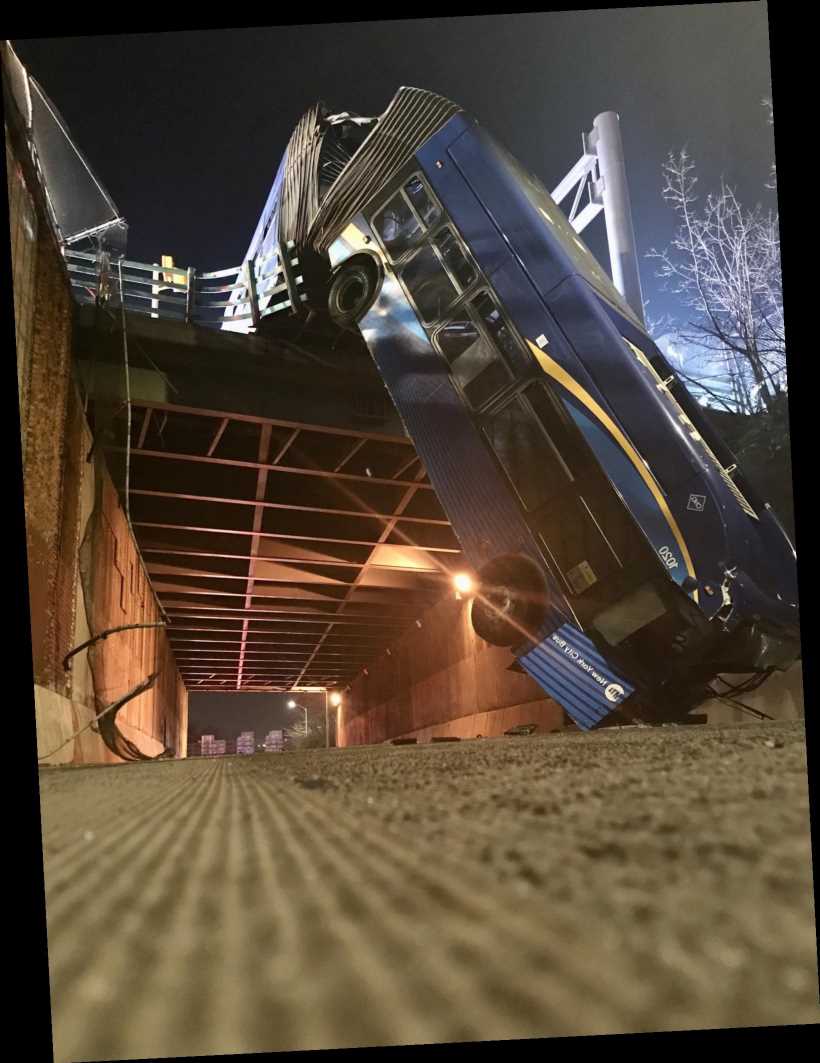 At least nine people were hurt in New York City on Thursday night when an “accordion-style” city bus went off the road, crashed a barrier and partially dangled off an expressway overpass.

Video posted on social media showed the BX-35 bus seeming to hang by a thread as first responders tried to figure out how to deal with the situation in the city’s Bronx borough.

The injured people were the driver and at least six passengers, all of whom were removed from the bus and transported to a hospital, WNBC-TV of New York reported. The extent of their injuries was not immediately known.

Fire officials gave the total number of injured as nine but were unclear whether the total referred strictly to bus occupants or included others who were at the scene.

Police said the crash may have resulted from brake failure or from the driver having trouble making a turn, WCBS-TV of New York reported.

Responders were working to ensure the fuel and other hazardous materials from the bus were secure before proceeding to remove the bus, FDNY Acting Battalion Chief Steven Moore said in an Instagram post.

The bus was a so-called “articulated” vehicle that includes a rubber-looking, “accordion style” section that helps increase bus capacity and allows the driver of the longer bus to negotiate turns more easily. That middle section was shown to have a significant tearin photos and videos posted online.

Photos showed the front end of the bus dangling off the overpass, perpendicular to the road below, while the back portion of the bus remained above, in a horizontal position.

The crash caused the temporary closure of the westbound lanes of the Cross Bronx Expressway in the area of the Major Deegan Expressway, WCBS Radio reported.