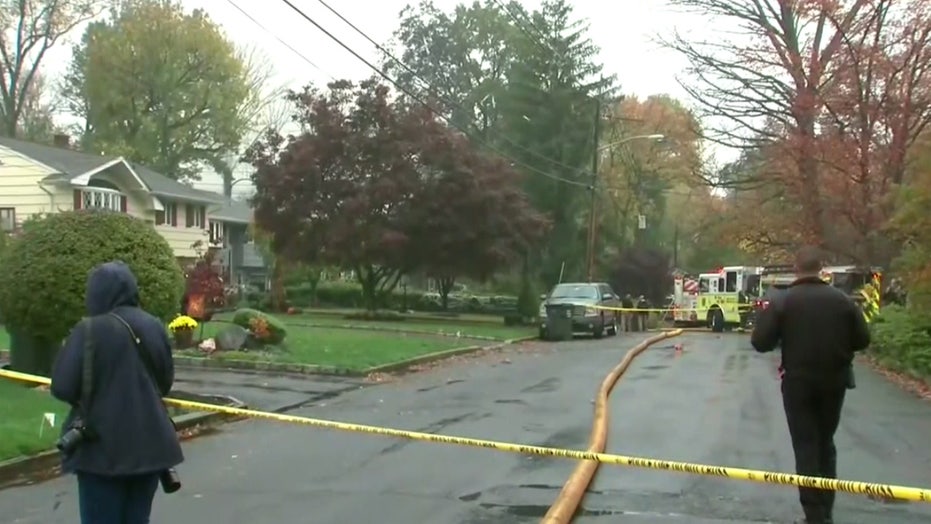 The pilot of a small plane that crashed into a home in a residential neighborhood in New Jersey on Tuesday is dead, according to officials.

The Federal Aviation Administration said in a statement that at about 11 a.m., a Cessna 414 crashed into a home in the Colonia section of Woodbridge Township, located about 30 miles southwest of New York City.

The Colonia Fire Department confirmed to Fox News a small plane struck one home and then sparked a blaze in the two structures. Nearby fire departments were "on hand."

"The plane went through the roof and is still smoldering," a spokesman for the NTSB said, adding that efforts to recover all the pieces of the plane from the home were still in effect and would likely take "two to three days given the weather conditions," to complete.

The weather in the area was cloudy and misty at the time of the crash and officials said that investigators would examine "the air traffic control aspect of the investigation, weather conditions [and] pilot and human factors," to determine the cause of the crash. 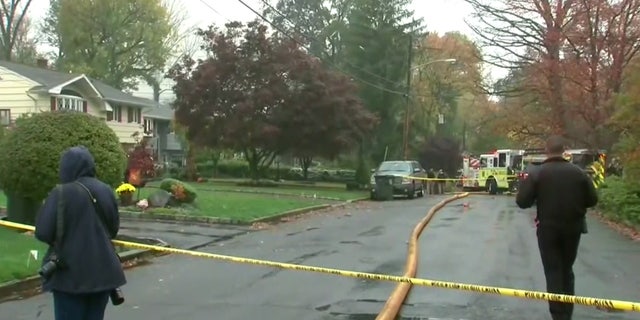 A small plane crashed into a home in Colonia, N.J. on Tuesday, sparking a blaze in two houses.
(WABC-TV via NNS)

Woodbridge Mayor John McCormac told reporters the aircraft originated in Virginia and appeared to have been trying to make it to an airport in nearby Linden when it crashed into a home that was unoccupied at the time. A woman in one of the houses that caught fire escaped injury, the mayor added.

The wreckage remained in the basement of one of the homes, the mayor said.

"That will be a challenge for the recovery efforts," the NTSB spokesman said, adding that "the airplane will be pulled out piece by piece."

An image posted to Twitter showed a home fully engulfed in flames.

McCormac added natural gas had been shut off to homes directly adjacent to the crash site, while utility PSE&G turned off power to about 400 homes in the area.

"The important thing is no civilians on the ground were impacted and hurt," the mayor said.

The FAA said it was en route to investigate the crash.

"The National Transportation Safety Board also will investigate and will determine probable cause of the accident," the agency said.