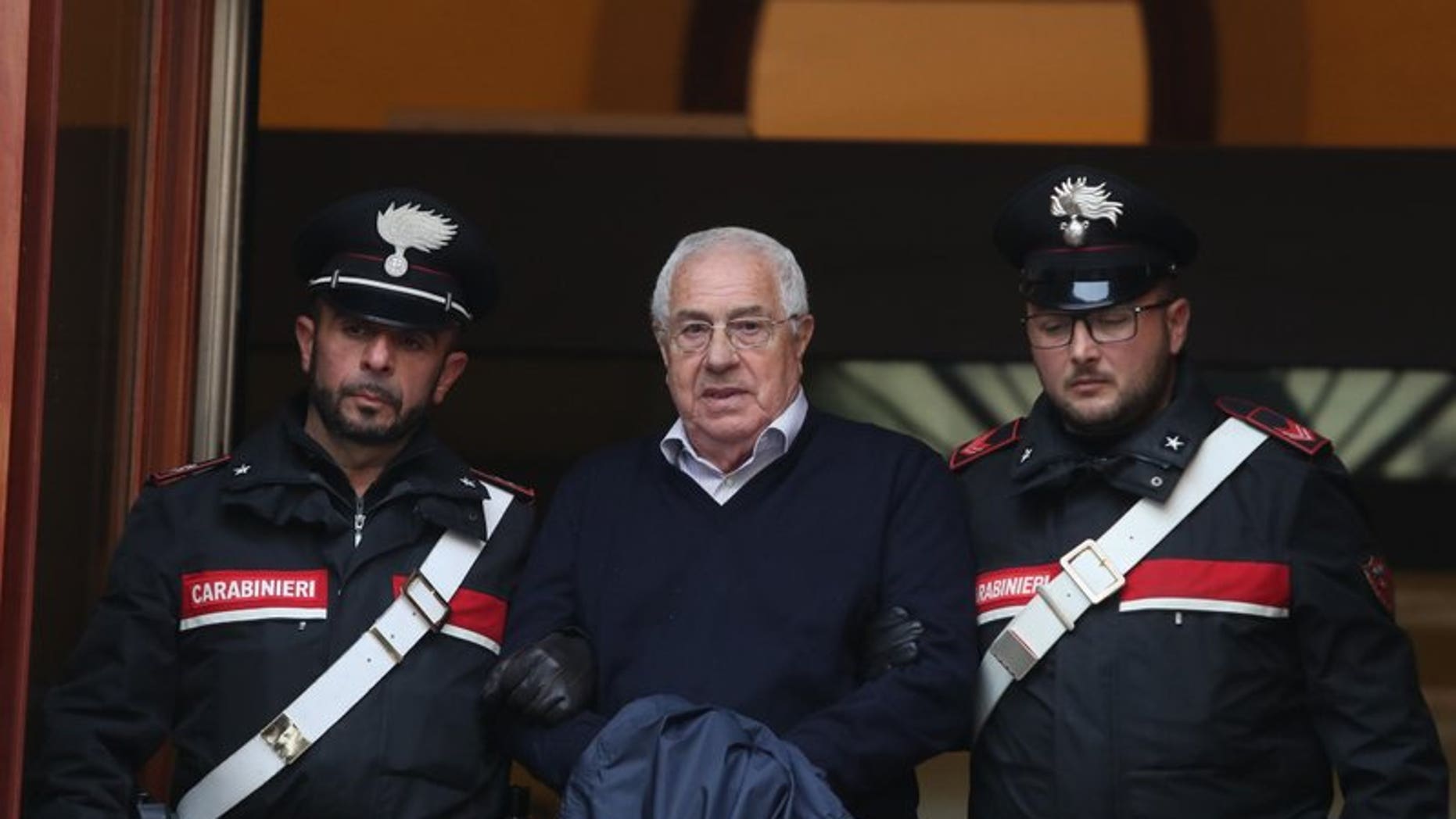 Settimino Mineo, center, who allegedly took over as the Palermo head of Cosa Nostra, is escorted by Italian Carabinieri police after an anti Mafia operation which led the arrest of 46 people including the presumed regional boss, in Palermo, Sicily, Italy, Tuesday, Dec. 4, 2018. Italian police say they have dismantled the rebuilt upper echelons of the Sicilian Mafia.

The presumed new boss of the Cosa Nostra was arrested together with 45 other top mobsters, Italian authorities said Tuesday, striking a massive blow to the resurgent Sicilian Mafia.

Settimo Mineo, 80, is believed to have taken over the leadership of the Sicilian Mafia after the death of the “boss of bosses” Salvatore “Toto” Riina, aka “The Beast.”

Authorities said they dismantled the upper ranks of the mafia that in recent years made a comeback and regained some of its lost prominence that peaked in the 1990s.

Interior Minister Matteo Salvini said the raid was an “extraordinary operation” in the Sicilian capital, Palermo.

Deputy Prime Minister Luigi di Maio hailed the operation as “one of the biggest blows inflicted on the mafia” by the Italian authorities.

“There is no more room for this type of scum in Italy,” he added.

"Mineo had been elected ‘heir’ of Toto Riina after his death. There is no more room for this type of scum in Italy."

The public is increasingly turning against the Mafiosi, especially after the collapse of a bridge in Genoa in August, which killed 39 people, that many anti-Mafia campaigners claimed were built by the Mafia-linked companies that cut corners to boost profits.

Italian authorities were able to determine, based on wiretaps, that Mineo was elected as the leader of the organized crime group during a May 29 meeting of clan leaders in Palermo. Prosecutors say it was the first time in many years that all the top ranks of the group met.

Palermo prosecutor Francesco Lo Voi noted that Mineo, who enjoys respect from other mobsters because he’s the eldest of the local leaders, served a lengthy prison sentence over his connection to the Mafia and other crimes.

“This is a sign that Cosa Nostra doesn’t abandon its rules,” Lo Voi said at a press conference. “And that despite the convictions, despite the trials, important people can take over the most important roles once they’re back in play.” 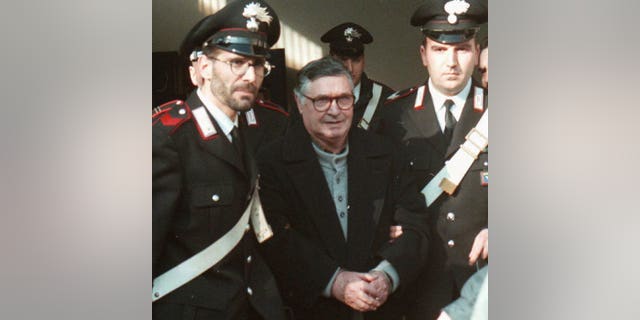 The mobsters who were arrested in the latest sweep are accused of mafia association, extortion, weapons violations and other charges, police said.

The Sicilian Mafia’s prominence declined after Riina, the previous leader, was arrested – letting other organized crime groups bloom. He died last year at the age of 87.

But the Cosa Nostra has turned itself around in recent years, increasing its financial and business activities, where the sluggish economy and migrant crisis engulfing Europe created new opportunities for criminality.

Rather than focus on the old ways of making money – drug trafficking or racketeering – the mafia reportedly found a way to benefit from the migrant influx.

According to AFP, as the hotels were turned into immigrant centers, the generous state subsidies “caught the Mafia’s eyes.” Hotels who accommodate immigrants receive $37.50 per immigrant, making the business of housing migrants worth over $1 million a day.

"The interest is to open as many as possible and keep the migrants there. The longer they keep them, the more money they bring in. … It’s a business all right. These migrants die in the Strait of Sicily just to bring millions of euros to the mafia."

“There's a river of money, millions of euros, handed out without tenders and without checking whether the structures have anti-mafia certificates,” Mario Michele Giarrusso, a Sicilian senator from the Five Star Movement (M5S) political party, was quoted as saying.

“The interest is to open as many as possible and keep the migrants there. The longer they keep them, the more money they bring in. … It's a business all right. These migrants die in the Strait of Sicily just to bring millions of euros to the mafia,” he added.

In Palermo, the mafia also struck an alliance with African gangs that came as part of the migrant influx to Europe, with the mafia allowing the new gangs to sell the drugs they purchase from them.

The Mafia welcomes the new gangs because they no longer need to put their cadres onto the streets and face prosecution, according to the Globe and Mail.

Instead, prosecutors say, African gangs will buy the drugs from the Mafia and then re-sell them at a higher price. Every drug deal will also have to pay the Mafia tax, around 100 Euros ($114) a week.

But the cooperation may have been short-lived as the Cosa Nostra declared “war” against migrants and the gangs in Sicily in 2016, according to the Daily Mail, unleashing a blood bath in the streets.