The NBA fined the Brooklyn Nets $25,000 on Thursday for “failing to comply with league policies governing injury reporting” reportedly stemming from sitting eight players on Saturday against the Indiana Pacers.

The following was released by the NBA. pic.twitter.com/k8vsw8Yczi

Though the league didn’t get into specifics when announcing the fine, it came after the Nets were down eight players on Saturday, according to Brian Lewis of the New York Post.

That left the Nets without most of their usual assets — their top seven scorers were all out — and forced them into a very strange starting lineup. Cam Thomas, however, dropped a career-high 33 points to still get Brooklyn past the Pacers.

While the league clearly doesn’t think the team reported injuries correctly, coach Jacque Vaughn wasn’t worried about any repercussions from the NBA on Saturday. The depleted lineup, he said, was purely coincidental.

“So it’s just a combination that is adding up at the same time. But we feel totally comfortable as an organization that we put the best product out on the floor as many times as possible and we’ll continue to do that. It just so happened tonight is more than one, two or three people.” 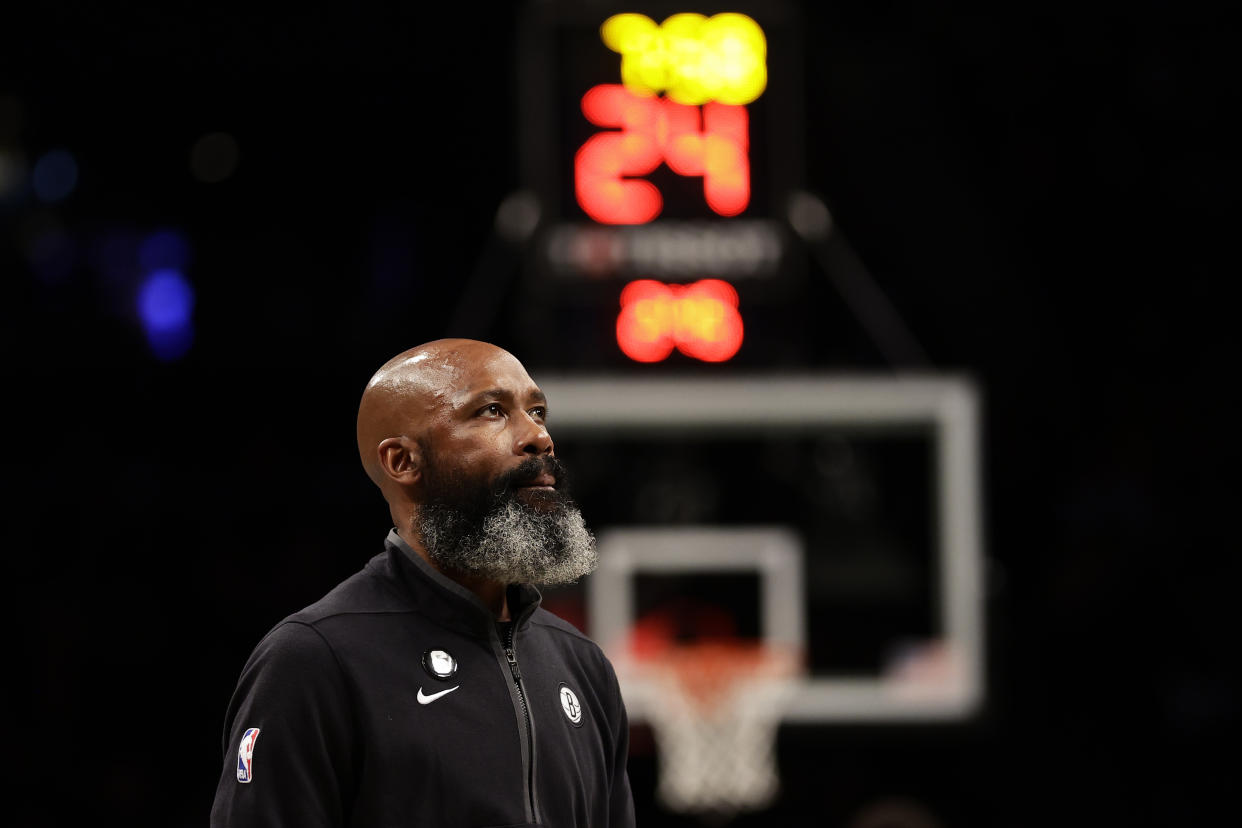