After Netflix announced this week that it had lost subscribers for the first time in a decade, it suggested that a global crackdown on password sharing could be imminent. Such measures could include charging users a fee for sharing their accounts outside of their household.

The global streaming juggernaut ended the first three months of the year with 200,000 fewer subscribers, well below its prediction of gaining 2.5 million paying customers. The company lost 700,000 subscribers in early March after its decision to suspend service in Russia after the country invaded Ukraine.

Netflix, which currently boasts 221.6 million users, saw a record growth in demand in the early days of the pandemic as people around the world were stuck at home and flocked to their screens to binge-watch shows and movies.

But the sharing of passwords and stiff competition from other streaming platforms have made it harder for Netflix to pull in new viewers.

To increase subscribers and curb revenue loss, the company suggested it would implement a number of new measures, like charging users a fee for sharing passwords and introducing a cheaper, advertising-supported plan.

Here’s everything viewers can expect from Netflix in the future.

There are more than 100 million households that use Netflix but do not pay for it, the company said in a letter to shareholders on Tuesday.

Netflix admitted it has allowed users to share their passwords because it got more people hooked on its platform. But heightened competition from Amazon Prime Video, Hulu, Disney+ and others has made it that much harder for the company to increase its membership base.

“Our relatively high household penetration — when including the large number of households sharing accounts — combined with competition, is creating revenue growth headwinds,” Netflix wrote in its letter.

Last month, Netflix announced it would begin testing ways to make users in Chile, Costa Rica and Peru who share passwords pay a fee for the additional members.

This model could expand to other countries, executives said during the company’s earnings call on Tuesday, but it was unclear when those changes would be enforced. 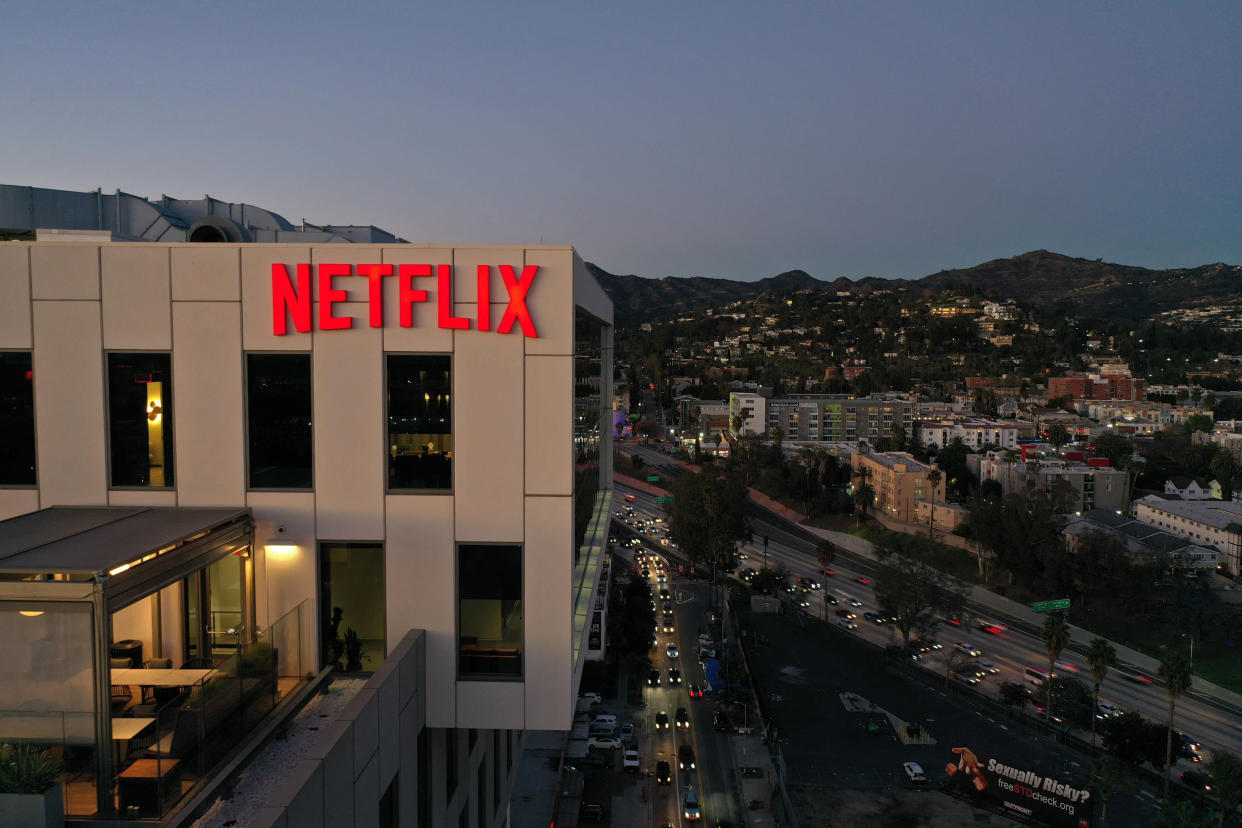 “Those that have followed Netflix know that I’ve been against the complexity of advertising and that I’m a big fan of the simplicity of subscription,” Hastings said in a recorded interview. “But as much as I’m a fan of that, I’m a bigger fan of consumer choice. And allowing consumers who would like to have a lower price and are advertising-tolerant get what they want makes a lot of sense.”

Hastings attributed the decision to embrace an ad-based subscription model to Netflix’s competitors, suggesting that the streaming service could outsource the ad-targeting.

“In terms of the profit potential, definitely, the online ad market has advanced and now you don’t have to incorporate all the information about people that you used to,” he said. “We can stay out of that, and really be focused on our members, creating that great experience.”

The move to ads was greeted with skepticism by some Wall Street analysts, including Rich Greenfield, partner and media and technology analyst at LightShed Partners. He said adding advertisements would likely result in lower-watch-time-per user-per-day and ultimately higher user turnover.

“The question of Netflix and ads is whether this is the answer that they truly believe in or is this desperation from a management team that does not know what is happening to their business right now?” Greenfield wrote in a note to clients.

To further increase revenue growth, Netflix said it would also be “pulling back” spending on its films and TV shows.

It’s a move that Greenfield, the Wall Street analyst, said is necessary but perhaps insufficient.

“The single biggest issue that really was not talked about is that Netflix’s content, especially its English-language content, is simply not resonating relative to the level of spend,” he wrote.

At $17 billion annually, Netflix currently spends more on content than any of its competitors, Greenfield noted. While that level of spending should probably be reduced, Netflix must rethink its content strategy more broadly, Greenfield said.

“By better, we are not thinking about quality, we mean content that captures the zeitgeist, whether that be ‘The Crown’ or ‘Stranger Things’ or ‘Squid Game’ or ‘Tiger King,’” he said.

“While the level of consumer appeal of Netflix content always mattered, the need for ‘better’ content has become far more important as the level of competition has surged in the past two years,” Greenfield said. “Having a volume of ‘good enough’ content is no longer enough.”