How Netanyahu brings his dirty laundry to the White House – literally! Israeli PM ‘flies in suitcases of clothes to take advantage of free cleaning service’ on official visits

Israeli leader Benjamin Netanyahu has a habit of bringing bags of dirty laundry with him on official visits to Washington, it was claimed last night.

Netanyahu takes advantage of a free laundry service available to all foreign leaders, US officials say.

The alleged laundry racket dates back years and aides of both Barack Obama and Donald Trump have described the familiar sight of Israeli laundry bags.

Netanyahu’s hold on power is under threat from far more serious graft allegations in Israel, where he is facing trial for allegedly accepting bribes and trading favours with the media and business world. 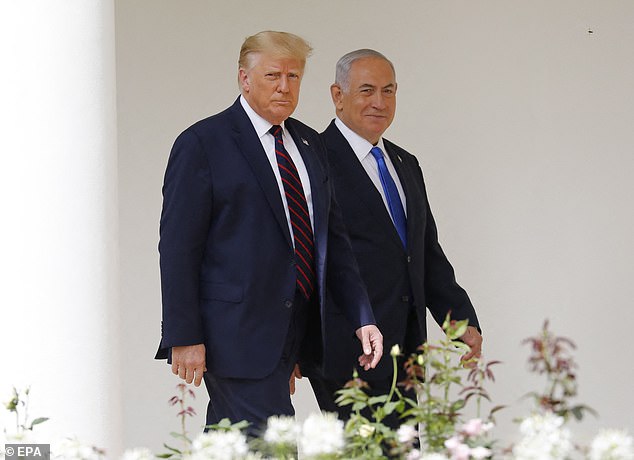 One official said the Netanyahus were ‘the only ones who bring actual suitcases of dirty laundry for us to clean’ on official visits.

‘After multiple trips, it became clear this was intentional,’ they said.

Netanyahu’s long career at the top of Israeli politics goes back to the 1990s and he has met with Presidents Clinton, Obama and Trump on visits to the US, although he was out of office during the Bush years.

Another official said Netanyahu had been more sparing on his recent White House visit, where Israel signed historic peace accords with Bahrain and the UAE.

This time there were no suitcases of laundry, the official said – while the Israeli embassy said that use of the washing service had been minimal.

White House cleaners washed ‘a couple of shirts’ for the public meeting, a suit for the PM and a dress for his wife Sara, and a pair of pyjamas that Netanyahu wore on the long flight from Israel, the embassy said.

It added that the allegations of overusing laundry services in the past were ‘groundless and absurd’, and designed to distract from the historic peace deals.

But Netanyahu has gone into battle to protect his laundry secrets before, suing his own office in 2016 to stop it releasing his washing bills.

In a 27-page lawsuit he argued that an examination of his laundry would amount to ‘arbitrary interference with his privacy’. 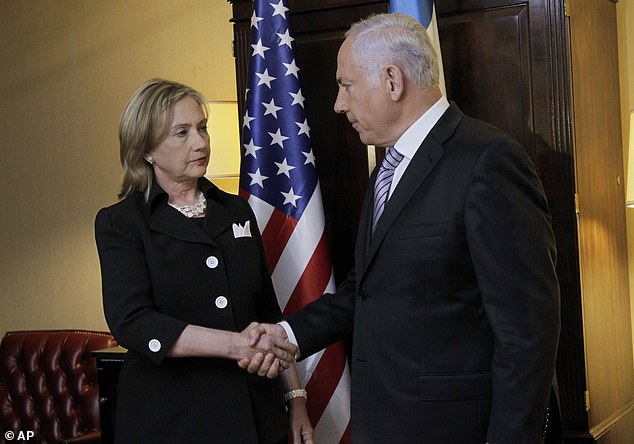 Netanyahu, pictured here with Hillary Clinton in 2010, has been to Washington as prime minister under Presidents Bill Clinton, Barack Obama and Donald Trump

Two years later, whistleblower Nir Hefetz claimed that Sara Netanyahu would take four or five suitcases with her on official visits so she could send the contents for dry cleaning.

On one occasion she arrived on a foreign visit with eight suitcases of dirty laundry in tow, it was claimed.

She admitted criminal wrongdoing and was ordered to pay more than $15,000 in a plea deal which saw her avoid prison.

The indictment claimed that she and a government employee fraudulently obtained more than $100,000 for hundreds of meals supplied by restaurants.

The PM himself has long faced questions over expenses at his official and private homes, as well as a $127,000 charge for fitting a bedroom into a chartered plane to London.

Netanyahu, who was sworn into office for a fifth term in May, is currently on trial on corruption charges after being indicted in three criminal cases last year.

The 70-year-old, who denies all wrongdoing, is accused in the first case of granting favours to telecommunications firm Bezeq in exchange for favourable coverage of himself and his wife. 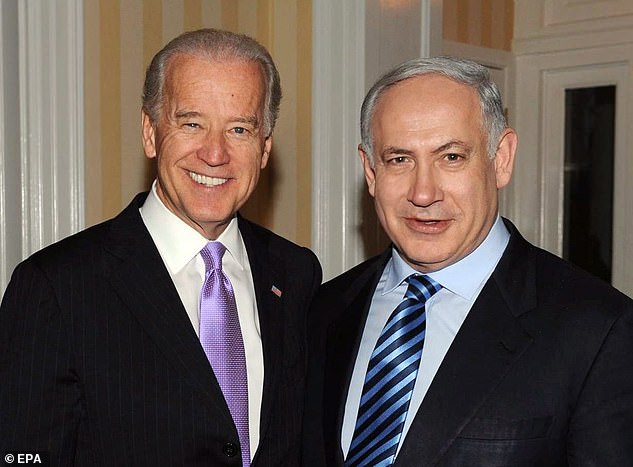 The second charge alleges that he and Sara received more than $200,000 worth of illegal gifts from an Israeli Hollywood producer and an Australian businessman in return for helping with business interests.

The third allegation is that Netanyahu sought better coverage from newspaper Yedioth Ahronoth in exchange for legislation to hamper a rival publication.

Netanyahu says he is the victim of a politically orchestrated ‘witch hunt’ by the media and the left to oust him from office.

Loyalists in Netanyahu’s Likud Party have accused the justice system of bias, and Netanyahu has said receiving gifts from friends was not against the law.

The trial could take years and has already been delayed by the coronavirus pandemic.

However, the PM has dropped plans to seek parliamentary immunity from the charges amid long political stalemate in Israel.

Under a fragile coalition deal following three drawn elections, Netanyahu’s rival Benny Gantz is due to take over as prime minister in 2021.

However, analysts say another snap election is possible which could cancel the power-sharing deal and allow Netanyahu to stay in power.