A dog that spent eight years in an animal shelter has finally found a home and has spent her first Christmas with her new owners.

Roxy the staffie is described as highly intelligent but despite her smarts the poor animal has spent almost a decade in a kennels.

Staff at Teckels in Whitminster, Gloucestershire, said they were very impressed at the canine and would bring her specialist games to keep her entertained and were amazed at who quickly she figured them out.

Now Roxy has found her ‘forever home’ in Stroud after being picked by dog groomer Leanne Wenban. 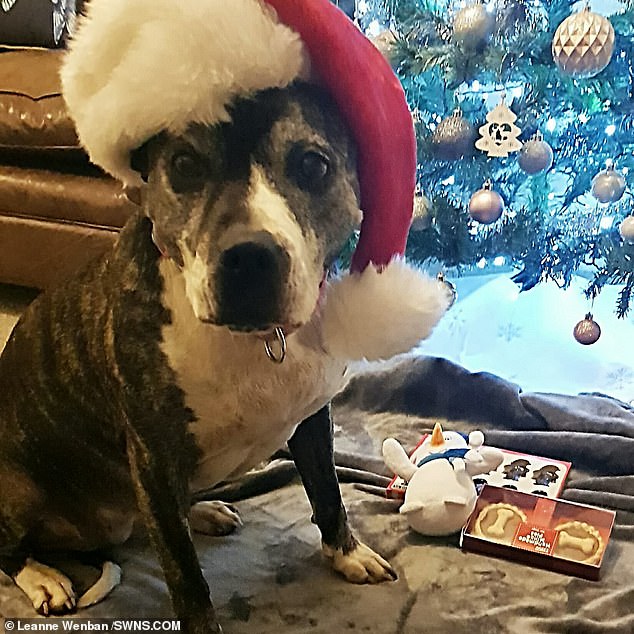 Staffordshire bull terrier Roxy, pictured, has found a home in time for Christmas after spending eight years at a kennels

Ms Wenban said: ‘We saw her on the Teckels website and we saw that she had been at the kennels for a long time.

‘We thought that we would see how it goes and it took around six months to get to where we are now.

‘At first she ignored us but we went up to see her every Thursday and Sunday.

‘At first we would sit in the cage with her and then eventually we were able to walk and cuddle her.

‘It does not usually take a dog that long to get used to someone but she needed extra time.’

Roxy now has her own bedroom complete with toys and treats, but she is still settling into the new home. 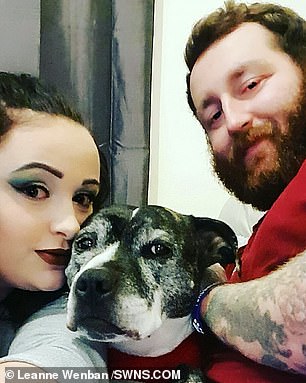 After spending so long in the animal sanctuary, Roxy is still anxious and is not used to the peace and quiet.

Ms Wenban added: ‘At first Roxy came to our house on visits. She is so good and she sleeps a lot.

‘She loves to be tucked up into her blanket.

‘She also has her own bedroom which is like a small child’s bed.

‘Before she was so used to all the noise from the kennels which was fine and what she is or was used to but now I think that she is catching up on the peace and quiet.’

Ms Wenban said that she loves all dogs and her partner Sam Green is what she describes as a ‘bull breed fanatic’.

She said: ‘We have bought her lots of games. Board games for dogs, a snuffle mat, she is very clever.

‘She works them out in minutes and we have to mix the games up each day as she remembers and figures out where the treats are.

‘Teckels have been really good and have worked around us. They have made sure that there is always someone from there to be on hand to help Roxy visit.

‘After a while, they did not have to supervise us being with her when we were making our visits. We were able to just sign in and go to see her.

‘She is now starting to say hello to other dogs and is still a little nervous as it is like she sees it as her territory.’ 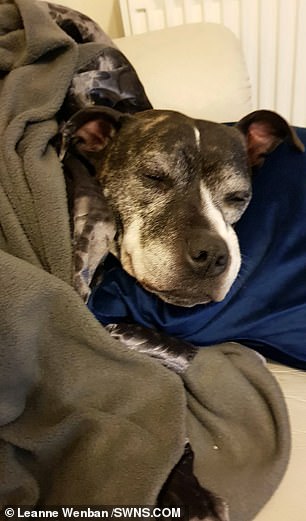 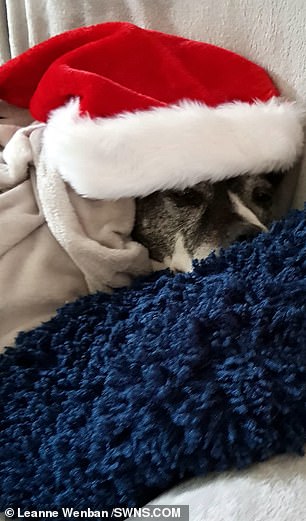 Ms Wenban said Roxy, pictured snuggled up at her new home left and right, was very nervous around them to begin with but has grown accustomed to her new home and is starting to warm up to other dogs