Four years ago, Nicolas Gilad Pereg flew from Argentina to the NSW town of Armidale to celebrate the 50th birthday of his aunt Lily Pereg.

"Everyone who met him thought he was strange; a lot of people thought he was a speed addict, his brain was always racing and his eyes were shooting around," a friend of Dr Pereg said. 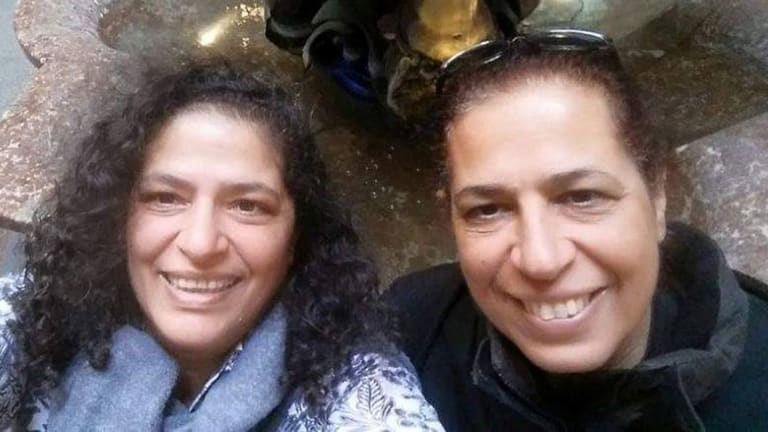 Mr Pereg, 36, was arrested on Saturday and charged with murdering Dr Pereg, 54, and her sister – his mother – Pyrhia Sarussi, 63.

The sisters, who were born in Israel where Ms Sarussi lived until her death, travelled to Mendoza on January 11 to visit Mr Pereg, who had been living in Argentina for a decade.

One friend, who did not want to be named, said Dr Pereg was "dragged along" by her sister.

"She was keen to see her sister, not so much on Argentina," the friend said. 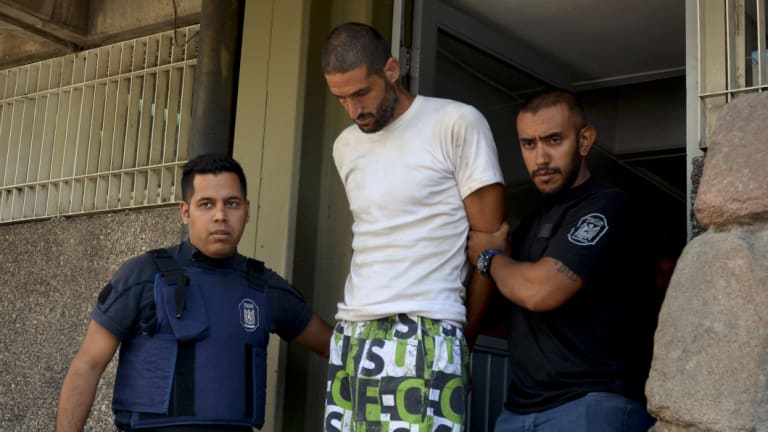 Gilad Pereg, the son of one of two missing sisters found dead in Mendoza, Argentina, on Saturday, is arrested.Credit:AP

The sisters were staying in an apartment downtown, and were last seen the following day on CCTV entering Mr Pereg’s home, which local media have reported was filthy and full of dead animals.

Friends of Dr Pereg, an associate professor of microbiology at the University of New England, have said that it was unlikely she would enter a home like that.

"She was a germaphobe," former colleague Nicholas Sadgrove said. "When she went to the supermarket, she insisted on buying fruit and vegetables wrapped in plastic.

"When we found out what Gil's house was like, we knew there was no way that she'd go in there." 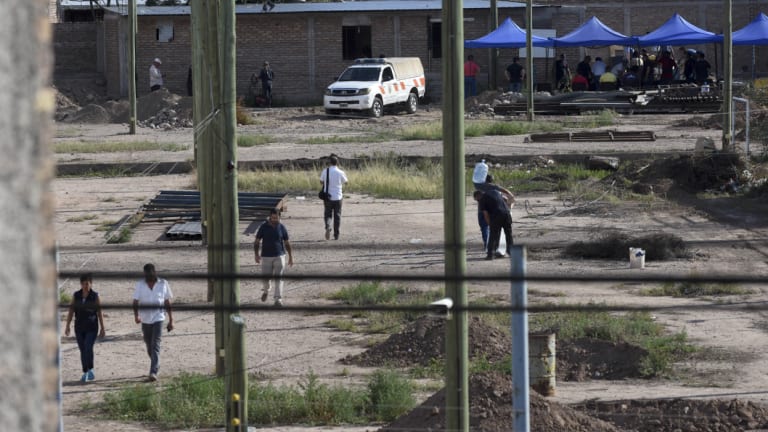 Police work in the lot next to the home of Gilad Pereg where the bodies of his mother and aunt were found.Credit:AP

Rosalind Deaker, who studied with Dr Pereg at Sydney University where she did her PhD, concurred.

"She's a microbiologist, she knew all about germs," she said.

Mr Pereg initially reported his mother and aunt missing to police two days after they were last seen entering his unit complex.

He continued to update local police, telling them he saw his mother and aunt on a bus, but police became suspicious and twice searched the warehouse in which he lived.

"Scientific staff found some apparently blood samples in a cement bag that was at the end of the property in a construction site," she said.

A T-shirt, cigarette butts and fabric from a mattress were also found, leading investigators on Saturday to a lot at the end of Mr Pereg's block, where the bodies of the women were allegedly found in shallow graves.

A local newspaper said that nails were found hammered into both corpses, and at least one of the women had been shot.

"Although we had suspicions about Pereg's story, he was smart enough to disguise the truth and even in his denunciation of the disappearance of women," prosecutor Fernando Guzzo told a news conference following the arrest.

Mr Pereg is in prison in Mendoza on one charge of homicide and one of aggravated homicide. He will undergo a mental health assessment.

He is reported to have moved to Argentina from Israel 10 years ago, and told locals he was a Norwegian named Floda Reltih – Adolf Hitler written backwards, Argentinian newspaper Clarin reported.

In Mendoza, he ran a restaurant but moved into running the South American arm of his mother's five businesses. It is understood the businesses were not successful under his stewardship.

Local media reports say that firearms and millions of Argentinian pesos were found when police raided his home.

Australia's Department of Foreign Affairs and Trade said it was "providing consular assistance to the family of an Australian woman who died in Argentina. Owing to our privacy obligations we will not provide further comment."

Dr Pereg moved to Australia from Israel in 1998 to complete her doctorate, moving to Armidale with her former husband Jo Gerk in 2001.