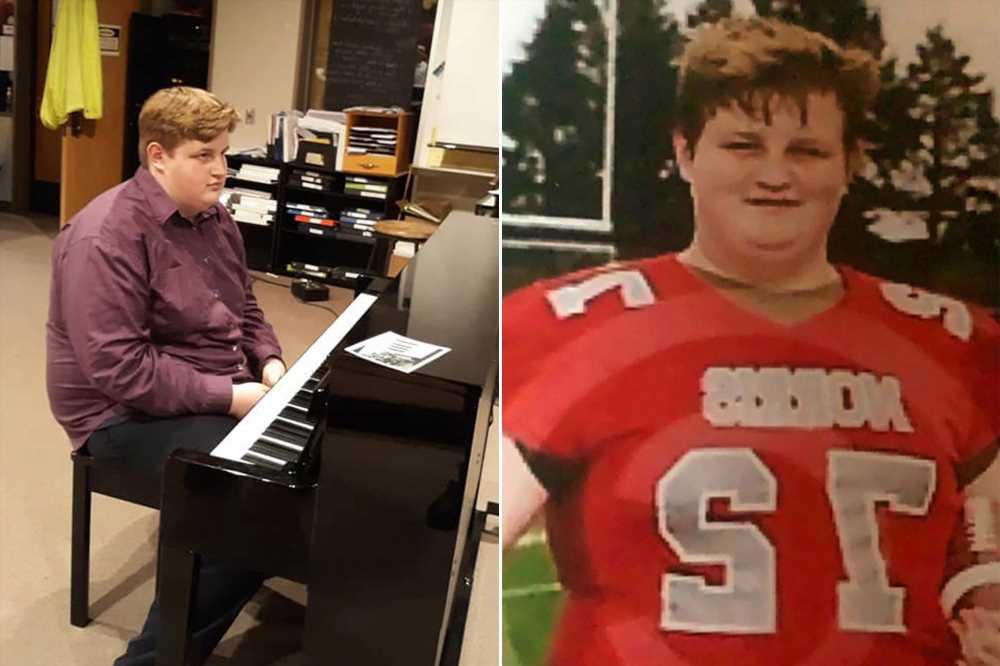 A Nebraska high school football player collapsed and died from heatstroke as his team practiced while the Omaha area’s heat index went over 100 degrees, relatives and officials said.

“He just didn’t pull through,” Scott Hoffman said. “They said his body temperature was extremely elevated and they couldn’t get it down.”

Hoffman said his son was 6 feet 3 and 389 pounds, but he had had no known medical conditions and had never previously been to a hospital.

“He was a big kid, but he was a healthy kid,” Hoffman said, adding that the family had recently returned from a trip to Las Vegas and California where it was extremely hot and his son had no issues.

Tuesday marked Geiger’s first practice session of the season because his doctor forgot to sign the papers following his physical, leaving him out of Monday’s session, Hoffman said.

“The last thing I said to him was, ‘Be tough, kid,’” Hoffman told KETV.

But an hour later, Hoffman got a call from the team’s coach saying his son had collapsed just minutes into practice. He was rushed to Nebraska Medical Center, where doctors tried for hours to revive him.

“The doctor came and said, ‘It is not looking good, he is extremely overheated,’” Hoffman recalled. “His organs were working so hard to cool down.”

Hoffman said doctors told him Geiger died of heatstroke. The temp in Omaha at 4 p.m. Tuesday was 91, but the heat index was between 100 and 106, prompting the National Weather Service to issue a heat advisory, the World-Herald reported.

“He didn’t deserve this,” Hoffman said. “He had his whole life ahead of him. I just wish this didn’t happen.”

Hoffman told KMTV that hospital staffers said Geiger, who was set to get his driver’s license on Wednesday, had an internal body temperature around 122 degrees.

“We have been in contact with Drake’s family and conveyed our heartfelt sympathy and support,” Principal Jodi Pesek wrote. “Many in our community will be affected by this news. South High is a tight-knit community, and we are here for one another.”

Counselors were made available to Geiger’s classmates, Pesek said.

An Omaha Public Schools spokeswoman said district officials were investigating the events leading up to the teen’s death while declining further comment.

Geiger’s death marked at least the fourth high school football player in less than a month to die during practice or conditioning sessions, the Associated Press reported.

Geiger’s autopsy is scheduled for Thursday, Hoffman said. He’s survived by his parents and four sisters.

“August 10th was a nightmare for our family,” Geiger’s sister Brittany Hoffman wrote in an online fundraiser that garnered more than $15,000 as of Thursday.