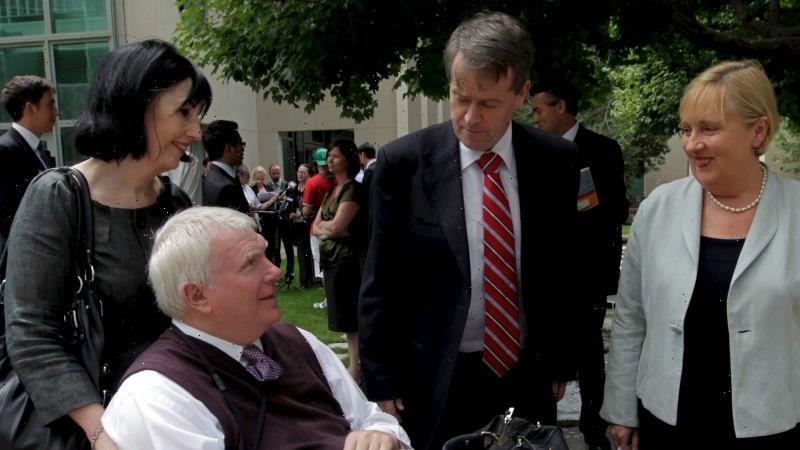 An architect of the National Disability Insurance Scheme says a compulsory doubling in hours for disability workers will increase costs for users, adding to fears of advocates and providers that services will be hit.

The agency overseeing the scheme says it is reviewing its pricing following a Fair Work decision to increase the minimum hours for workers, with economists saying the overall cost of the NDIS is likely to increase and registered providers warn of more gig workers in the space. 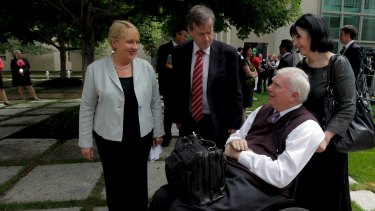 John Walsh (bottom right) in 2011, then associate commissioner of the Productivity Commission, with ministers in the then-Labor government, Jenny Macklin and Bill Shorten.Credit:Alex Ellinghausen

Retired National Disability Insurance Agency board member John Walsh, a former associate commissioner to the Productivity Commission and key designer of the NDIS, said every time more regulation was placed on the service structure of the program, it “necessarily” reduced the flexibility for consumers.

“Obviously the implication of this is that it increases the total cost of support because of the model that has been implemented,” Mr Walsh, who also lives with quadriplegia, said.

Major unions have lauded the changes to the award, coming into force later this year, with Australian Services Union NSW and ACT secretary Natalie Lang saying the movement had long campaigned for the change.

“With a third of the disability workforce reporting they are looking to leave their jobs within the next year, we desperately need changes like this to convince them to change their mind,” she said.

People With Disabilities Australia policy manager Giancarlo de Vera said the advocacy body backed job security for workers but held concerns the update of the award would see clients receiving less care for the money spent under their NDIS plans.

Queanbeyan NDIS recipient Chiara Scotellaro, who lives with multiple sclerosis, said the changes were a concern as she already battled to get the hours she needed under the scheme.

“If I then need to pad out my support hours so the support worker needs two hours worth of work, is the NDIA going to fund me for that?” she said.

The changes to the social, community, home care and disability services industry award include minimum shifts for casual workers doubling from one to two hours, a loading for split shifts, a clothing allowance and a guarantee around a restriction on work hours. 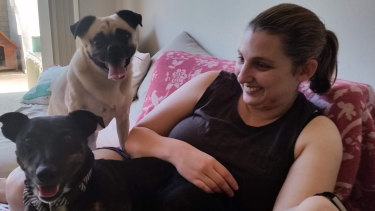 Chiara Scotellaro, who lives with multiple sclerosis, is concerned about the potential impact to services.

A spokesperson said for the National Disability Insurance Agency said it was aware of the changes and was following them closely as part its annual pricing review, which “looks at NDIS pricing arrangements … to see if they continue to be appropriate, or if we need to make changes.”

Minister for Government Services Linda Reynolds said the Coalition was “committed to fully funding the NDIS as a demand-driven scheme” and that an extra $26.4 billion had been invested in December to bolster its growth.

Health economist Stephen Duckett said the wage decision meant the agency was going to have to “fork out” more money to meet the needs of clients.

“Certainly, if the award goes up, it will cost the NDIA more. Full stop,” he said.

Andrew Thomas, communications director of registered provider Hireup said people with disabilities and their workers “will be forced to move away from the security of regulated employment standards and into the rapidly growing gig economy, where the Fair Work Commission has no oversight whatsoever.”

“Ultimately, workers will either leave the disability sector entirely or have to become ‘independent’ contractors to compete – without any minimum wages at all,” Mr Thomas said.

Laura Green, chief executive of care provider Oncall, which employs about 2,500 people, said any changes that caused clients to see the “unregulated, wild west as a more viable option” appeared to be nonsensical.