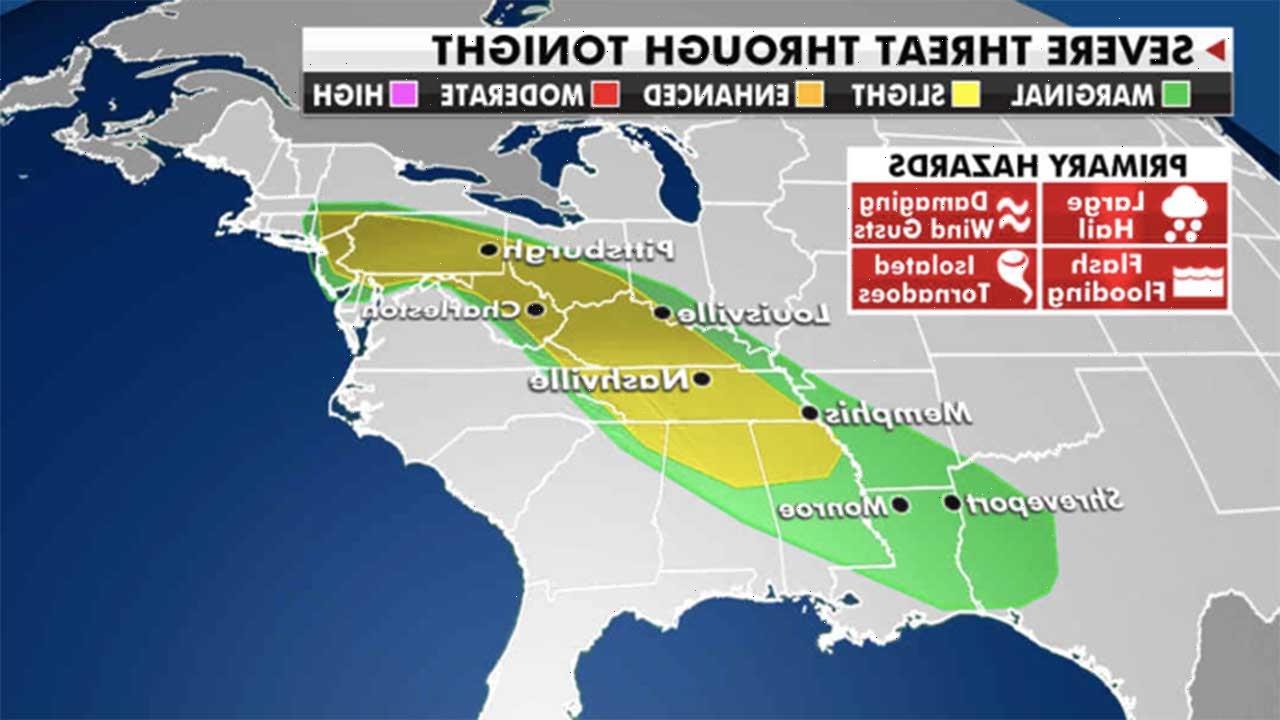 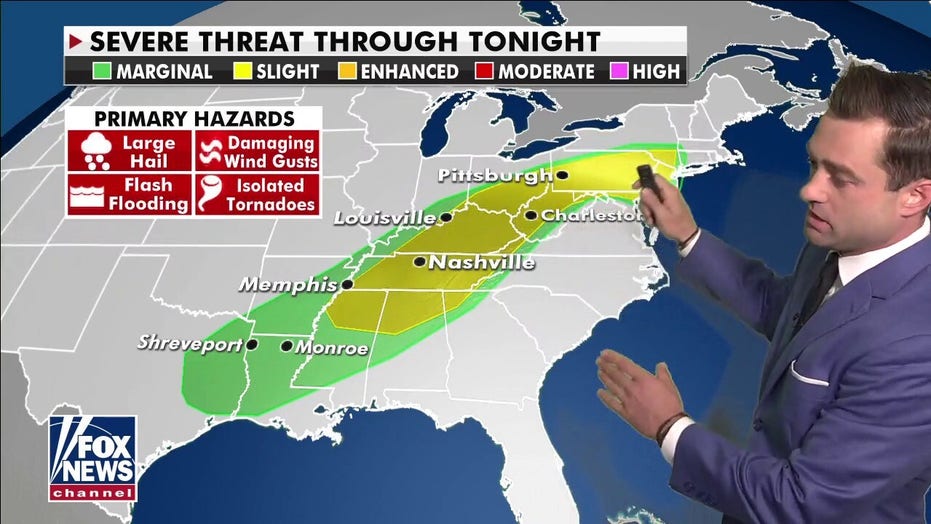 Adam Klotz has your FoxCast.

A slow-moving frontal boundary extending from the Northeast through the Ohio Valley is reaching southwest into the Mississippi Valley and Texas.

The Storm Prediction Center has issued a slight risk of severe thunderstorms from parts of the Mid-Atlantic to the Tennessee Valley from Thursday afternoon into early Friday morning. 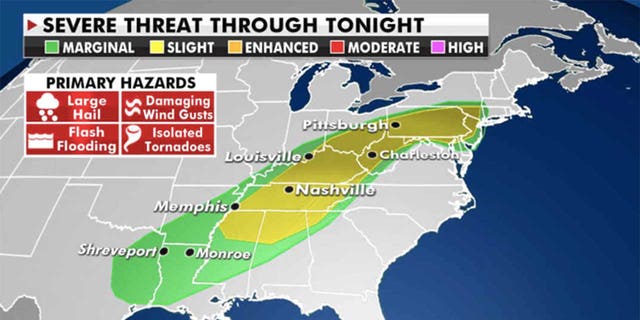 Additionally, a slight risk of excessive rainfall has been issued over a region including Arkansas, Louisiana and Texas.

Heavy rain will produce scattered areas of flash flooding, with urban areas, roads and small streams being most vulnerable. 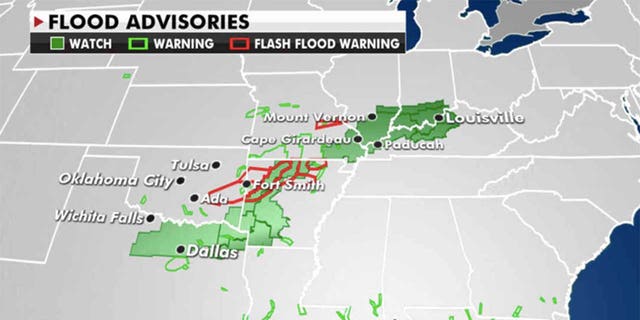 Rain picks up in the Northeast and Mid-Atlantic by early Friday and extends back into parts of the Ohio Valley.

Cooler air on the northern side of the system does mean a chance for wet snow in upstate New York and higher elevations in interior New England late Friday and Saturday morning. 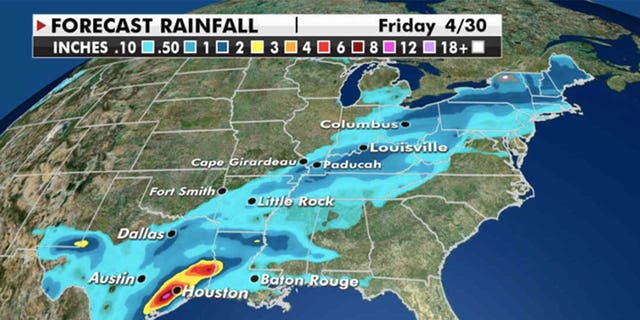 Rain picks up in the Northeast and Mid-Atlantic by Friday (Credit: Fox News)

Otherwise, temperatures in front of the storm line remain warm.

Highs across the Southeast and parts of the East Coast will again be in the 70s and 80s on Thursday.