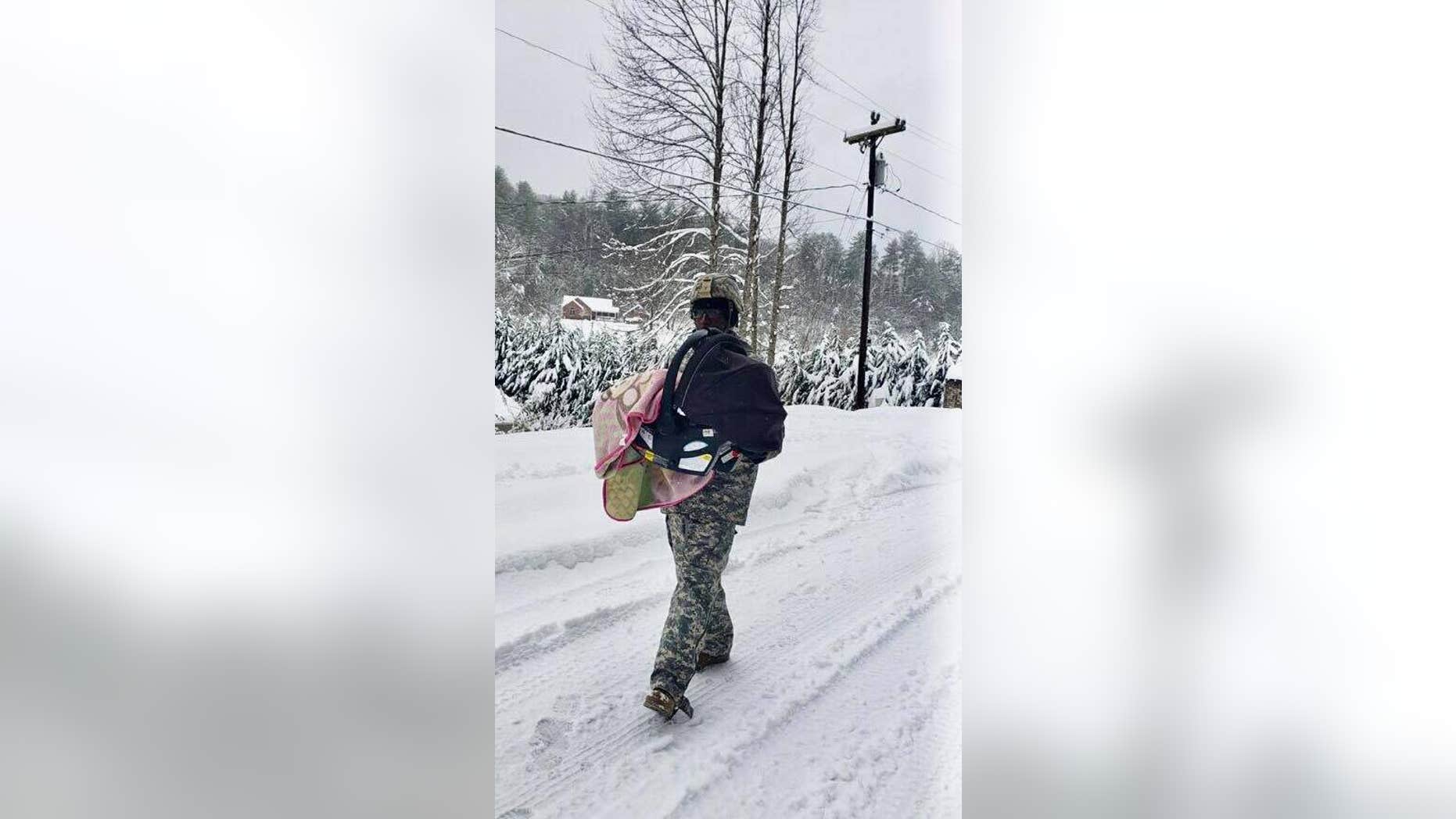 Sgt. Donovan McPherson, 27, was hailed a hero after he carried a baby in a car seat to safety.
(North Carolina National Guard)

A National Guard soldier was hailed a hero Sunday after he helped a mother carry her baby after they had been stranded in a home for days due a historic snowstorm that dumped inches of snow on the North Carolina town.

Sgt. Donovan McPherson, 27, was helping emergency responders in Lenoir when they received a call for help, WRAL reported. They arrived at a home where a family and a baby had been stranded for three days without electricity after a tree fell on a power line during the snowstorm.

"The baby was recently sick," McPherson told WRAL. "They were worried the baby would get sick again."

As McPherson was helping them out of the home, he saw the mother was struggling to carry several items to bring with her to safety. The soldier said he decided to jump in and carry the baby in a car seat.

McPherson was pictured carrying the car seat with a pink blanket draped in the front to keep the child warm. North Carolina National Guard posted a photo of McPherson carrying the child to safety.

McPherson said the baby’s mother “just thanked” him and other emergency responders for their help. He added that the family was relocated to a relative’s home in Hudson, North Carolina.

McPherson is a National Guard member with the 883rd Engineer Company from Winston-Salem. He said he joined 11 years ago and plans to continue his service as he attends the University of North Carolina at Greensboro.

Parts of North Carolina saw record snowfall over the weekend when a storm hit the area. About 18 inches fell in Lenoir, while Boone, a town about 27 miles north, received up to 20 inches.

The storm left tens of thousands of people without power in the area.