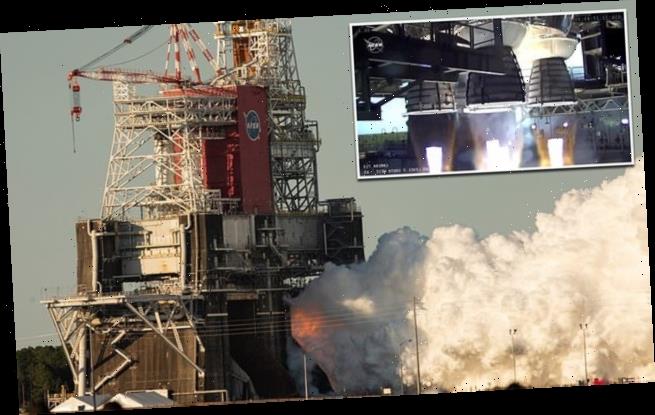 NASA scraps test of its most powerful rocket ever after one minute: Agency investigates ‘major component failure’ on $18.6billion Space Launch System that’s been built to take Americans to the moon

A scheduled test of NASA’s Space Launch System rocket on Saturday quickly went off the rails, casting doubt on the next steps of sending Americans to space and the moon.

The Space Launch System is designed to be the most powerful rocket ever, with four RS-25 rocket engines and two external boosters built by Northrop Grumman.

On Saturday, it was scheduled to undergo a hot fire test at NASA’s Stennis Space Center in Mississippi. It was set to be the last test as part of a ‘Green Run’ of eight tests.

The test was originally supposed to take place in November, but was delayed by a fueling issue discovered during a previous test.

Investor’s Business Daily reports Saturday’s test ran for just over a minute before ending, though, when it was supposed to go for eight minutes. 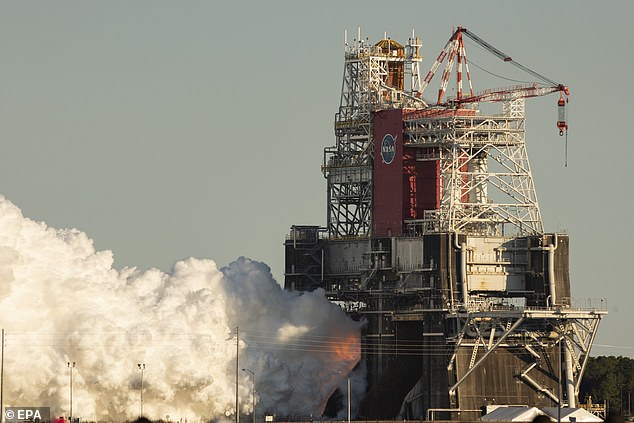 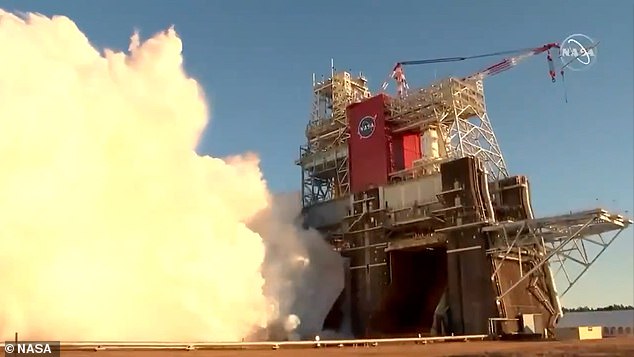 A ‘major component failure’ occurred in one of the rockets, which forced the safe shutdown of all four rockets.

Prior to the shutdown, NASA was able to power up the whole system, load more than 700,000 gallons of propellant into the tanks, and simultaneously fire the engines in the style of a launch.

NASA was able to obtain some data from the test, although it would’ve needed to last for at least four minutes for the organization to get the data they really needed.

‘If we had an early shutdown for whatever reason, we get all of the engineering data that we need to have high confidence in the vehicle at about 250 seconds,’ John Shannon, SLS program manager at Boeing said earlier in the week. 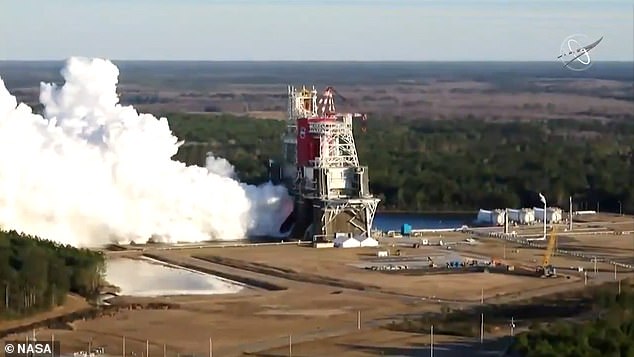 Just a minute into the test, however, a ‘major component failure’ required a shutdown 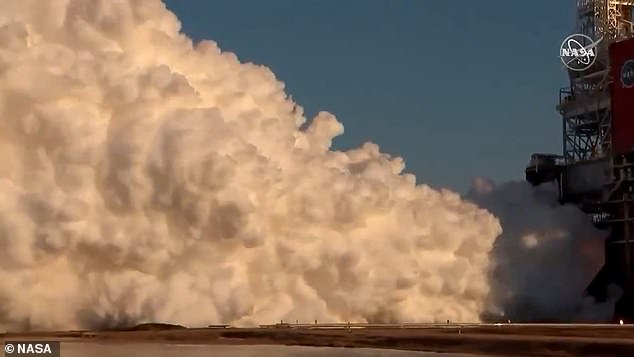 The rockets were shut down safely, but there was no initial word on what had happened

There’s no timeline on potentially running the test again, but SpaceNews reports that it would likely take at least another week to run a new test, should NASA decide to do so.

NASA planned on sending the Space Launch System’s core to the Kennedy Space Center in February to combine with the Orion spacecraft, but that is now in doubt.

The rockets are powerful enough to boost the Orion to 24,500mph, which is the necessary speed for bringing a spacecraft to the moon.

The timeline for the Space Launch System has been pushed back numerous times, as it was originally supposed to be launched in 2016. 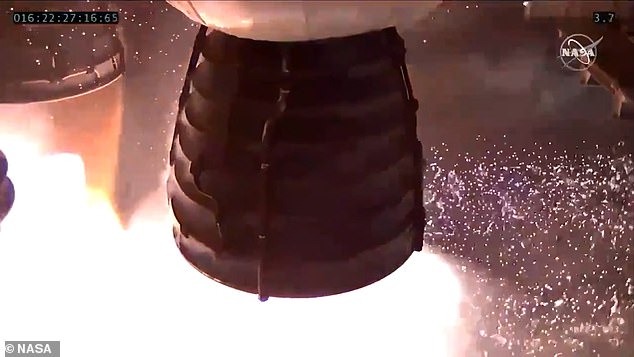 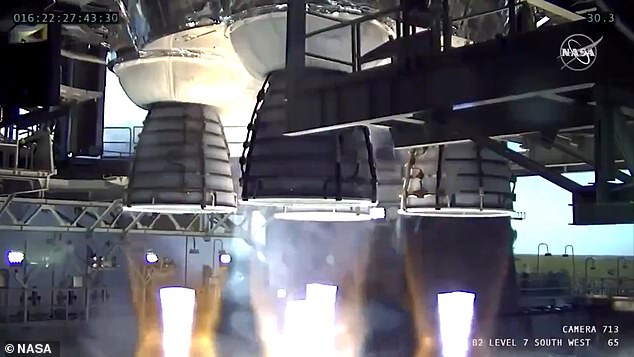 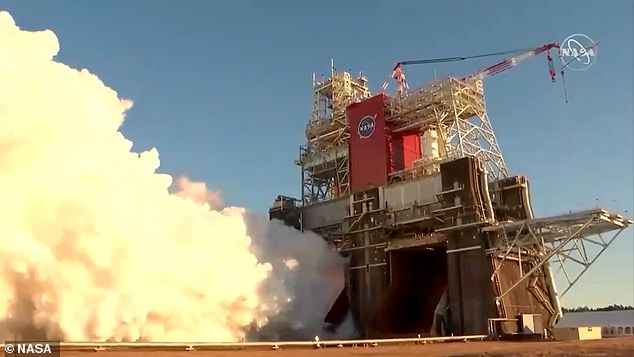 The Space Launch System will carry the Orion spacecraft back to the moon at 24,500mph

The Trump Administration set out a timeline that would have the Space Launch System be part of getting astronauts back to the moon by 2024, but Joe Biden has not committed to that same timeline.

There is still hope of launching Artemis I, an unmanned test flight, by the end of 2021.

The development costs for the rocket are projected to reach $9.1billion according to NASA’s associate administrator for human spaceflight, 30 percent over the original estimated cost.

In a blog on NASA’s website, the agency said, ‘All four RS-25 engines ignited successfully, but the test was stopped early after about a minute. At this point, the test was fully automated. During the firing, the onboard software acted appropriately and initiated a safe shutdown of the engines.

‘During the test, the propellant tanks were pressurized, and this data will be valuable as the team plans the path forward. In coming days, engineers will continue to analyze data and will inspect the core stage and its four RS-25 engines to determine the next steps.’

A briefing from NASA about the test was expected to occur later Saturday night.

Twelve people have walked on the moon in human history. There has not been a lunar landing since 1972, though, and NASA hasn’t sent any astronauts into space in almost ten years as private companies like SpaceX have begun to fill the void of manned space exploration.