Scientists from NASA announced Tuesday that they discovered an Earth-size planet orbiting its star’s habitable zone.

Called TOI 700 e, the planet is part of the TOI 700 system and is 95% the Earth’s size and likely rocky, according to NASA, which used data from its Transiting Exoplanet Survey Satellite (TESS).

“This is one of only a few systems with multiple, small, habitable-zone planets that we know of,” Emily Gilbert, a postdoctoral fellow at NASA’s Jet Propulsion Laboratory in Southern California who led the work, said in a statement on NASA’s website.

NASA previously discovered three planets in the same system, called TOI 700 b, c and d. Planet d is also in the habitable zone of the star, NASA said. 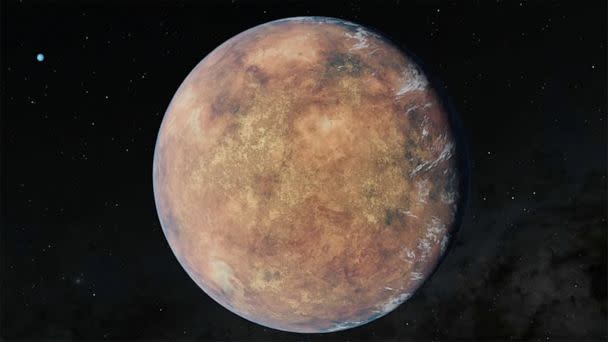 “Planet e is about 10% smaller than planet d, so the system also shows how additional TESS observations help us find smaller and smaller worlds,” Gilbert said.

Paul Hertz, a senior advisor to the Associate Administrator of the Science Mission Directorate, said in 2020 that “TESS was designed and launched specifically to find Earth-sized planets orbiting nearby stars.”

In 2020, a New York teenager interning at NASA discovered a planet 6.9 times larger than Earth that orbited two stars, what scientists call a circumbinary planet.

MORE: From stunning images from James Webb Telescope to 1st Mexican woman in space, here are the top space stories of 2022

NASA said the Wolf Cukier’s discovery was rare because circumbinary planets, which are usually difficult to find and scientists can only detect these planets during a transit event, when one of the suns shows a decrease in brightness.