A NAKED man fled a 'brothel' covered in blood and with only a doormat to cover his privates after smashing through a window, it's claimed.

Stunned neighbours watched the man run down a Grimsby street yesterday evening shouting: "Someone help me, I've been kidnapped." 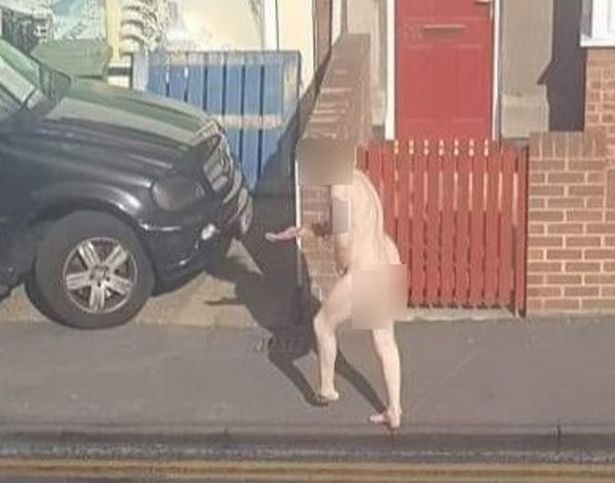 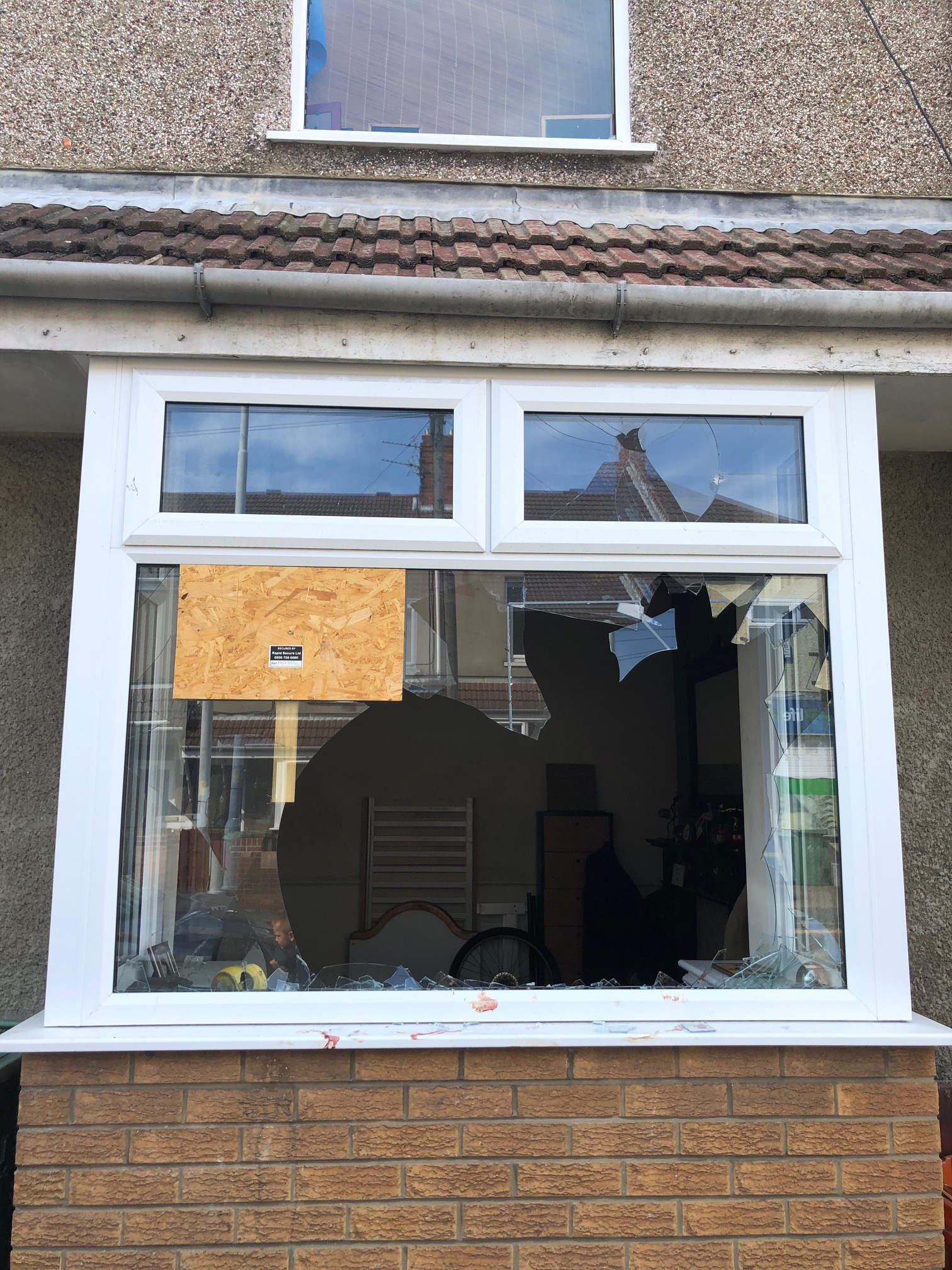 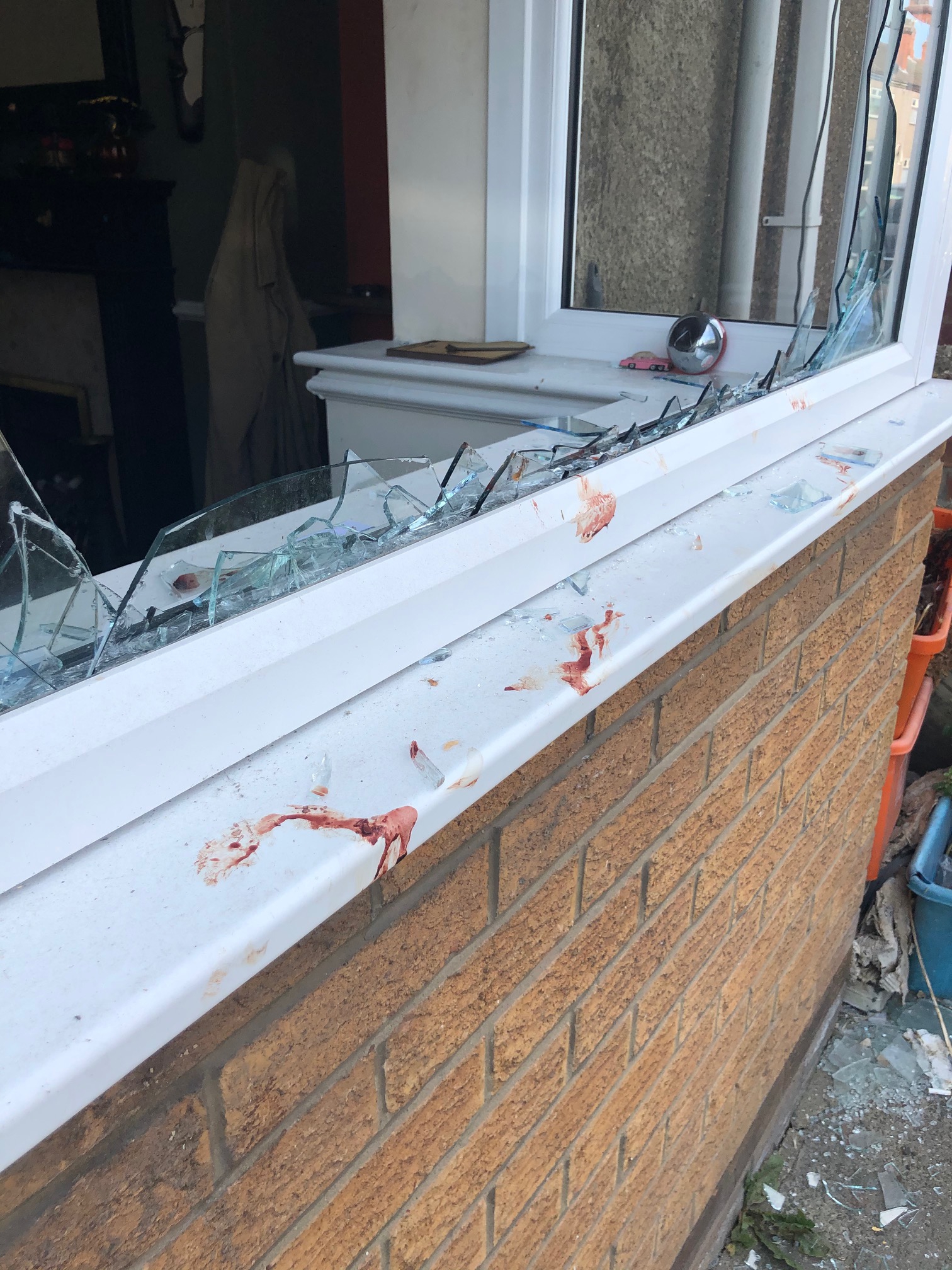 Witnesses feared the man was carrying his own severed HAND after an alleged abduction, the Grimsby Telegraph reports.

A shocking photo shows the casualty fleeing in Convamore Road.

He appears to be carrying something in his free hand.

People living nearby say the injured man dashed into the Lifestyle Express shop in a bid to get help following the incident late yesterday afternoon.

It's believed the man had crashed through the lounge window of a 'well-known brothel' before dashing into a corner shop for refuge.

He was bleeding heavily from his right arm.

The incident triggered a major response as police and paramedics rushed to the scene in the town's East Marsh area.

One neighbour said: "I was sitting at home about 4pm and heard a massive crash.

"I looked out and saw an old-ish white bloke had gone crashing through the big window.

"There was glass all over the front garden.

"The man was completely naked. 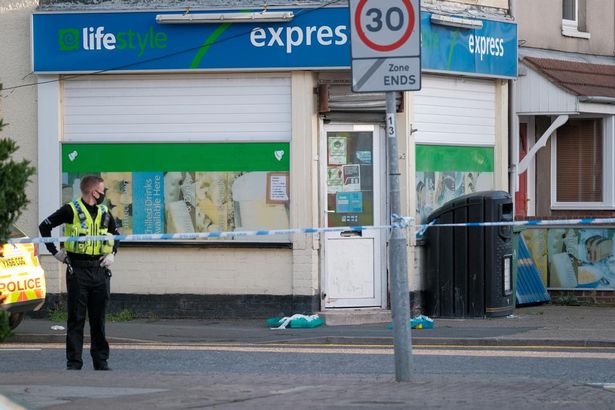 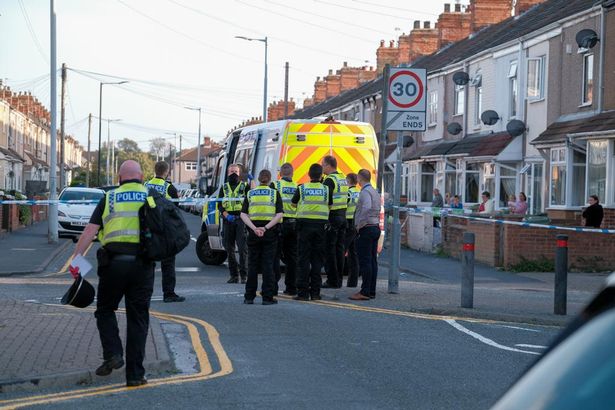 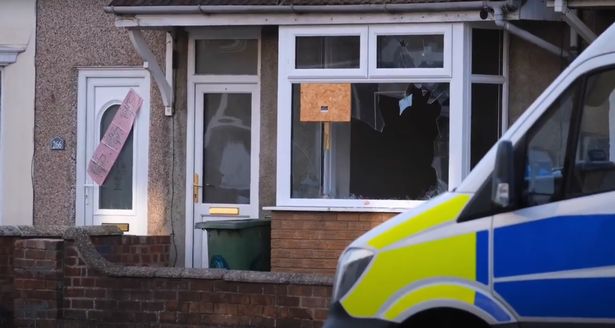 "He had long scruffy hair and blood was gushing from his right arm.

"He was shouting, 'Someone help me, I've been kidnapped'."

Another said: "The house he jumped out of is a knocking shop and there are women selling sex in there.

“We have been reporting it to police time and time again and it got raided by officers recently."

He said the casualty "must have been pretty scared" to jump out of a window "stark naked, risking his life".

The man dashed to the corner shop across the road and begged for help, the witness said.

It's feared the man had been taken hostage after he was forced to leave another address in Cleethorpes earlier that day.

And there are claims the casualty had been badly beaten by two men before he managed to escape.

One witness said: "Apparently the man jumped out of the window without any clothes on and ran across the road to a shop.

"It looks like he was treated by paramedics in the shop."

Detectives have since launched an investigation, with officers seen carrying out door-to-door enquiries.