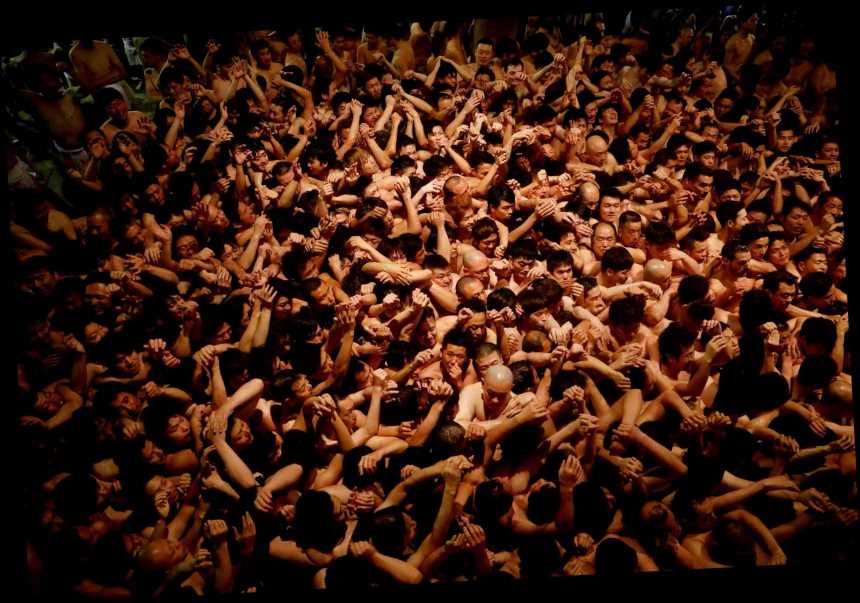 JAPAN’S “Naked Festival” where thousands of men strip down to battle for a “holy stick” has gone ahead despite the coronavirus pandemic.

The Hadaka Matsuri, which takes place at the Sadaiji Kannonin temple on Honshu island, has been described as a “writhing ball of flesh”. 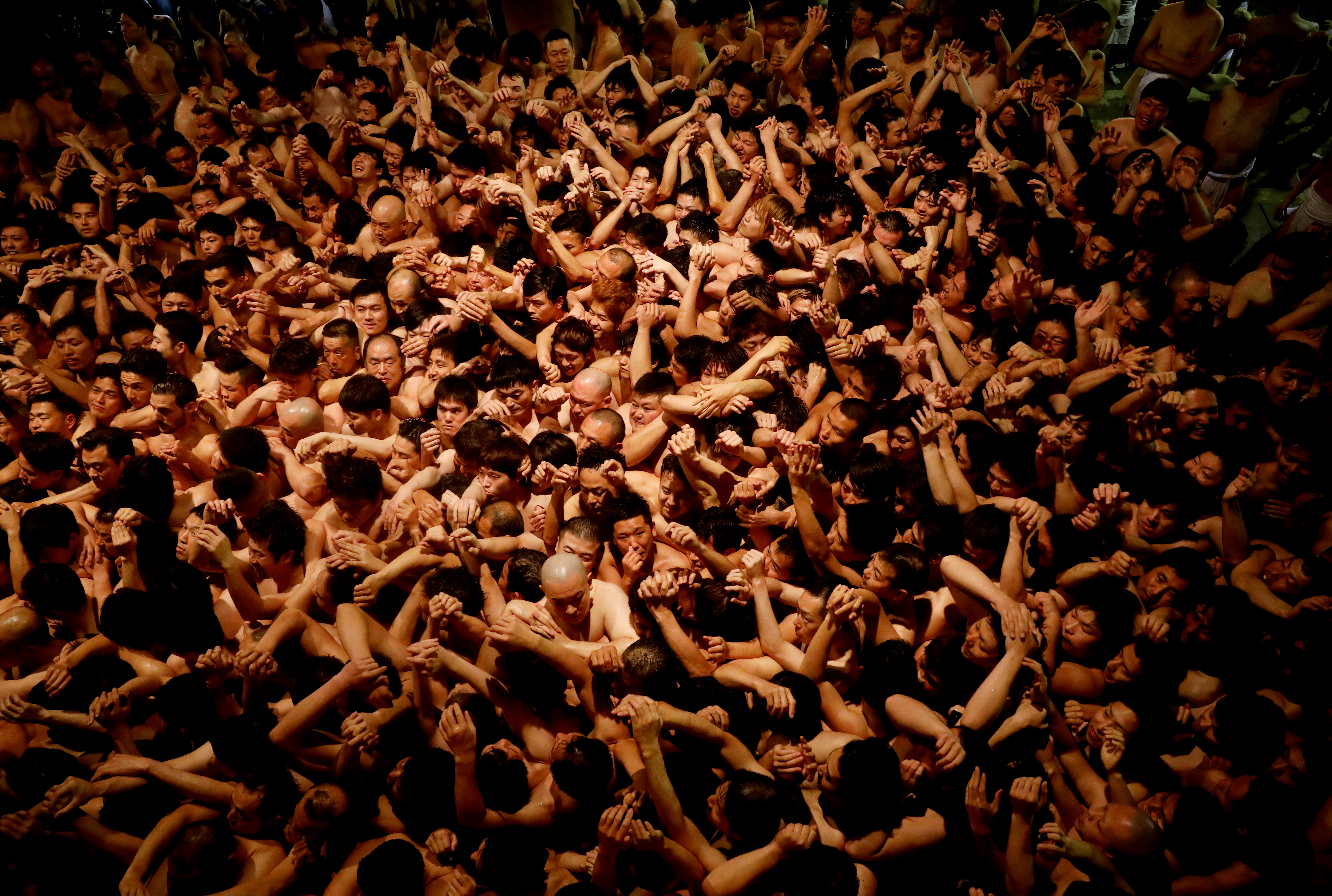 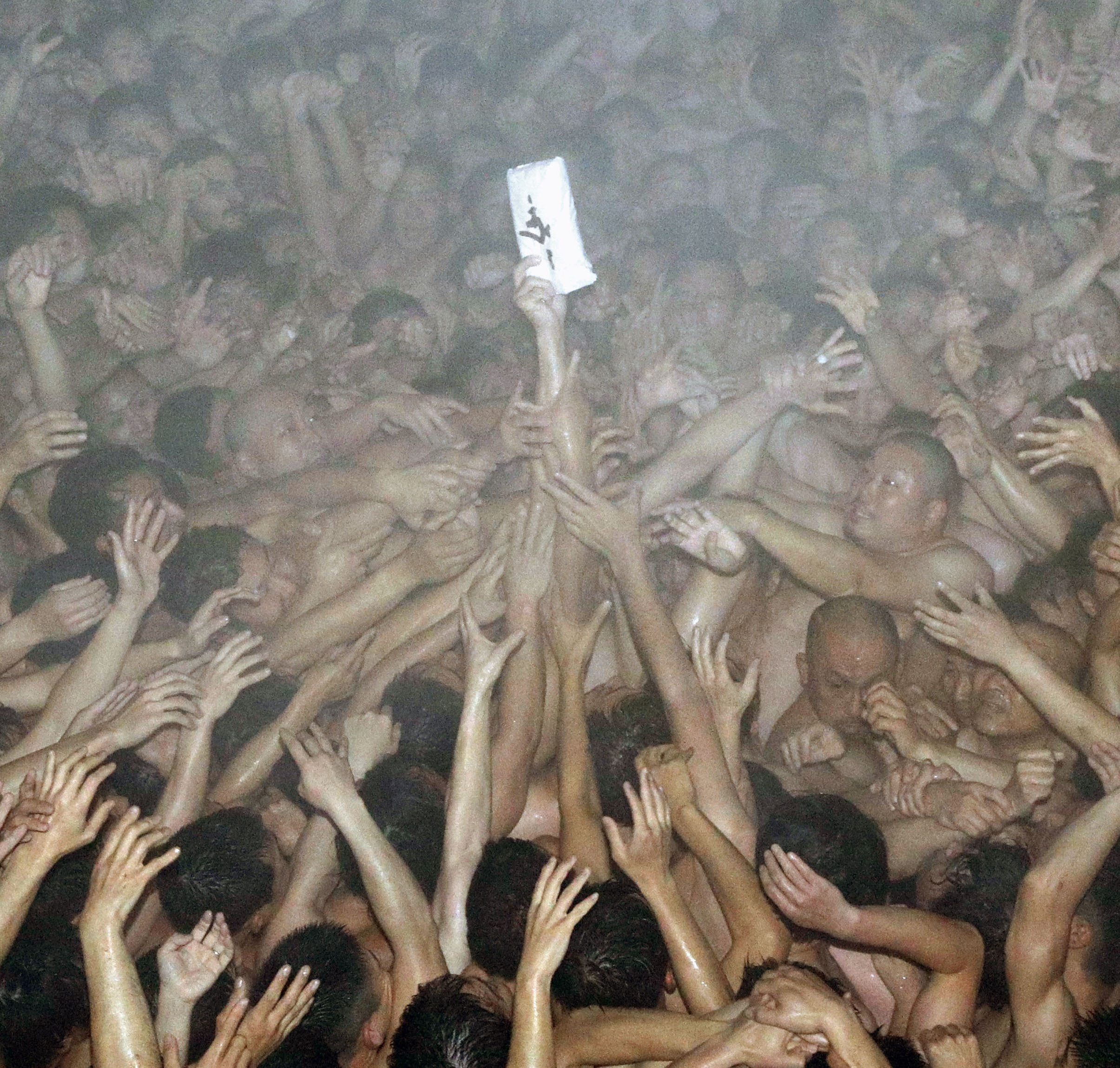 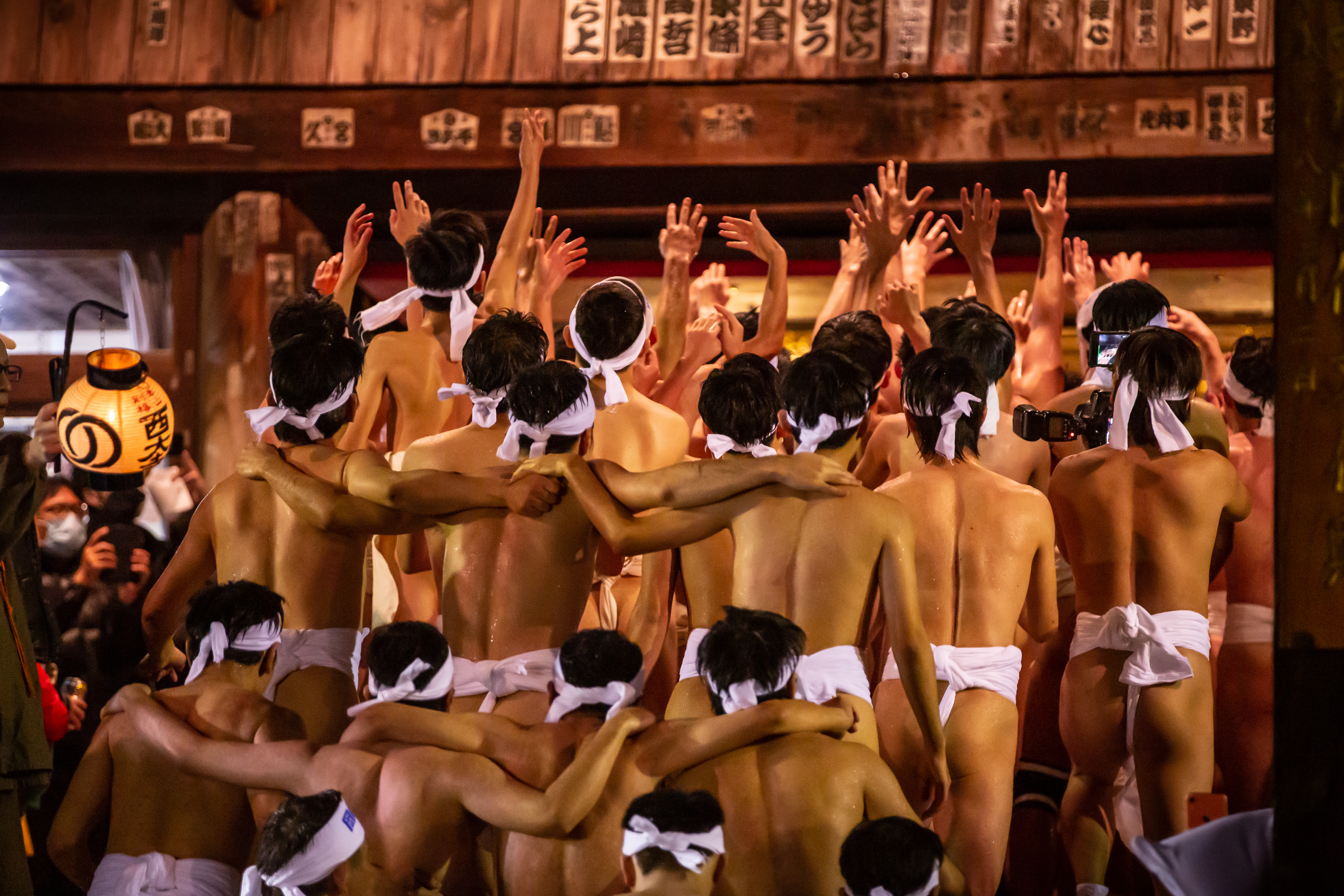 On the third Saturday of every February, volunteers wearing “fundoshi” loincloths shove and push each other for over an hour to retrieve sacred batons.

Before the scrummage begins, the group of men step into freezing cold fountains to purify their bodies with water before heading into the temple.

At around 10pm local time, the lights are switched off and the sacred sticks, which measure 4cm in diameter and 20cm in length, are chucked into the crowd.

The holy sticks, known as Shingi, are believed to bring good luck for an entire year to whoever manages to grab one.

The event, also known as Saidaiji Eyo, last 30 minutes in total, and participants usually emerge with a few cuts and bruises.

But with coronavirus restrictions still in place across Japan, organisers admitted the celebrations were more “modest” this year – but refused to cancel the festival.

Priests at the Sadaiji Kannonin temple instead allowed a smaller gathering of 100 young men to go ahead behind closed doors. 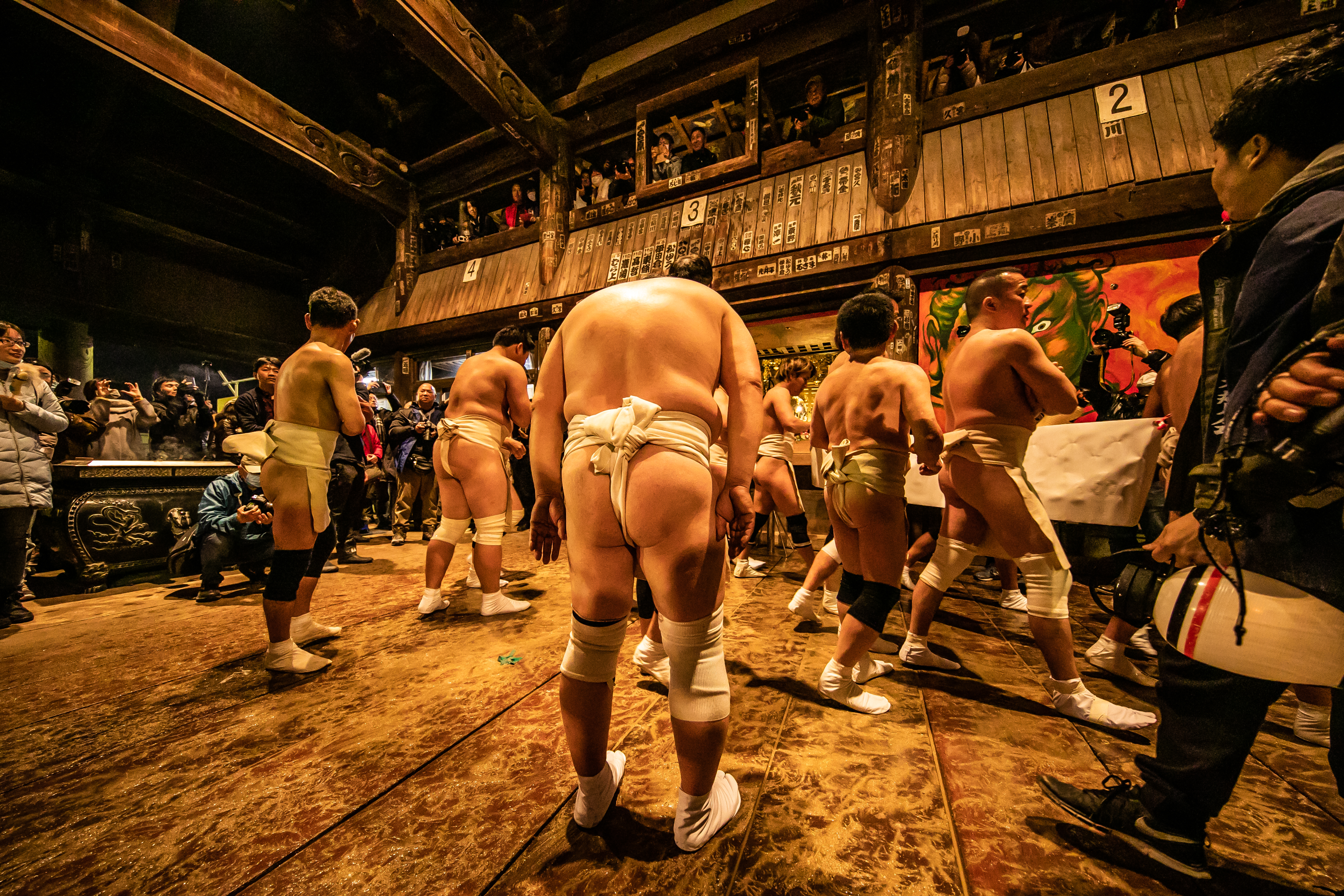 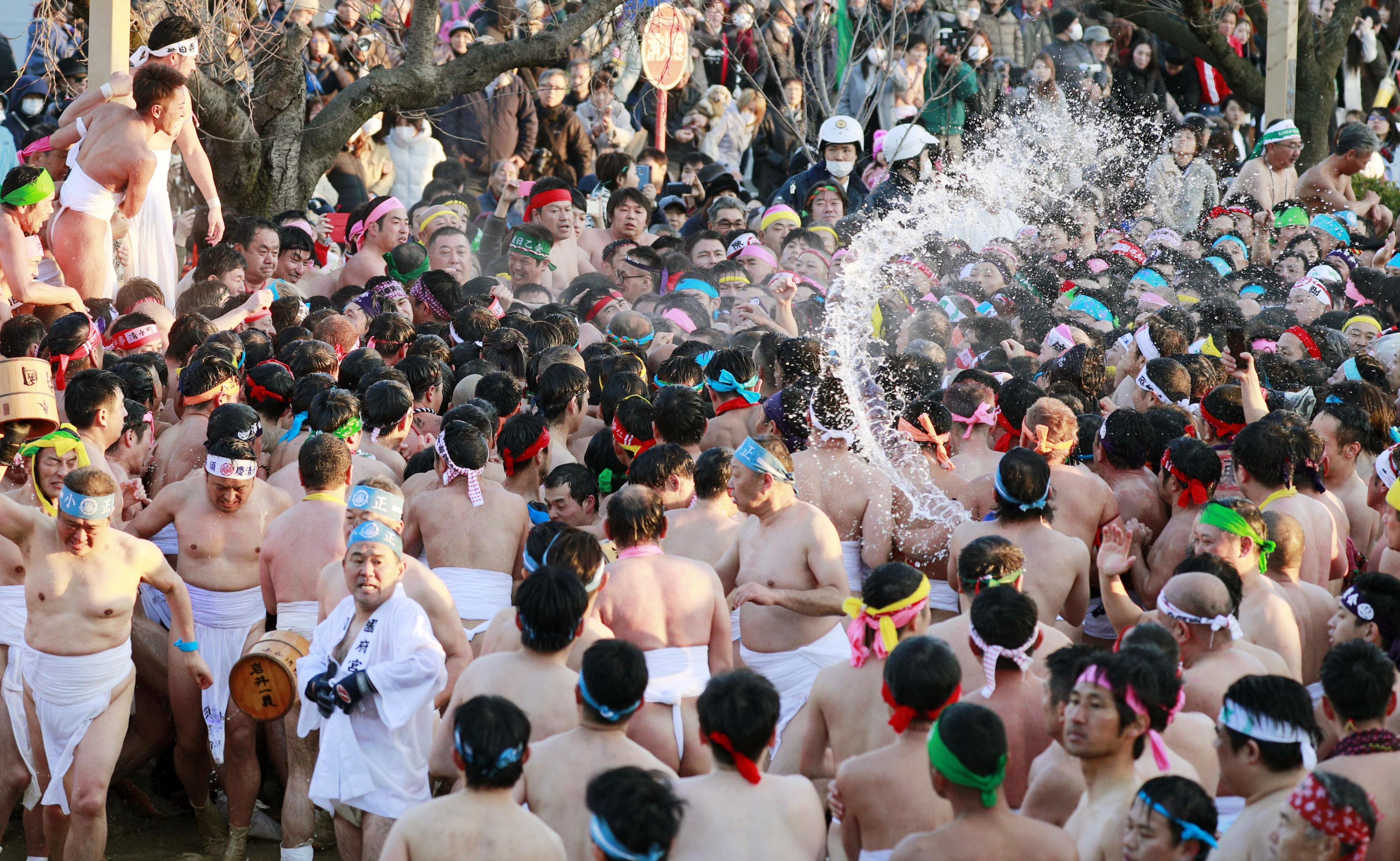 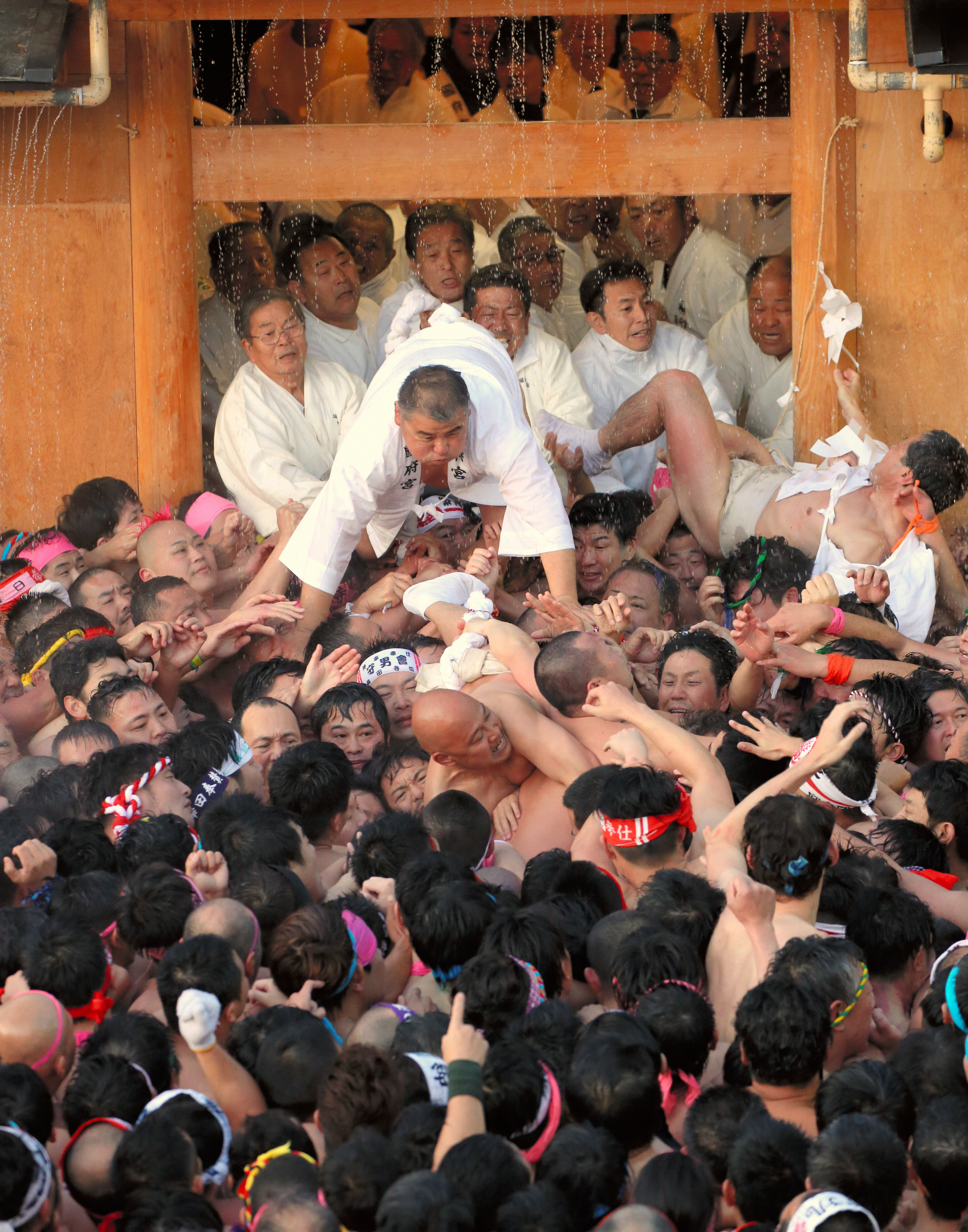 Justifying the decision to hold the festival, the temple’s chairman Minoru Omori insisted that, despite coronavirus fears, participants “need to pray for Eyo now”.

“Eyo” refers to the Japanese term “ichiyo-raifuku”, which means “to withstand the harsh, cold winter and reach the warmth of spring”.

It was a stark contrast to the usual raucous festival, which has been known to draw up to 10,000 men at a time as well as a huge outdoor crowd.

Japan has seen its coronavirus cases decline in recent weeks, though Tokyo remains in a state of emergency to control the bug.

The winners of the festival are branded 'fuku otoko' – lucky men – after they have placed the sticks in a wooden measuring box.

The Hadaka Matsuri dates back 500 years when worshippers used to compete for a paper talisman thrown by the priest.

Injuries are not uncommon at the festival, but severe injuries are rare. 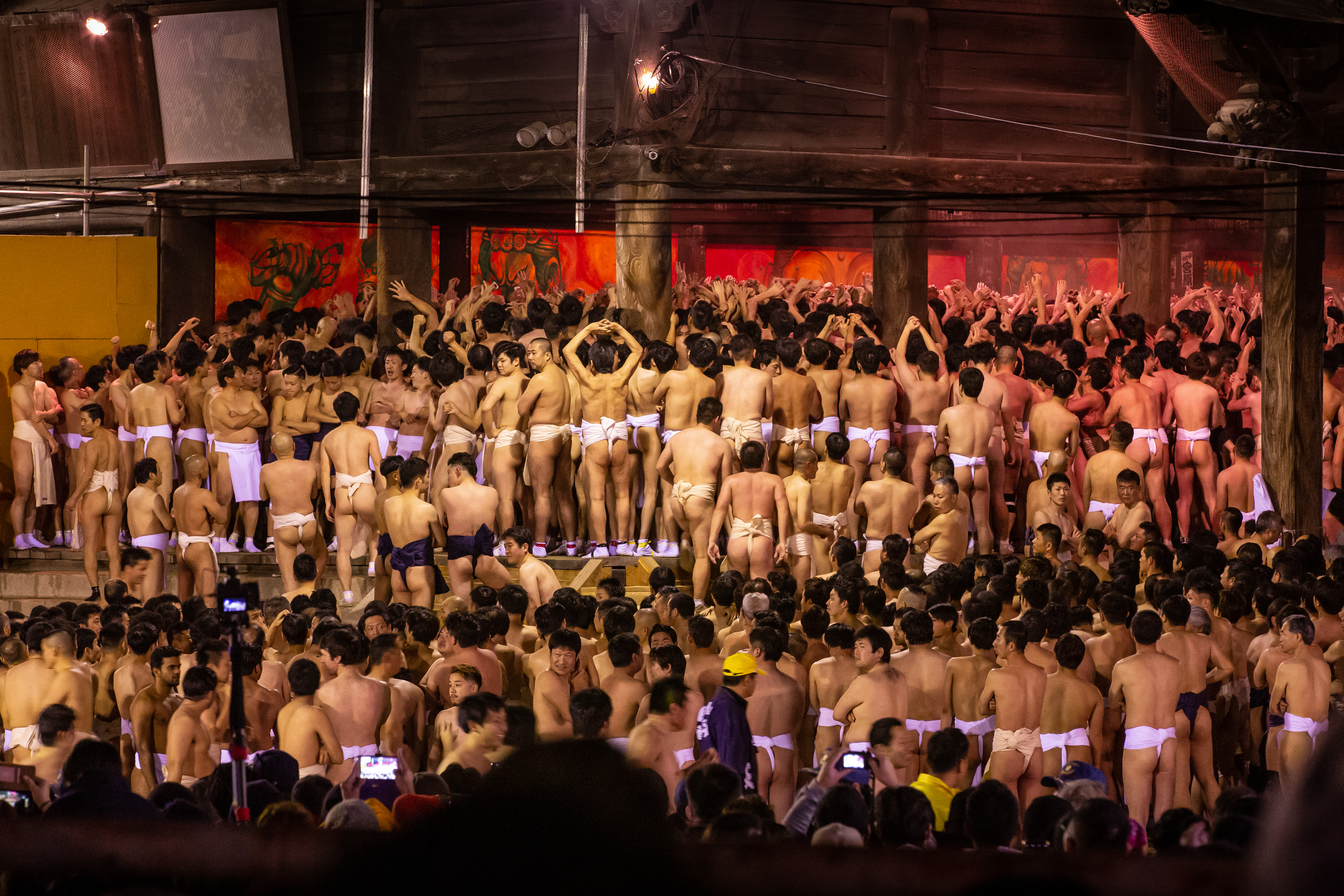