A MYSTERY 15ft "smelly" creature has been found washed up on a beach.

The heavily decomposed animal was discovered reeking and covered in flies on Ainsdale beach, Merseyside on Wednesday. 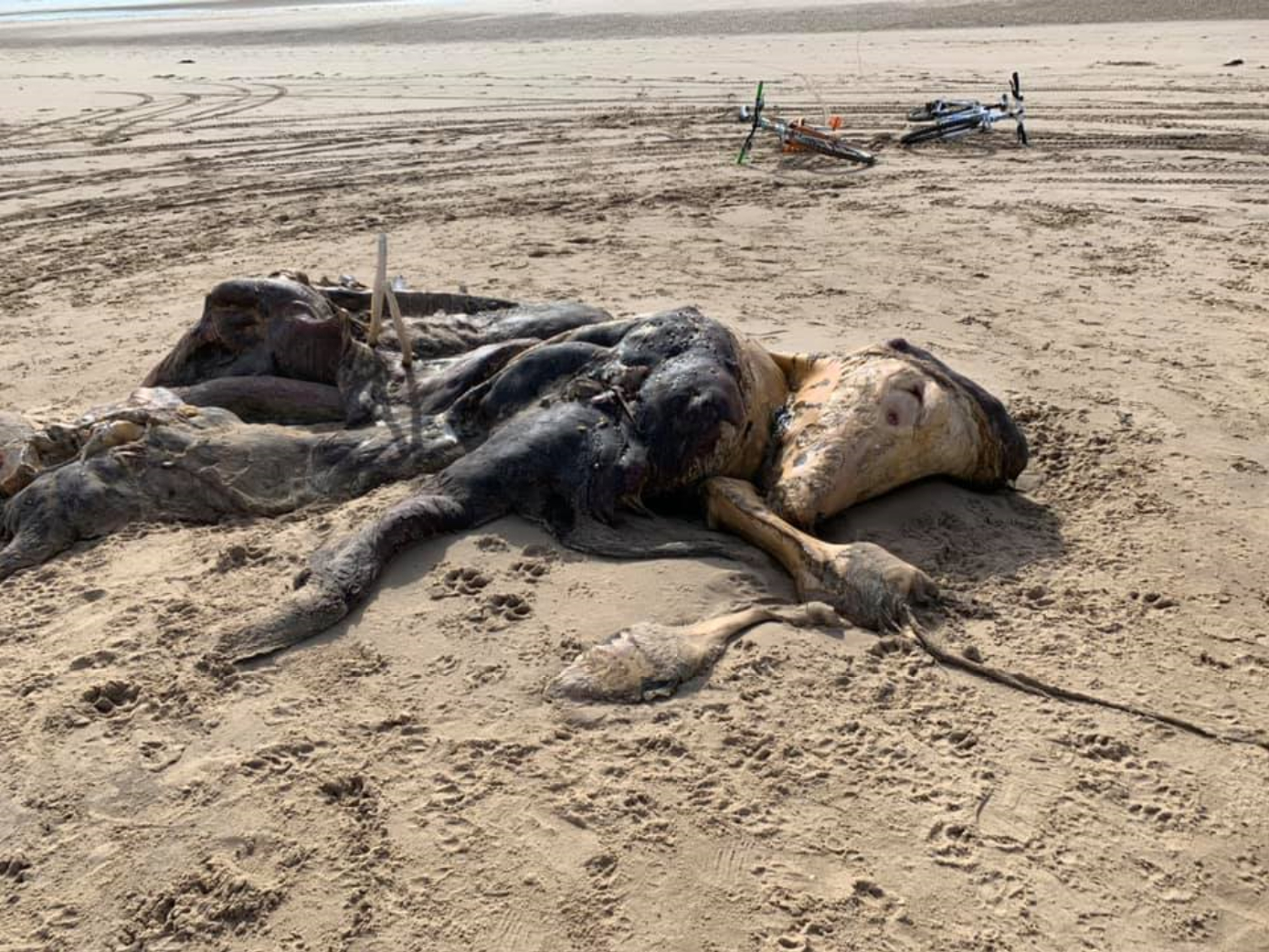 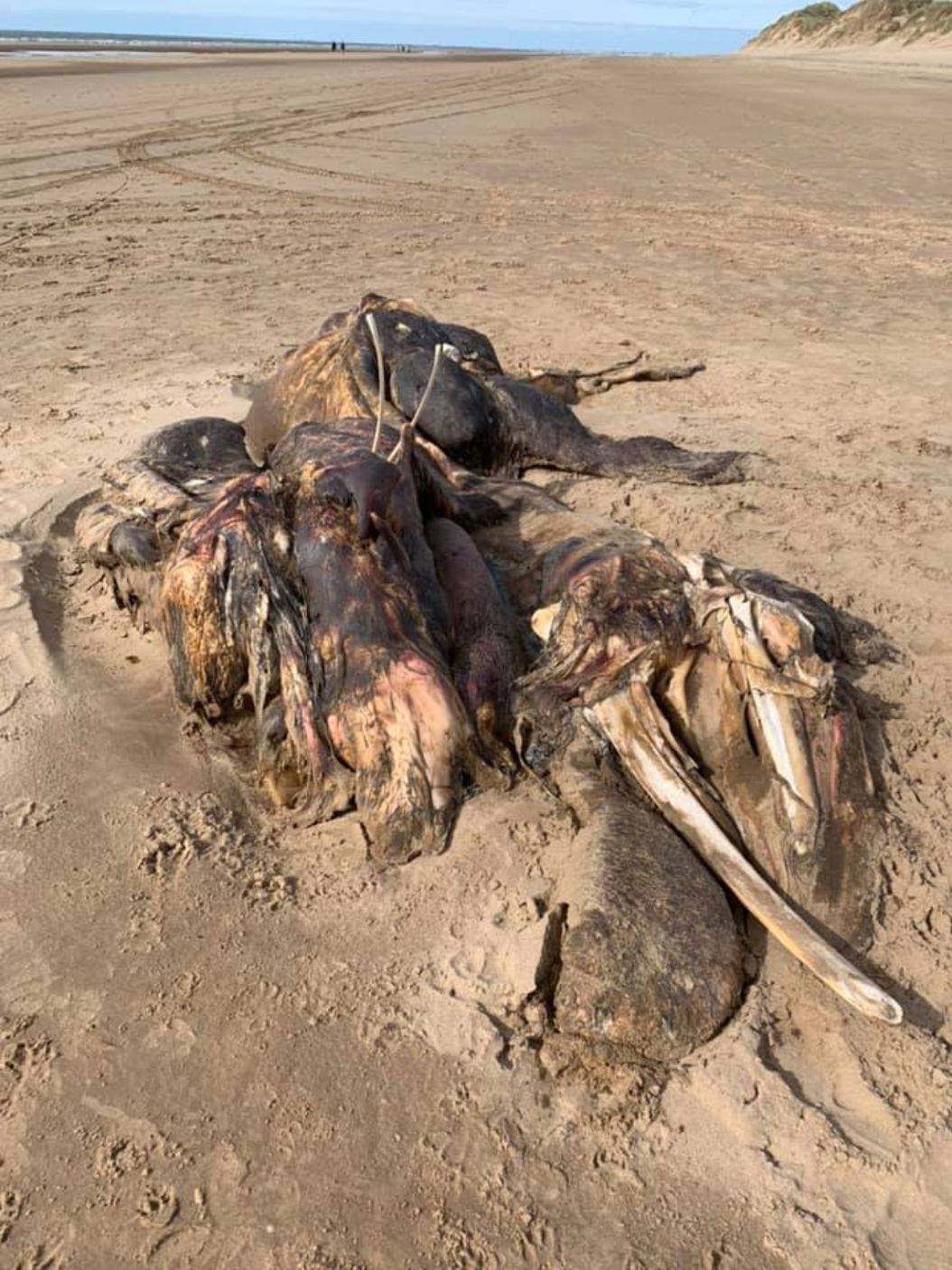 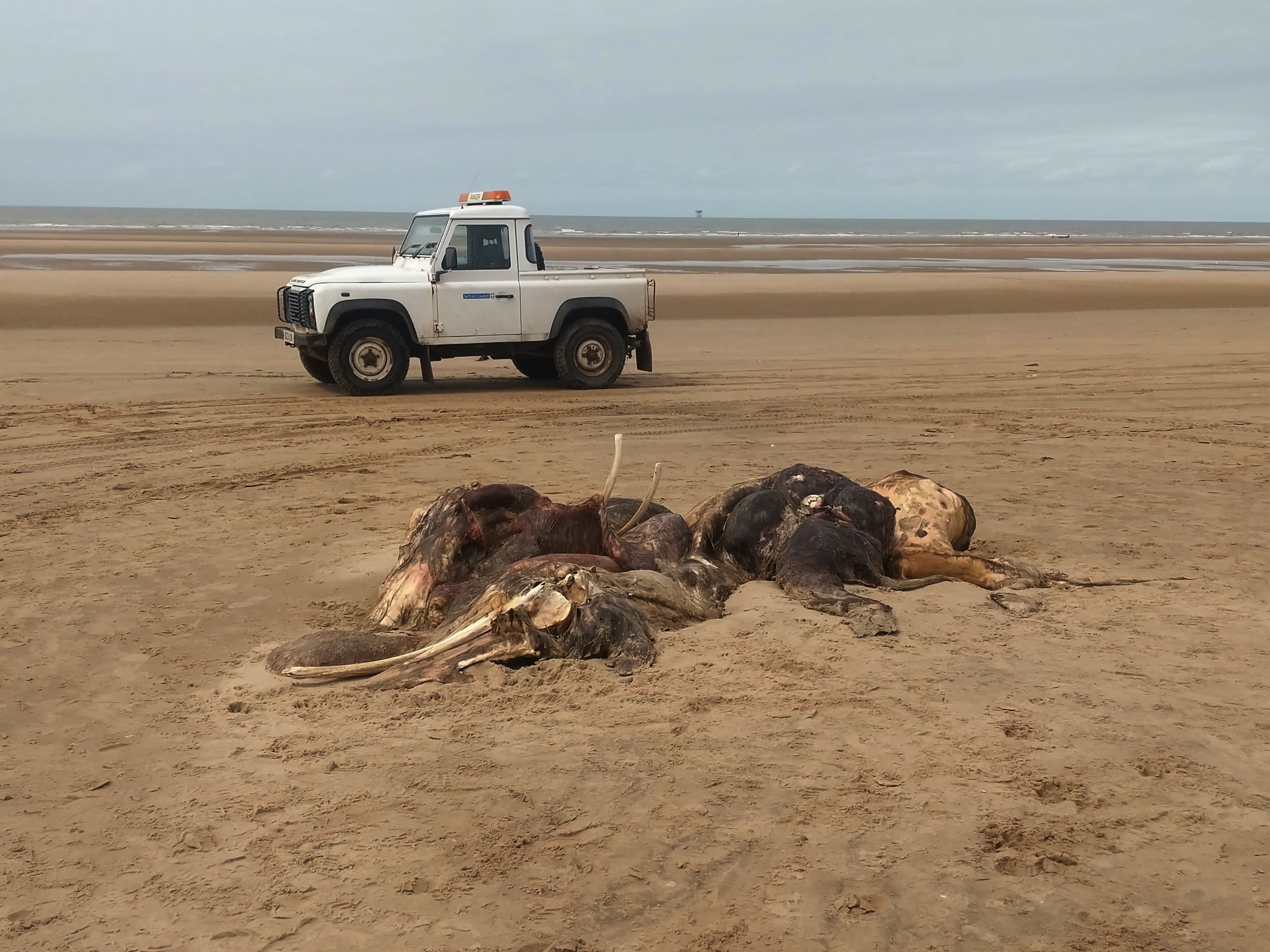 It had no identifiable head but is furry with flippers, and stumped experts have suggested it could be a species of whale.

Stephen Ayliffe, Senior Advisor at Natural England said: “We can confirm that an animal in a poorly decomposed state has washed up on Ainsdale beach, and whilst the identification of the animal is unconfirmed, it appears to be a species of whale.

“We are working with an animal removal company to have the animal’s remains removed from the beach as soon as possible.”

The creature was washed up on Sefton Coast Site of Special Scientific Interest and Ainsdale Sand Dunes National Nature Reserve, which is owned and managed by Natural England.

It has been dubbed the Ainsdale Anomaly by locals who jumped into a guessing game to speculate what it could be.

One man told the Liverpool Echo: "It had four flippers which made it look most weird. And it was furry.

"It looked like it had an extra thing attached to it, maybe it was giving birth and died?"

A local woman told the MailOnline: "It's been called the Ainsdale Anomaly.

"My first assumption was it was a whale of some kind.

"Some people think it's a cow or a horse. I honestly have no idea. My favourite theory is that it was a woolly mammoth or a crash-landed alien.

Some Facebook users were convinced it was a woolly mammoth, an alien or "a Frankenstein monster gone awry."

Others suggested it could be a cow or a horse.

Natural England is a government advisory body for the natural environment. 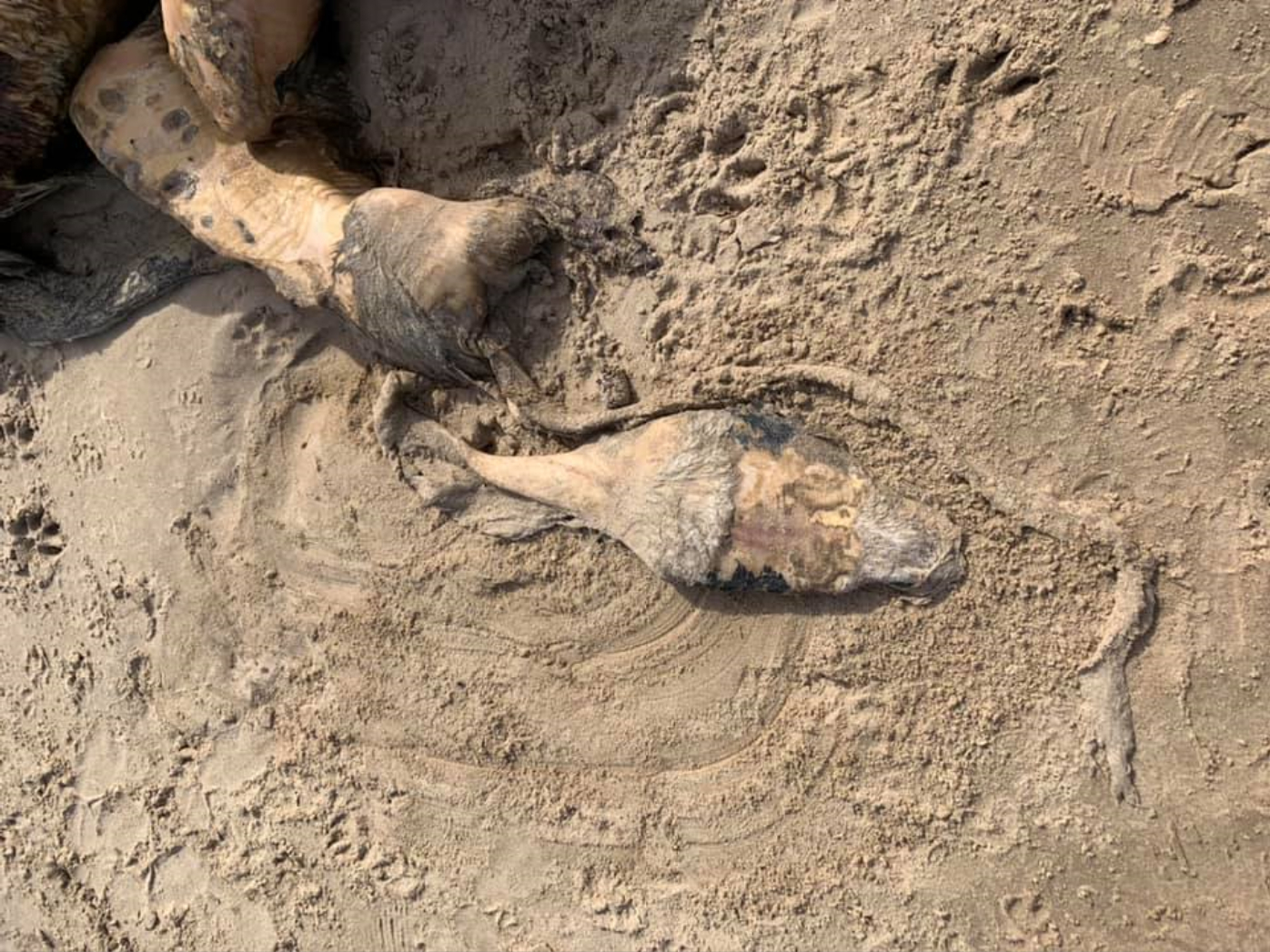 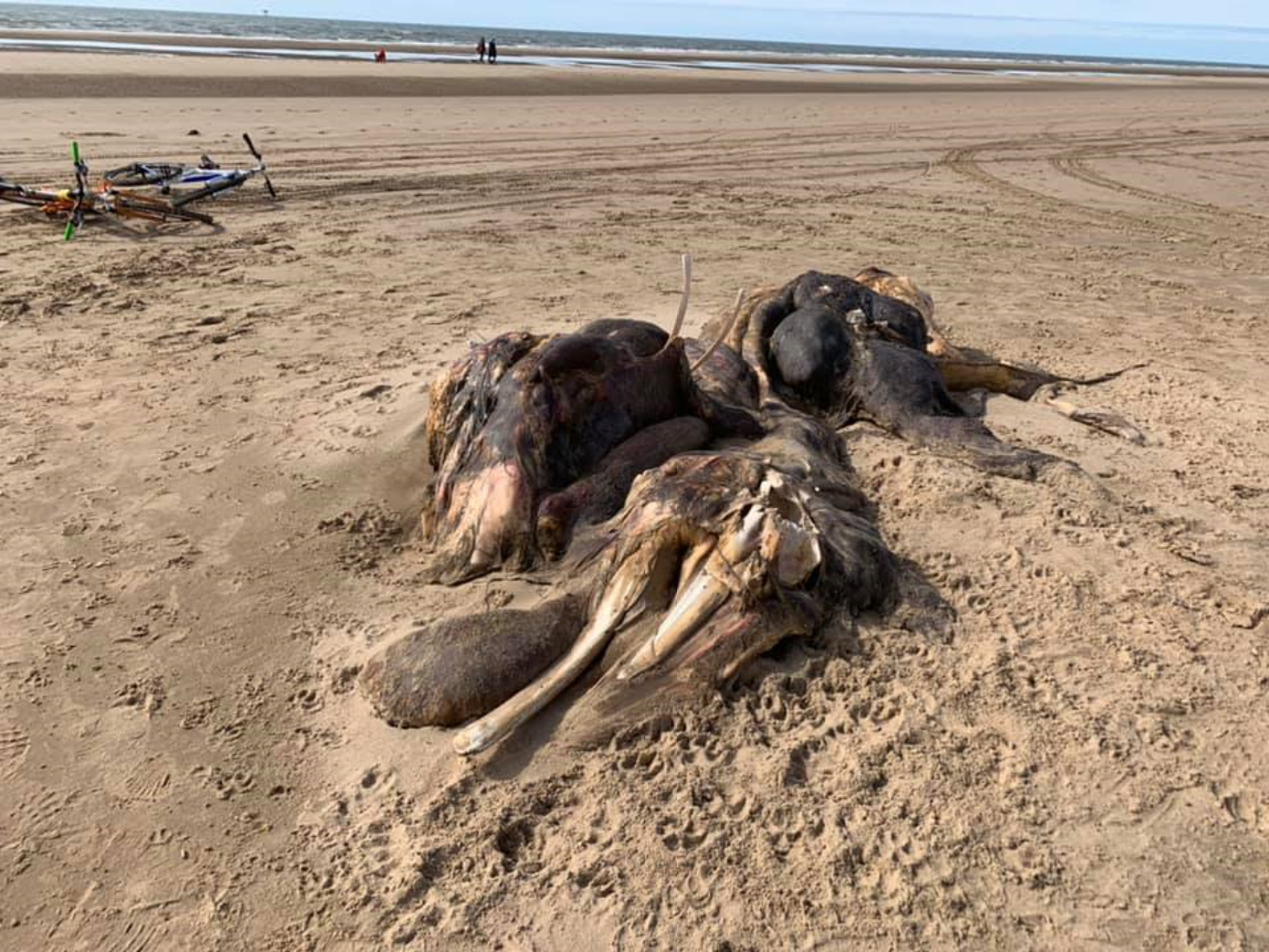 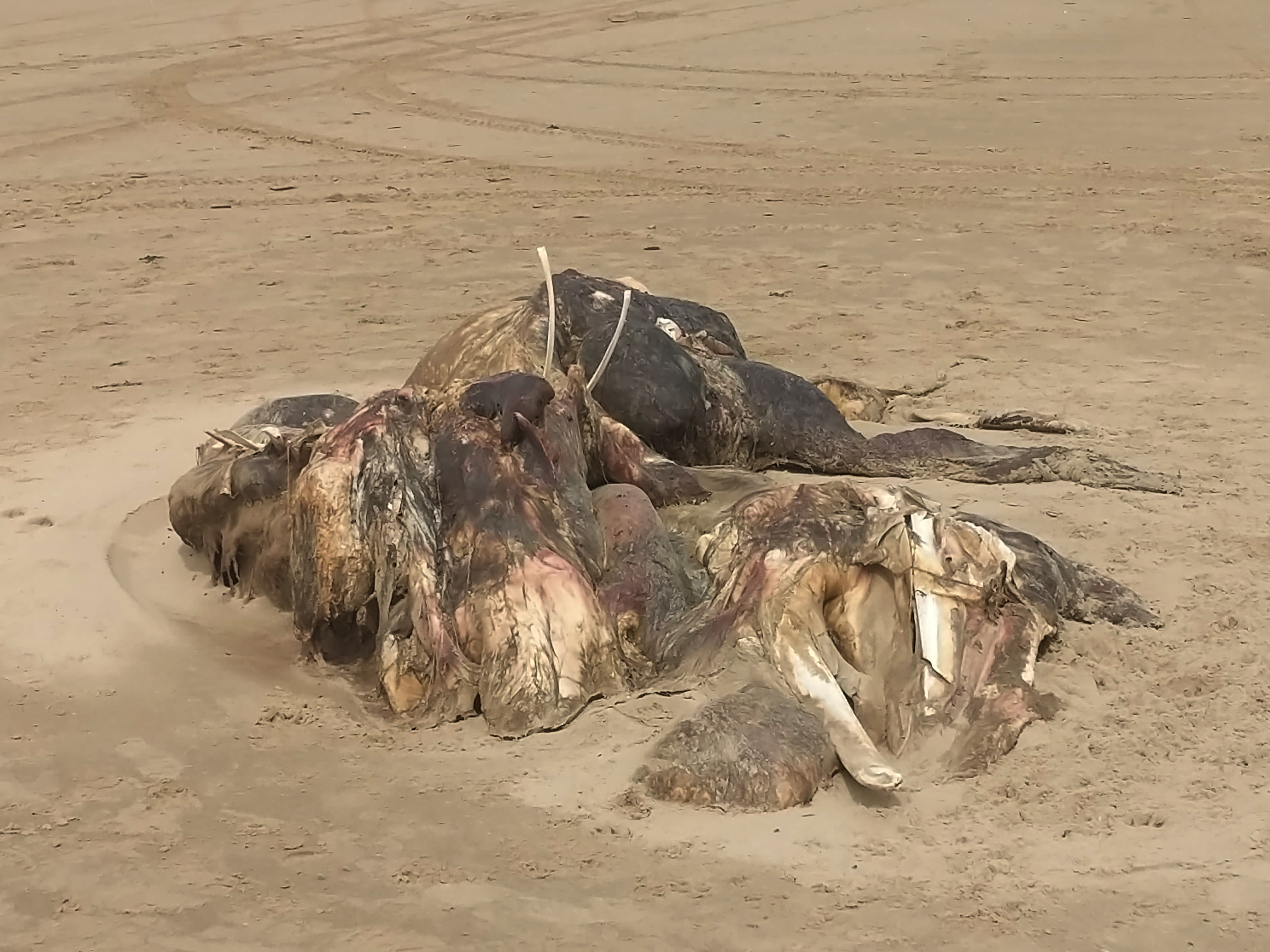