THE dad-of-one who allegedly punched a passenger out cold during a face mask row can today be revealed by the Sun Online.

Scaffolder Adam Seymour, 35, is claimed to have sent John Adam flying after sucker punching him at Clapham Junction train station. 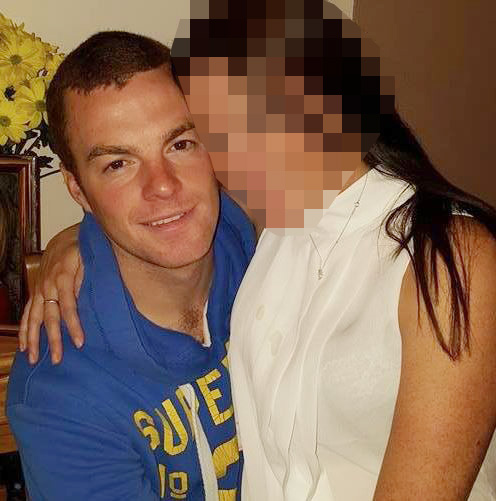 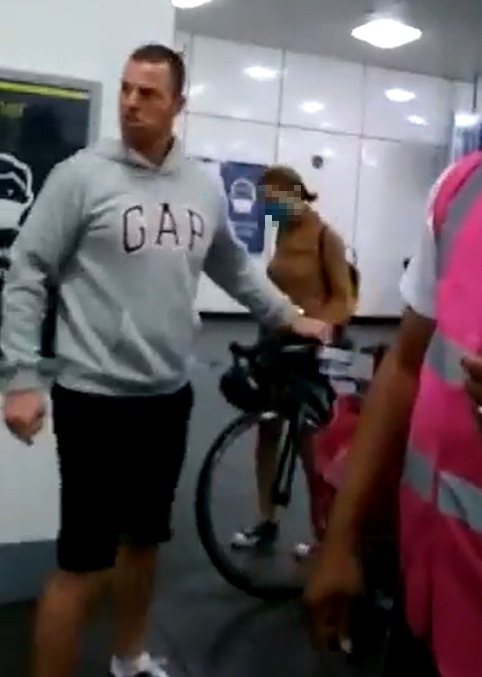 The 43-year-old had been complaining at staff for not wearing face masks when he was punched in the shocking out of the blue attack.

British Transport Police today confirmed a 35-year-old man had been arrested on suspicion of assault yesterday in connection to the incident. He has been released on police bail while enquiries continue.

Mr Seymour's family today revealing their shock at the attack.

His mum Denise tearfully told The Sun Online that she was "devastated" by the video.

She said: “I can’t believe he would do anything unprovoked.”

The father of Mr Seymour's partner also said he had been surprised by the shocking footage.

He added: “I think someone was having a go.”

Shocking footage showed Mr Adam locked in a heated exchange with train staff at Clapham Junction when Mr Seymour in a grey hoodie – who was also not wearing a mask – walked past pushing a pram.

Mr Adam can be heard saying "you're not wearing one either" – though this was not directed at Mr Seymour.

In response, the man in the hoodie was seen turning and yelling "don't f***ing start on me" before taking a swing at Mr Adam and knocking him unconscious.

The victim was left bleeding on the ground as the dad then calmly turned back to the pram and walked off. 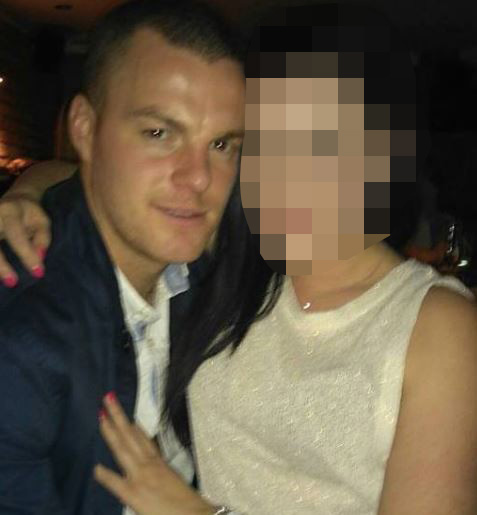 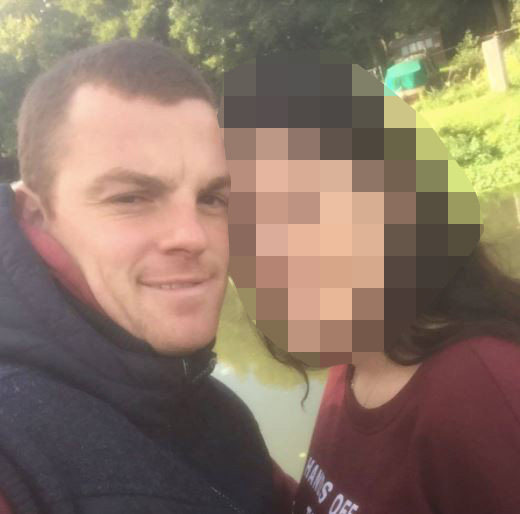 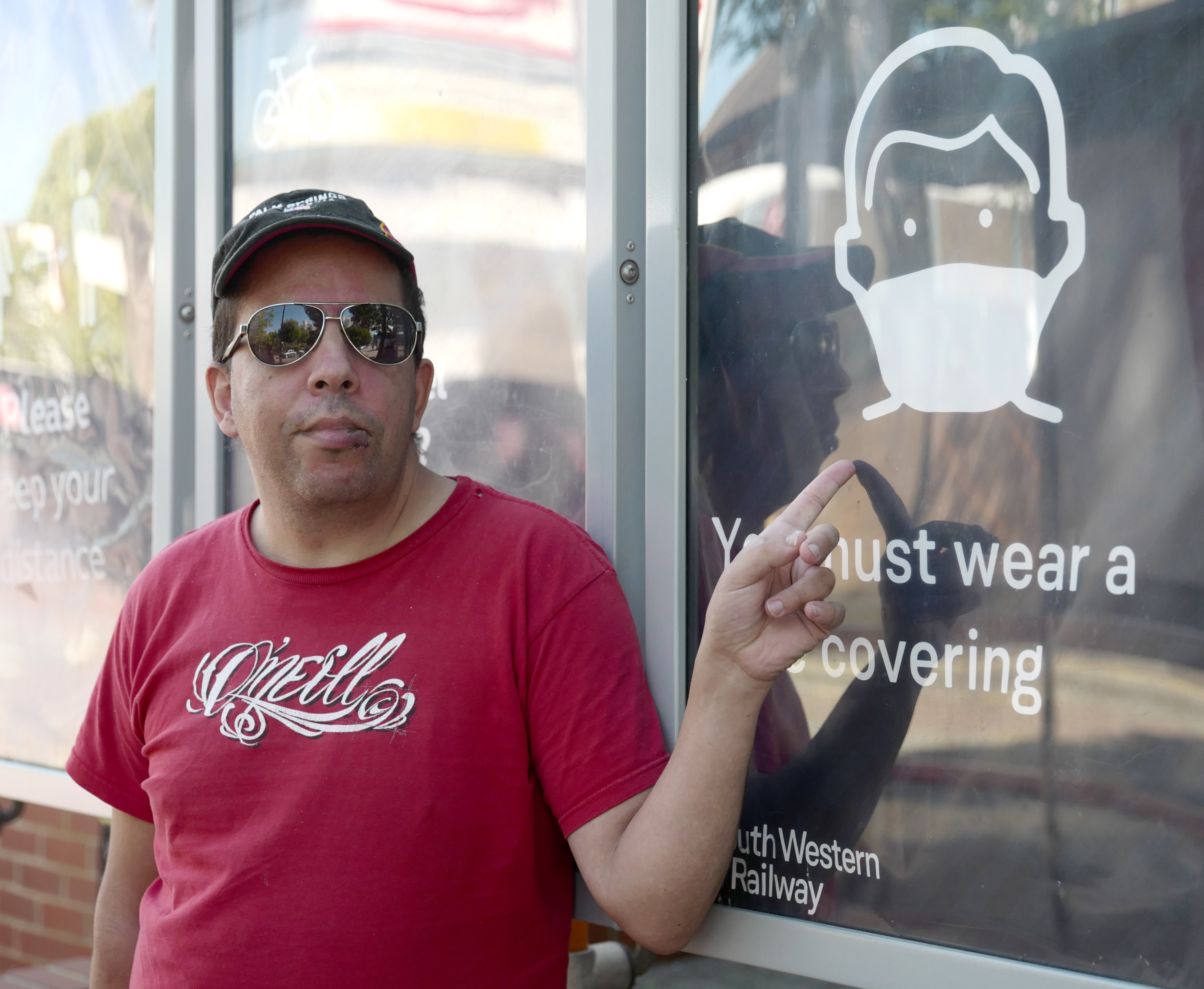 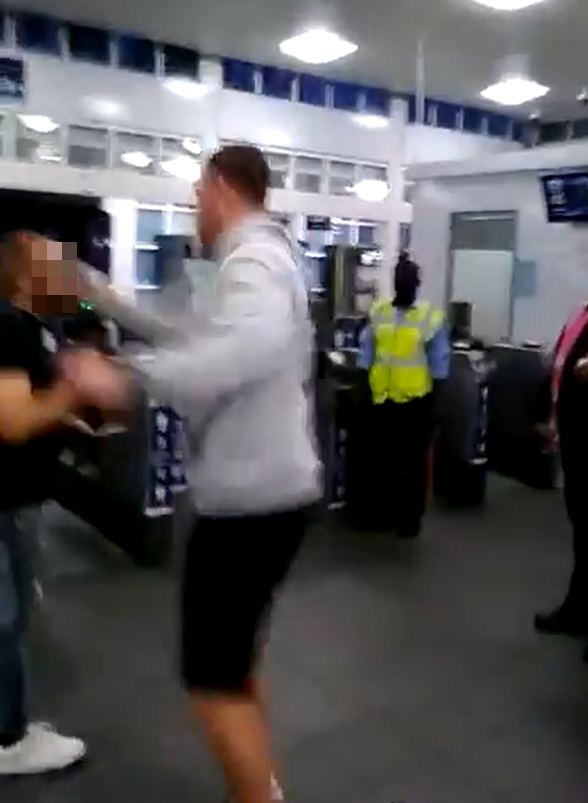 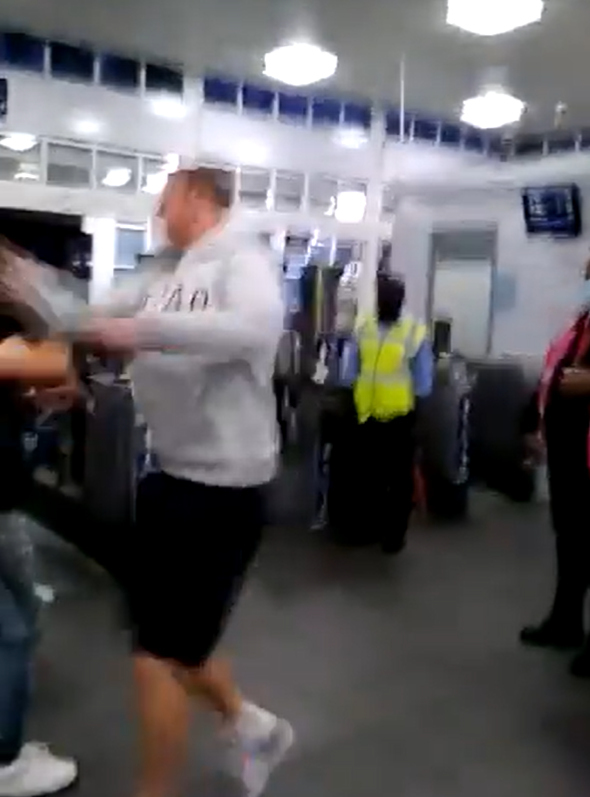 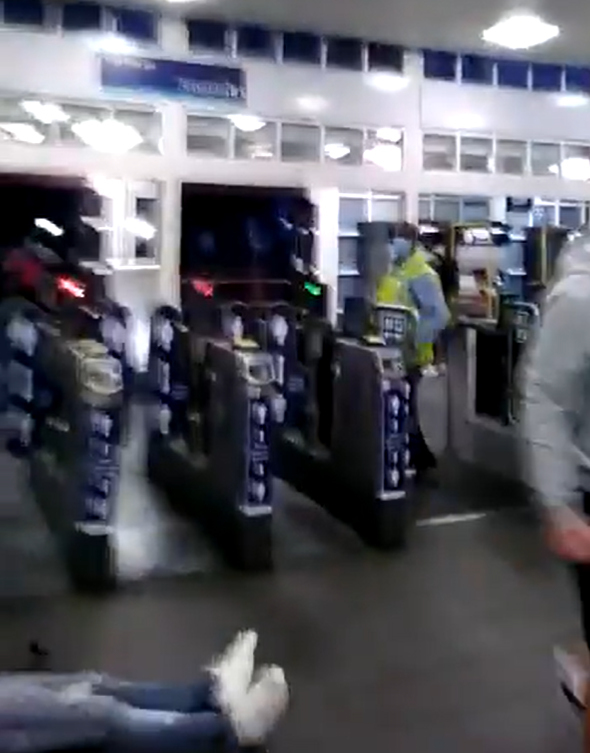 It comes after victim Mr Adam revealed he had spent hours in hospital after the August 16 confrontation.

He told the MailOnline: "I was very angry that some of the staff at Clapham were not wearing masks, particularly one woman. She just told me to mind my own business and that just made me angrier.

"This man had nothing to do with it. He decided to interfere in something that was none of his business.

"I could see this large lump in grey from corner of my eye.

"He then suddenly appeared right in front of me and then whack, my head just shook inside, I could hear this ringing noise and then everything went black. I thought he was going to kill me."

He added that his attacker may have thought he was talking about him, who also was not wearing a mask.

The railway worker that Mr Adam was speaking to had a medical exemption to not wear a mask.

Mr Adam now needs more tests amid fears amid fears of long-term implications from his injuries.

Face masks have been mandatory on public transport and inside transport hubs since June 15 in England – with passengers facing an on-the-spot fine of £100.

The British Transport Police confirmed officers had been called about 8.30pm on August 16 after reports of an assault.

A 35-year-old man was arrested on suspicion of assault yesterday in connection to the incident. He has been released on police bail while enquiries continue. 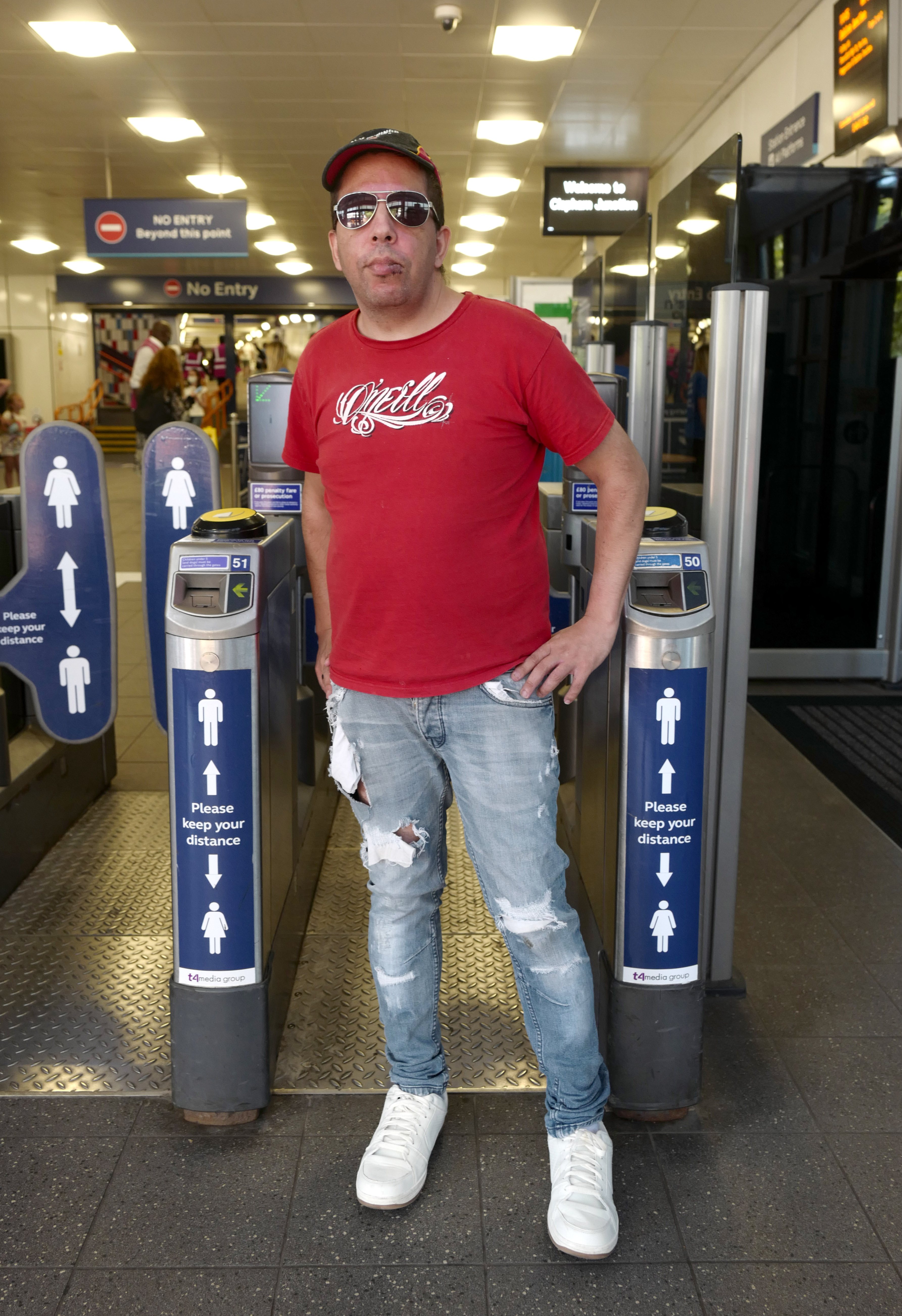 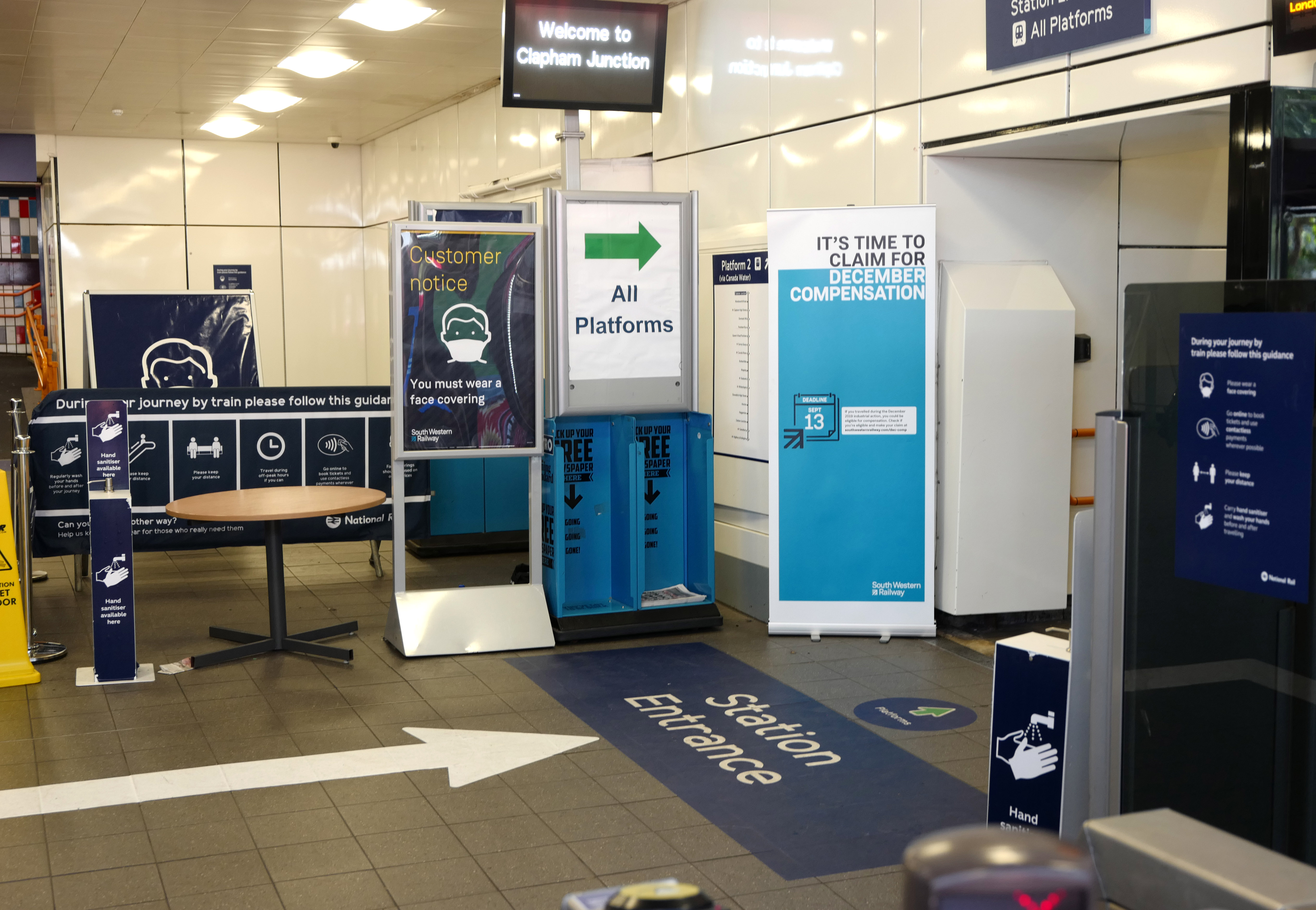