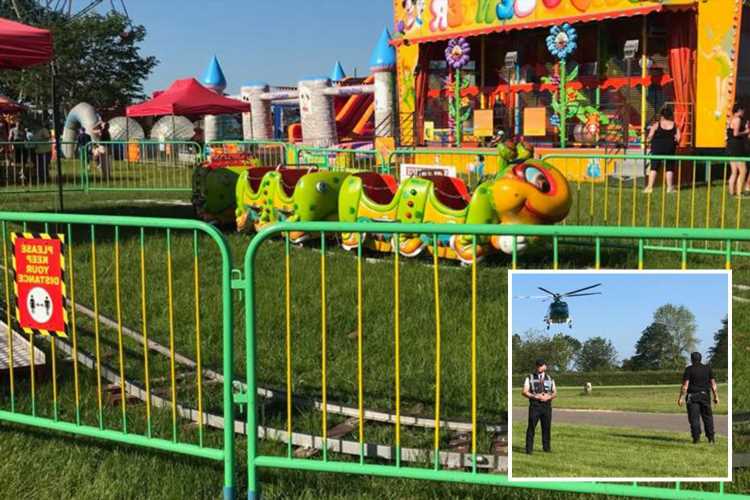 AN EAGLE-EYED mum raced to give first aid to a three-year-old boy who was run over by a fairground ride.

The toddler was airlifted to hospital after being seriously injured in the incident at a children’s caterpillar ride on Sunday. 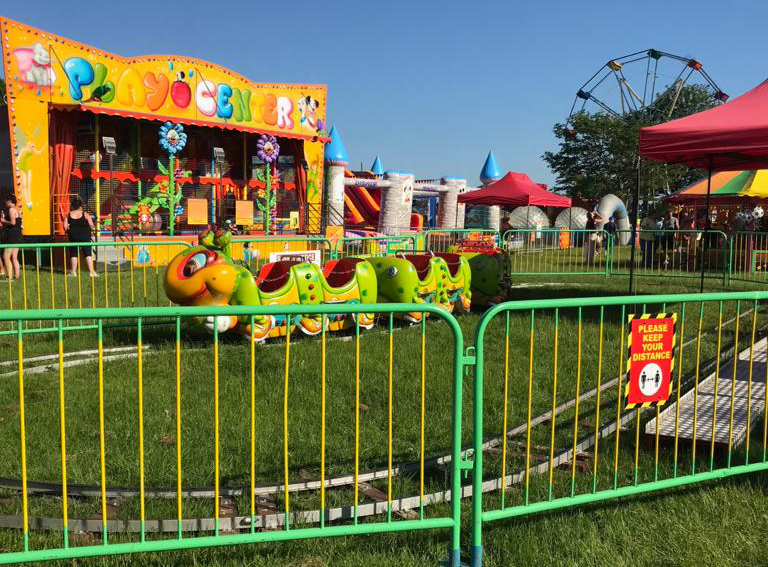 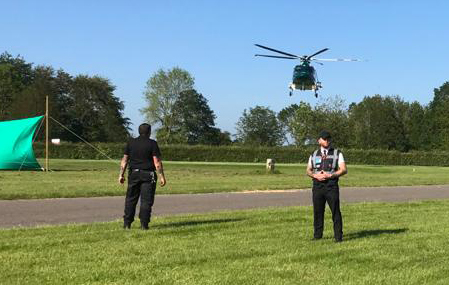 A pregnant mother-of-one, 37, "ran instantly" after spotting the toddler wandering onto the track at the South of England Show in Ardingly, West Sussex.

Two dads with children at the fair were seen trying to lift the front carriage from the little boy, with two fairground workers also helping to free him and another running ahead to inform St John’s Ambulance of the incident.

The mum, who is 25 weeks pregnant, lifted the "traumatised" little boy off the track and checked him for injuries.

The former teacher told Sun Online: "As soon as I ran I heard other people scream, and these two fathers of children on the rides ran and tried to lift up the front carriage off him.

"It took four of them to lift the front carriage off. That's when I grabbed him.

"He obviously didn't know me and he is young and he was traumatised and he tried to crawl away.

"It was only when I lifted his t-shirt up and turned him on his back that I saw there was bruising developing quite quickly, and a couple of lacerations on the back of his thigh, his hip and his shoulder blade.

He was a gorgeous little boy and your heart immediately goes, 'Oh my god'

"There was blood, but it wasn't anything that needed pressure applying.

"Fortunately, the train wheels didn't go over him. It was the weight of the train on his back. It had dragged him a little bit."

Parents raced to take crying children from the ride while the mum – who is first-aid trained – pulled the little boy out.

She carried him 300 yards to a St John's Ambulance site before he was reunited with his parents and rushed to hospital.

The quick-thinking mum said: "It was not ideal, 25 weeks pregnant on the hottest day of the year, on my hands and knees dragging a kid out and running across a field to an ambulance.

"He was a gorgeous little boy and your heart immediately goes, 'Oh my god'."

She added: "You go into autopilot on adrenaline."

The Health and Safety Executive (HSE) launched an investigation into the incident.

An HSE spokesman said: "HSE has visited site and made inquiries, which have now been completed.

"Written enforcement action was taken with the duty holder.”

A Sussex Police spokesman said: "Police responded to a report of a child being struck by a fairground ride at South of England show, Ardingly at 5pm on Sunday.

"He is now in a stable condition. Enquries into the incident are ongoing."

"This was treated very seriously, and an investigation was immediately launched led by Sussex Police and the Health & Safety Executive to gather full information.

“Our professional medical and emergency service providers and the police, who were all already on-site, were on the scene within minutes and the individual received swift treatment.

"As our protocol dictates, the medical providers immediately called 999 to ensure the individual received the fastest possible access to further emergency care.

“We were later informed that the visitor’s injuries are believed to be superficial and that they are being kept in hospital for the time being for observation.  They are expected to make a full recovery.

“Our thoughts and feelings are with the family, and we wish for a speedy recovery.”