A FUMING mum has been mocked for claiming Tesco put her kids at risk of KIDNAP – because a homeless person asked her for change in a car park.

Toni Dixon claims she suffered an "alarming" ordeal when the woman approached her offering to return her trolley in exchange for the £1 inside. 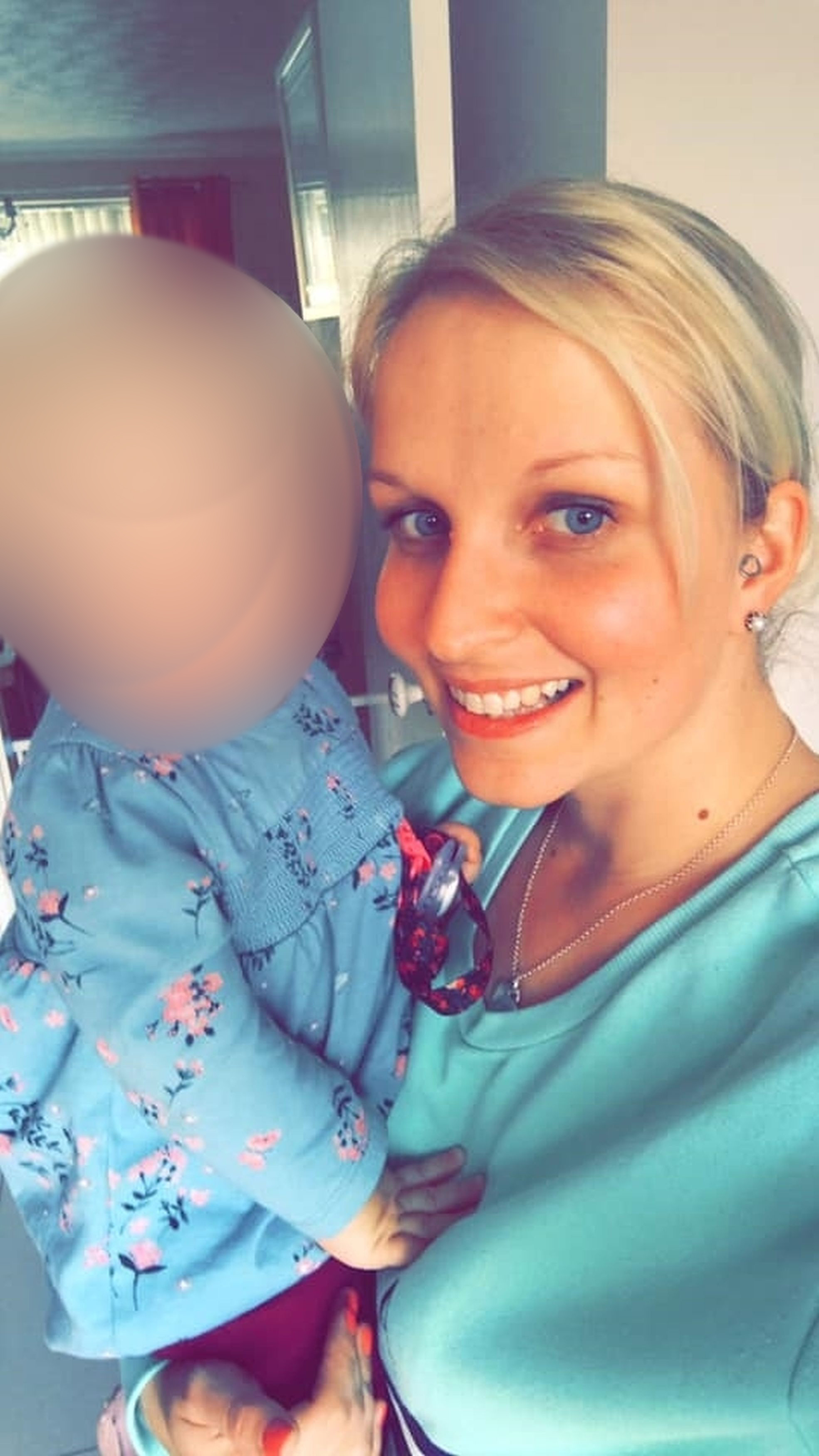 She claims she was "harassed" by the woman – and hit out at the shop on social media.

She fumed: "So I went to Tesco in Slough and when leaving walked past a homeless lady. She asked for money, we politely declined.

"We reached my car and started loading our shopping and the baby to be approached by a ‘homeless man’ at my car who was asking for change to get some food.

"Once again we politely declined for him to ask to take our trolley back so he could get the £1 coin. No.

What happens next, they steal your shopping maybe even your child or assault and rob you?

"Since when did homeless get so pushy and intrusive?

"Everything loaded as quick as we could because small baby, lots of shopping and some random guy harassing us at our car is very alarming.

"Took the trolley back to its place for another homeless lady to shout at my mum to give her the trolley.

"That’s three homeless people in Tesco Slough’s car park being extremely pushy. What happens next, they steal your shopping maybe even your child or assault and rob you?"

But Facebook users hit out at Toni for her "middle class outrage" – with one slamming her "lack of compassion".

Danielle Boyles said: "So as you got in your nice car with your food shopping, you begrudge someone a pound?

"Honestly you sound vile. Hope you don’t bring your children up to be such a grinch."

Bahadur Singh posted: "Well you sound delightful. And by delightful I mean that you sound like a cold-hearted harridan."

Michael Danks commented: "Get a grip you utter turnip." 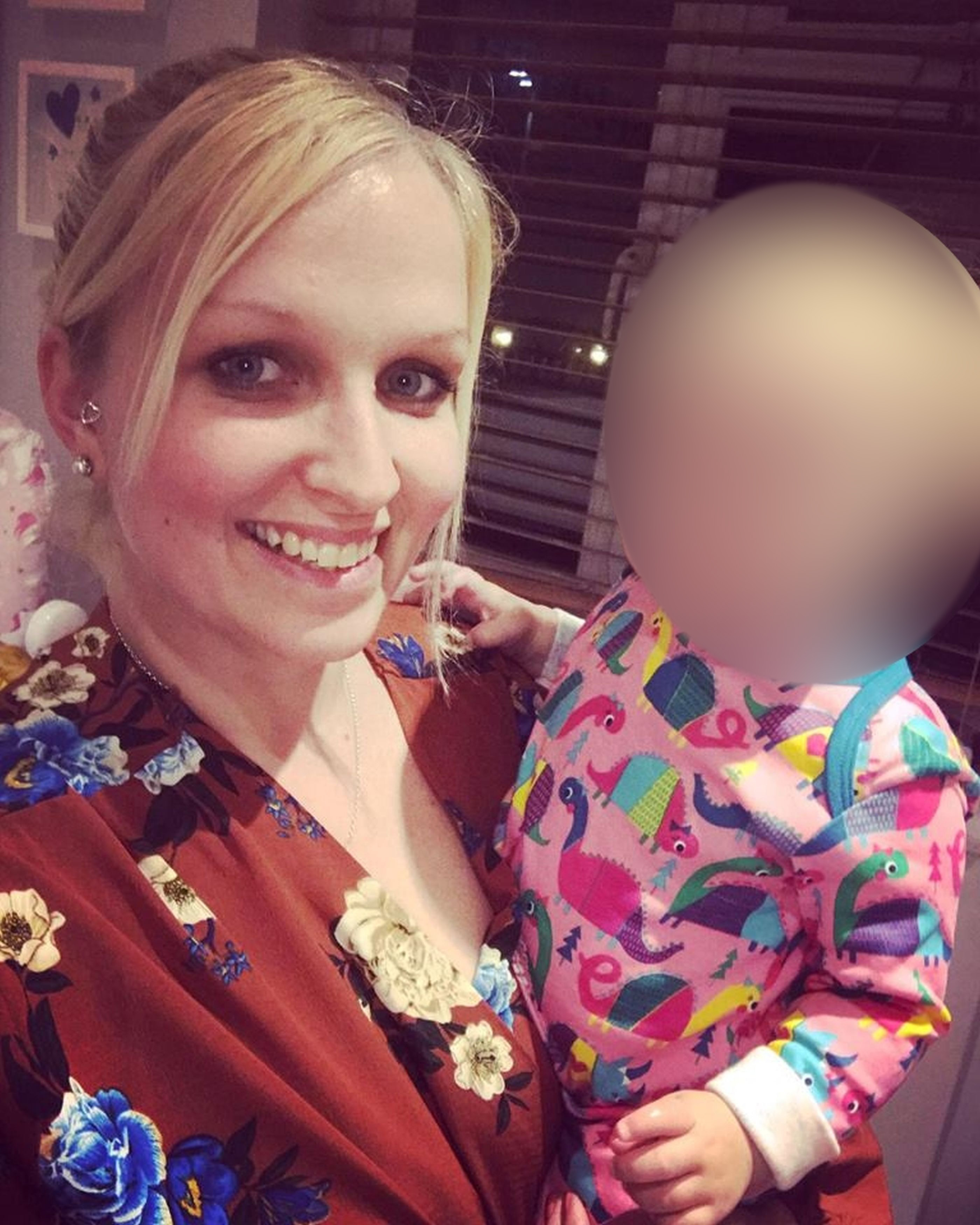 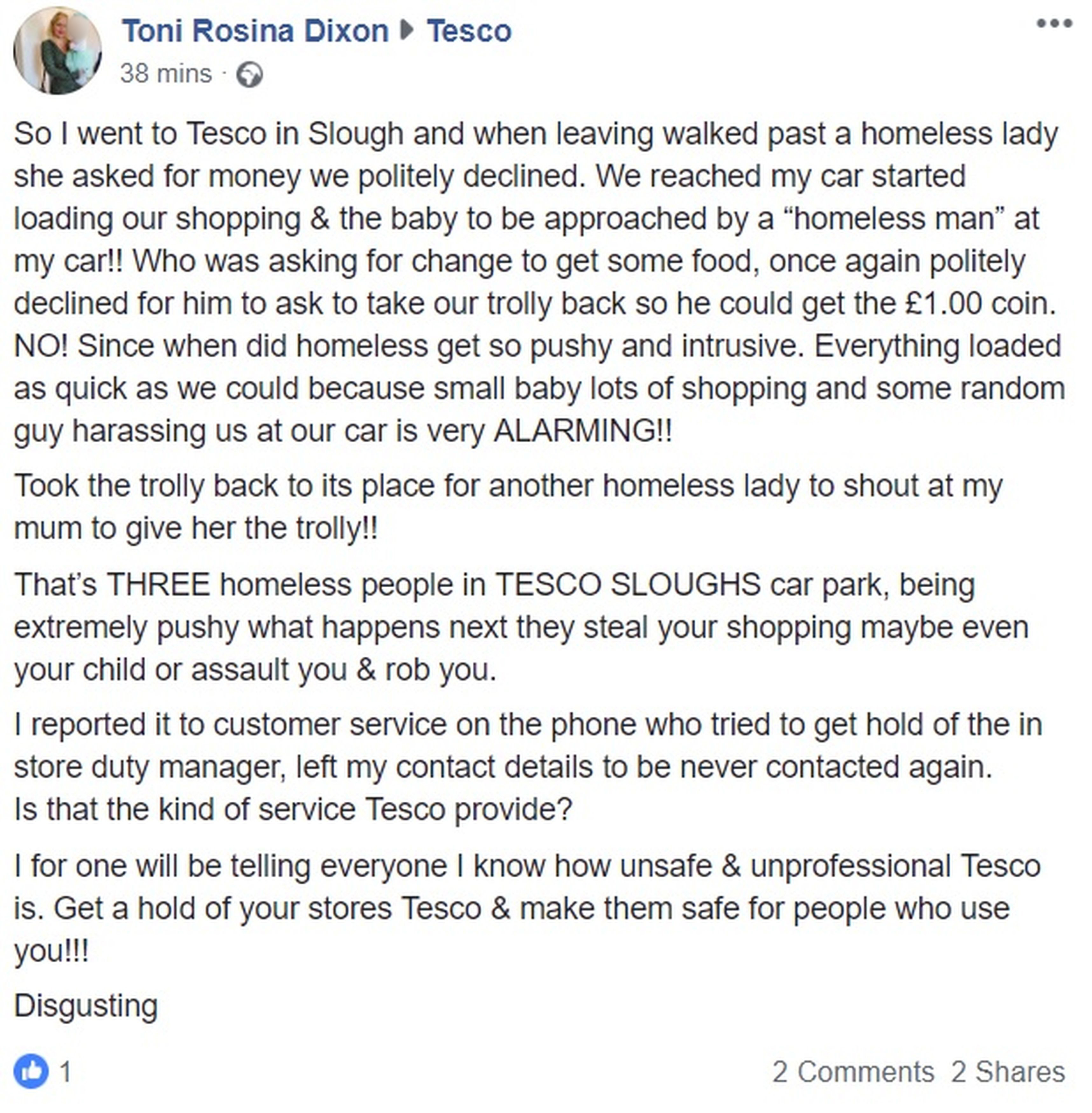