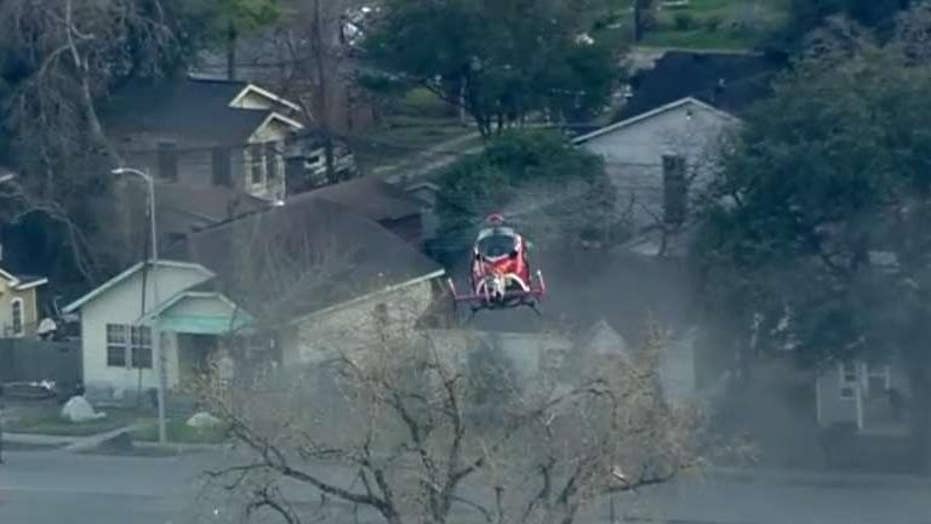 Five police officers were struck by gunfire in Houston on Monday, police said. Two officers are reportedly in critical condition and three are in stable condition following the incident.

The officers were shot at a home in the southeast portion of the city, Fox 26 reported. The suspect in the shooting, according to Houston mayor Sylvester Turner, is "down." The location of the shooting, according to police, is still considered an "active crime scene" and the public is being urged to avoid the area.  Police confirmed that "one suspect is DOA at the scene."

The officers were in the process of serving a warrant at the time of the shooting, according to Fox 26.

"HPD responding to a scene at 7800 Harding where officers have been struck with gunfire following an encounter with a suspect," Houston police tweeted around 6:15 p.m. ET. "Officers are en route to the hospital. Please avoid the area and yield for emergency vehicles. Further updates will be provided as available."

"At this time we can confirm 5 officers have been struck and transported," for care the department later tweeted, promising updates as they become available. All officers were transported to Memorial Hermann Medical Center, officials said.

"We have had several officers shot please pray for officers on the way to the scene now more information to follow," Chief Art Acevedo tweeted.

Joe Gamaldi, president of the Houston Police Officers' Union, said one of the injured officers was taken to a hospital by helicopter.

“This evening’s horrific attack on police officers is a solemn reminder of the service and sacrifice our brave men and women in law enforcement make every day to keep us safe," Governor Greg Abbott said in a statement following news of the shooting.

"The city of Houston and the Houston Police Department will have whatever state resources they need to bring swift justice to those involved. I ask all Texans to join Cecilia and me in praying for the officers injured, and for the continued safety of all law enforcement officers who protect our communities.”

This is a developing story. Please check back for updates. The Associated Press contributed to this report.