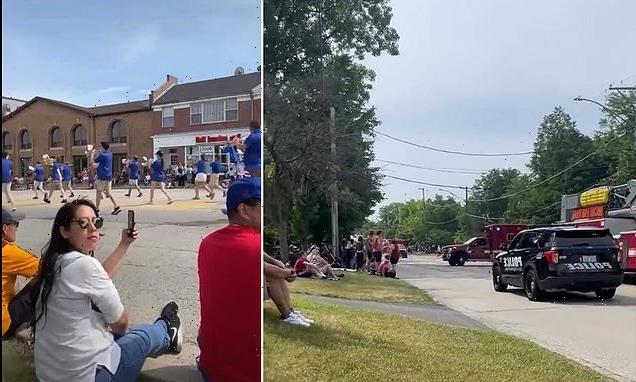 Multiple people have been shot in the Chicago suburb of Highland Park at a July Fourth parade.

It remains unconfirmed exactly how many people have been hurt and if any have been killed, but videos and photos from the scene show blood on the sidewalk and motionless bodies scattered on the parade route.

Chicago Sun Times reporter Lynn Sweet was at the parade when gunfire rang out. She has since shared photos and videos from the event which show people lying on the ground, and has described it as a ‘bloodbath’.

Videos show the moment people watching the parade started running for their lives while a band, unaware of the unfolding horror, carried on towards them.

Witnesses told local radio station WGN that the shooter was ‘standing on the roof of a store’. 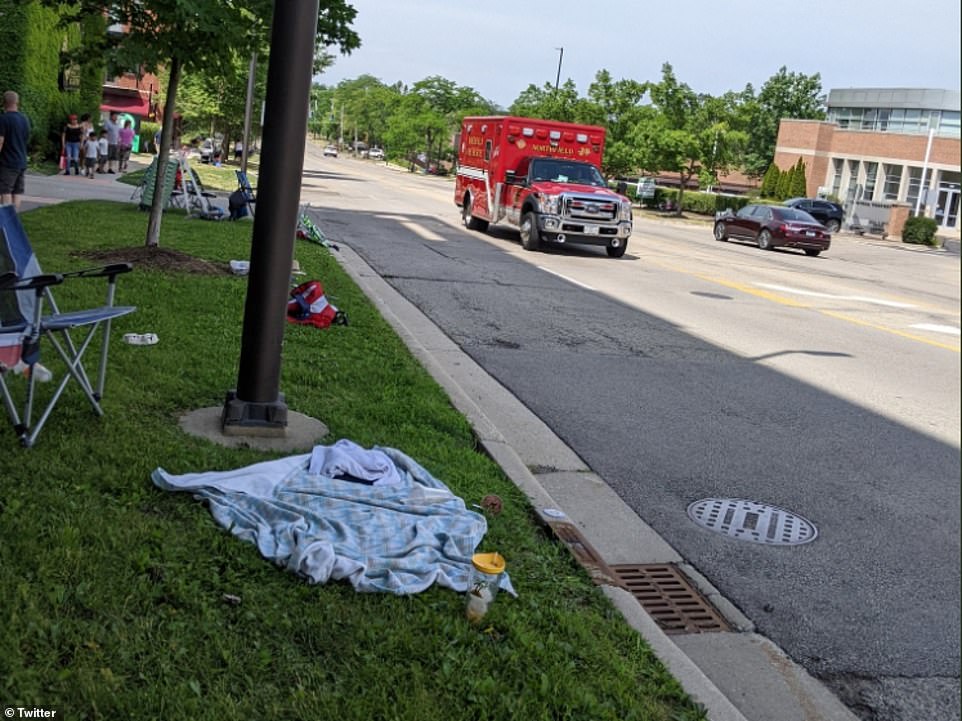 The scene at Highland Park on Monday after the July 4th Parade emptied out amid reports of gunshots. Police have not yet confirmed that anyone was shot 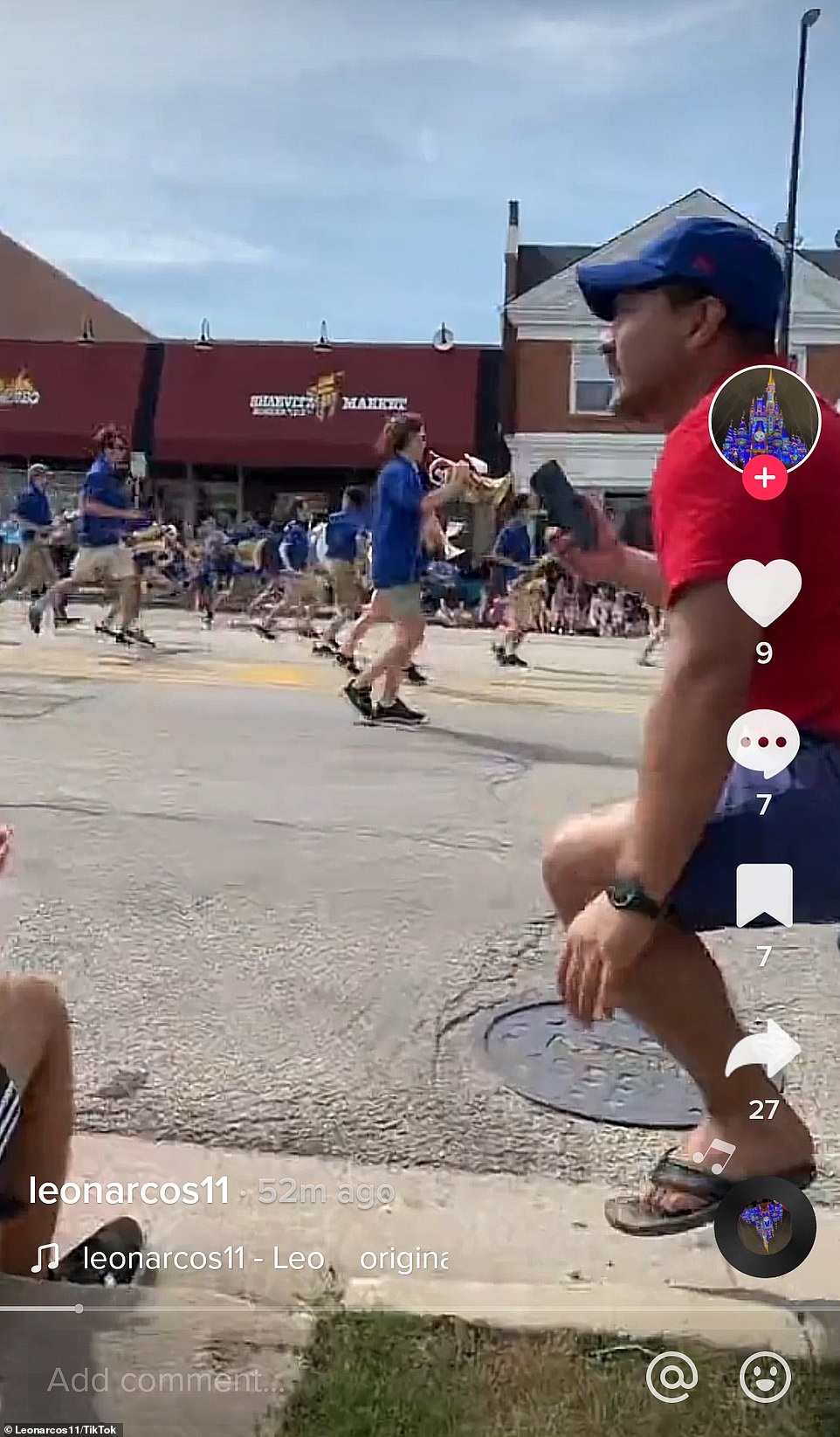 Panicked parade goers at the scene on Monday. There were loud sounds from the crowd that some said were gunshots 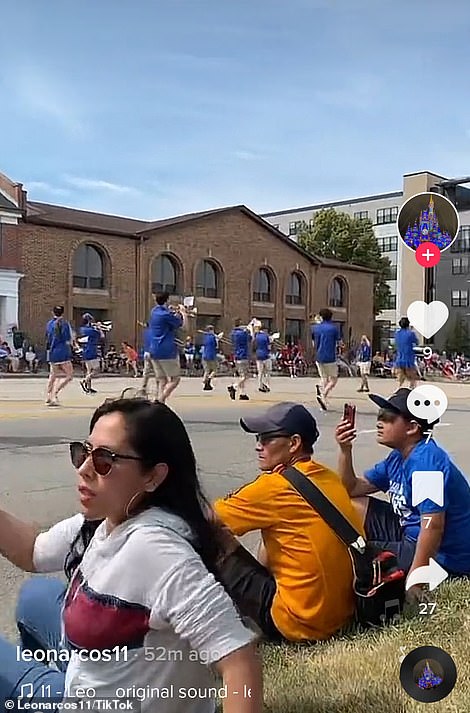 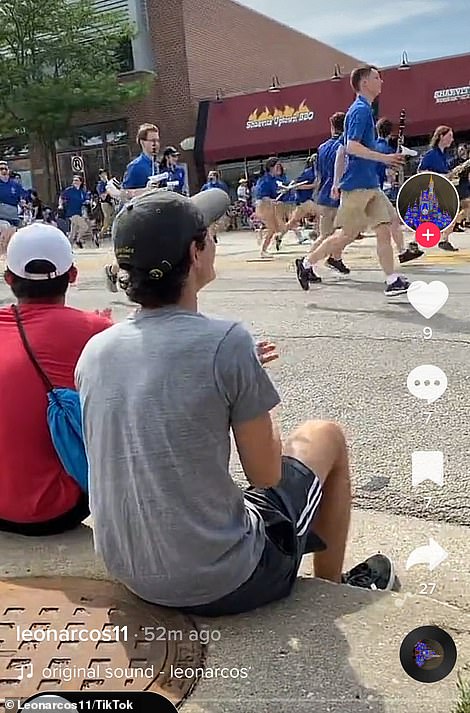 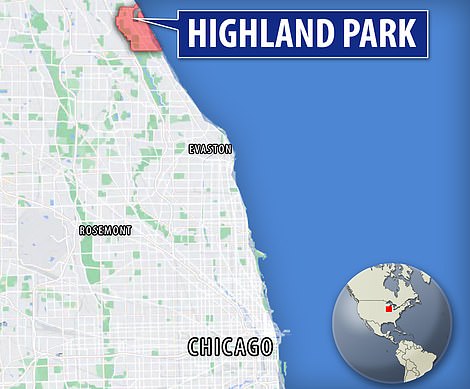 Highland Park is around 30 miles north of the city of Chicago and is a quiet, suburban area

Highland Park Police has not yet commented on the incident but Lake County Sheriff’s Office is responding to the incident.

Sweet tweeted: ‘Bloodbath at #Highland Park July 4th parade.. I was there’.

Miles Zaremski, who was at the parade, told CNN: ‘It was sickening. If this can happen here it can happen anywhere. To see these people in blood on the ground… how many are dead. I don’t know. Not only were police vehicles there that lead off the parade, after it occurred, there were police there.

‘Paramedic vehicles were also part of the parade…. just to hear the pop, pop, pop…. I have never seen this and I’d hope no American would ever see this.’

In an article on The Chicago Sun Times website, she wrote: ‘Multiple people were shot. A reporter saw five people bloodied. A blanket was covering one person.’

Debbie Glickman, a Highland Park resident, said she was on a parade float with coworkers and the group was prepared to turn onto the main route when she saw people running away from the area.

‘So we just ran. We just ran. It´s like mass chaos down there. I’m so freaked out,” she said. She said she did not see anyone injured.