The wife of former Tory MP Sir Hugo Swire will reveal the trials and tribulations behind the political events of the last decade in her explosive new book.

For twenty years, Sasha Swire, 57, who worked as a journalist before taking on the role of political researcher for her husband’s office from 2001 to 2009, documented her experiences inside the world of politics in a secret diary.

Now, in her debut book Diary of an MP’s Wife, Mrs Swire will offer a candid account of life as an MP’s wife and lift the lid on the inner Tory circles she formed friendships with over the course of 20 years.

During one entry in the book, which is set to hit the bookshelves later this month, the former MP’s wife described how she was scared that others did not see how the now Prime Minister Boris Johnson was a ‘calculating machine’. 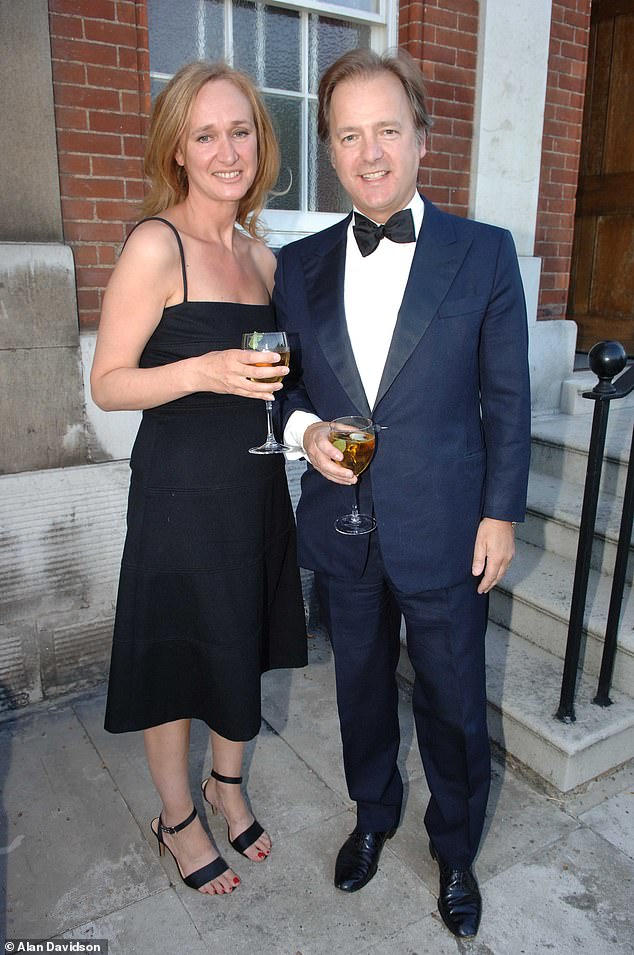 Sasha Swire, the wife of former Tory MP Sir Hugo Swire (pictured together), will reveal her experiences inside the world of politics in her new book .

She writes: ‘It scares the s*** out of me that people don’t see [Johnson] as the calculating machine he really is.’

However after she is invited to a dinner at No 10., she comes round to the Prime Minister and adds: ‘Boris just came across as someone who is desperately lonely and unhappy on the inside.’

Mrs Swire, who is the daughter of the former defence secretary Sir John Nott, also revealed how only ‘ten per cent’ of politics was ‘above the surface’ and there were many other people, including the wives of MPs and civil servants, who were all a part of the equation.

Speaking to The Sunday Times she later said: ‘So you have these show ponies — the MPs — at the top, but there are certain wives — Samantha [Cameron], me — we were all part of the equation.’

In her tell-all book, Mrs Swire narrates the tale of her husband bunking off parliament to go shooting and addresses his joke about people on benefits during a Tory fundraising event in 2015.

During the event at the Grosvenor House Hotel in Mayfair, London, covert filming showed Mr Swire – a former director of Sotheby’s – trying to persuade a guest, who is sitting on the same table as Iain Duncan Smith, to increase his bid. 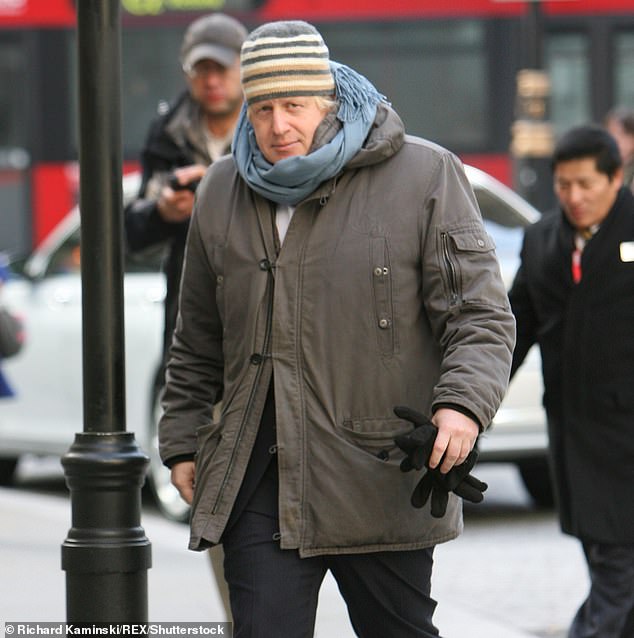 In her book, Mrs Swire says  the now Prime Minister Boris Johnson was a ‘calculating machine’

In her book, Mrs Swire goes on to question the condemnation former Prime Minister David Cameron received for his resignation honours list, asking why the politician was called out for listing his cronies if he wanted to.

Her comments come years after Mr Cameron came under fire from senior Conservatives for his resignation honours list of gongs for his friends and allies in 2016.

The list included a gong for Isabel Spearman, a personal aide to Samantha Cameron, among a group of 48 recommendations.

Mrs Swire first decided to email the extracts of her diary to a literary agent after her husband stood down in 2019.

Within three weeks she found herself signing a non-fiction book deal and becoming a debut author.

Old Etonion Sir Hugo was MP for East Devon from 2001-2009 and also served as minister for the foreign office.