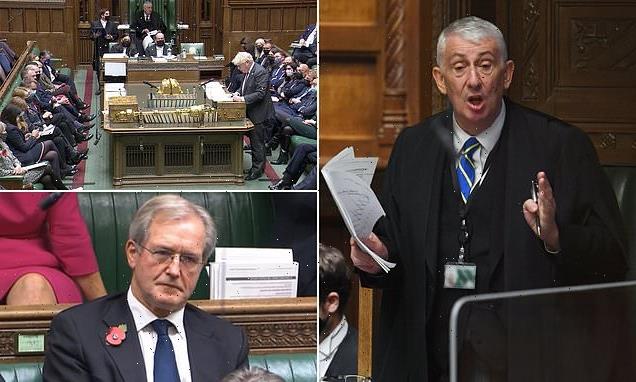 MPs could be banned from taking up positions as consultants outside their parliamentary duties after it emerged this week that Tory MP Owen Paterson had lobbied the government on behalf of two companies he worked for.

Commons speaker Sir Lindsay Hoyle is expected to put forward a proposal to review the House of Commons’ standards procedures which may prevent MPs for offering consulting services to earn extra cash amid today’s parliamentary debate over the Paterson scandal.

An investigation led by the standards commissioner Kathryn Stone said Paterson had broken Commons rules by lobbying for two firms that paid him £500,000, and he resigned from his position on Thursday after a botched plan concocted by the Prime Minister to block his suspension from Parliament buckled under a torrent of criticism.

Despite his resignation, Paterson has vehemently denied any wrong-doing, saying he was acting in the public interest and protesting that the procedural route to the findings against him were against due process by not affording sufficient means of appeal.

Dozens of MPs are being paid tens of thousands of pounds a year to act as consultants and advisers for a range of companies, with some receiving many times their yearly parliamentary salary of £81,932 according to the Register of Members’ Financial Interests.

There are no rules against MPs being paid for advising external businesses provided they record it in their register of interests, but they must not lobby the Government on behalf of those businesses. Speaker of the House of Commons, MP Sir Lindsay Hoyle (pictured November 3, 2021 during PMQs) is considering a proposal to review the House of Commons’ standards procedures which may prevent MPs for offering consulting services to earn extra cash amid today’s parliamentary debate over the Paterson scandal 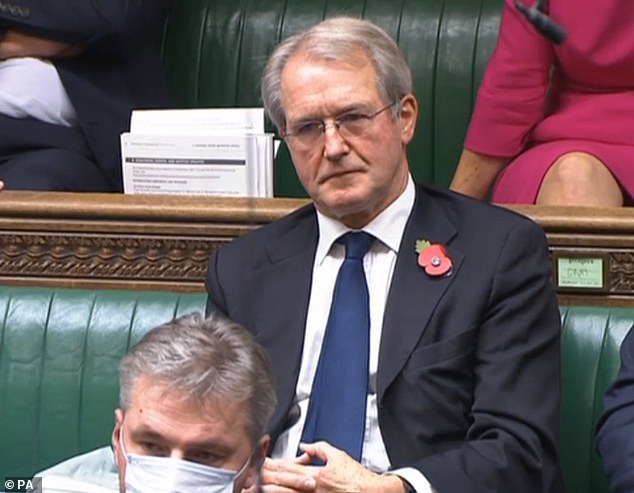 Owen Paterson resigned as the MP for North Shropshire on Thursday after a botched plan concocted by the Prime Minister to block his suspension from Parliament buckled under a torrent of criticism. Paterson was found guilty of lobbying the government on behalf of two firms who paid him £500,000 in an investigation led by standards commissioner Kathryn Stone 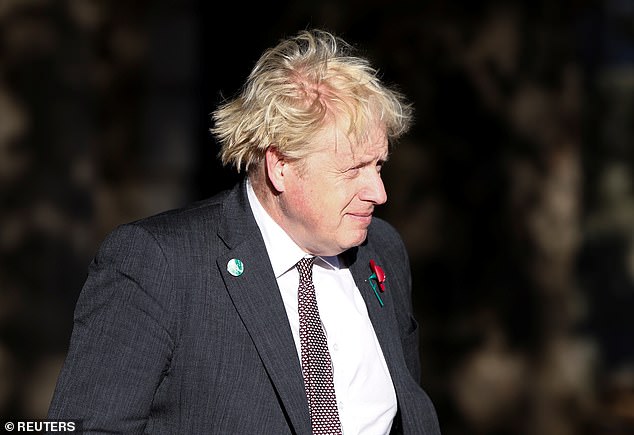 Prime Minister Boris Johnson concocted a plan to block the parliamentary suspension of Paterson who was found to have broken Commons’ rules on lobbying, but was forced into a humiliating U-turn amid public outcry at the decision

A survey carried out by the Daily Mail this week revealed that the majority of voters believe MPs should be ordered to give up lucrative second jobs outside Parliament – with claims of wrong-doing investigated by a High Court judge, not politicians themselves.

It comes after Boris Johnson government was labelled the ‘sleaziest’ in more than 40 years of British politics according to a Daily Mail poll.

Meanwhile, analysis of the Register of Members’ Financial Interests shows that 34 sitting MPs have listed payments from companies for whom they provide consulting work, with many of them receiving tens of thousands each year outside their parliamentary salary.

Paterson, who is employed by diagnostics company Randox and sausage-maker Lynn’s Country Foods, is one of two MPs to be paid more than £100,000 per year for consultancy or advisory work.

He was found to have breached lobbying rules in favour of those firms in an investigation led by Kathryn Stone, and in what critics have characterised as an attempt to let Mr Paterson off the hook, the Government backed and won a vote on plans to tear up Parliament’s anti-sleaze rules on Wednesday.

But the next morning, the Government was forced into a humiliating U-turn in the face a public outcry and anger among Tories, who had been forced to back the amendment.

With Boris Johnson’s support effectively withdrawn, Paterson quit what he described as ‘the cruel world of politics’ on Thursday.

Other MPs paid more than £100,000 per year for consulting work include former cabinet minister Chris Grayling, who is paid £100,000 annually by Hutchison Ports Europe, and Chief Whip Julian Smith, who receives a total of £144,000 per year from three companies.

Now, the parliamentary committee on standards, which rules on whether MPs have broken the code of conduct, is expected to discuss a proposal to review the rules by which MPs must abide.

It is understood several figures on the committee believe restrictions on outside interests – such as paid consultancy work – must be tightened further after Paterson was found to have committed an ‘egregious’ breach of the current rules on lobbying by Kathryn Stone’s investigation.

MPs are allowed to take on outside jobs but are banned from making representations that might benefit their employers for six months following the end of their work, while direct lobbying is banned altogether.

Meanwhile, former Conservative Prime Minister Sir John Major this morning became the latest figure to hit out at the current government over the Paterson scandal.

In an extraordinary broadside, Major – who lead the government and the party from 1990 to 1997 – called the current cabinet’s behaviour ‘very un-Conservative’ and argued some of their actions have been ‘politically corrupt’.

‘There’s a general whiff of “we are the master’s now” about their behaviour and I think this is cutting through to the public,’ Major told the BBC Radio 4 Today Programme.

‘It seems to be me as a lifelong conservative that much of what they are doing is very un-conservative in its behaviour,’ he added.

Who are the MPs getting paid for consulting outside their parliamentary duties?

This is a list MPs who have declared payments for consultancy or advisory work according to the Register for Members’ Financial Interests.

It does not include all second jobs listed by MPs, with some continuing to work as lawyers, doctors and nurses, while others are listed as directors of companies.

International advisory board of Tunstall Health Group, £20,000pa for 30 hours

Institute of Chartered Accountants in England and Wales, £15,000pa for 60-80 hours