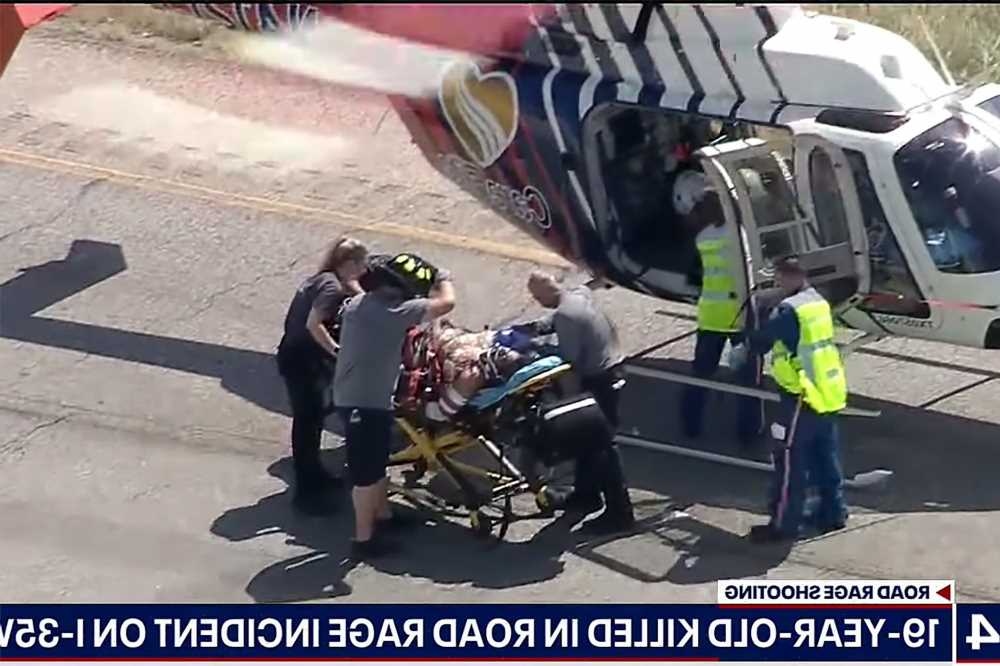 A road-rage incident in Texas turned deadly when a motorcyclist pulled a gun — only to be shot by the other driver in what authorities are treating as an act of self-defense, according to reports.

The fatal chain of events unfolded last Friday on the I-35 highway in Fort Worth, when the biker, 19-year-old JaDerek Gray, was weaving his way between rows of vehicles, an illegal maneuver that’s known as “lane-splitting,” Fox4 said.

Gray passed several cars and parked his motorcycle, blocking the northbound traffic — then reportedly began walking back toward the SUV while pointing a handgun at the driver.

The SUV driver told Gray to put down the gun because there were kids in his car. But the biker kept coming, so the other man drew his own handgun and opened fire, hitting Gray multiple times, according to reports.

Witness Isel Valenzuela said the shooting took place shortly after he saw a green motorcycle speed between his car and the one next to him on June 25.

“I look over and I see him laying there. With blood all on his chest and his stomach.”

Valenzuela said he ran over and turned off Gray’s bike, then put pressure on Gray’s wounds until paramedics arrived.

Gray — who cops suspect fired his weapon without hitting anyone — was taken to a local hospital where he was pronounced dead.

Cops said that the SUV driver was the first person to call 911 following the shooting and that he immediately cooperated with investigators.

No charges have been filed, according to reports.