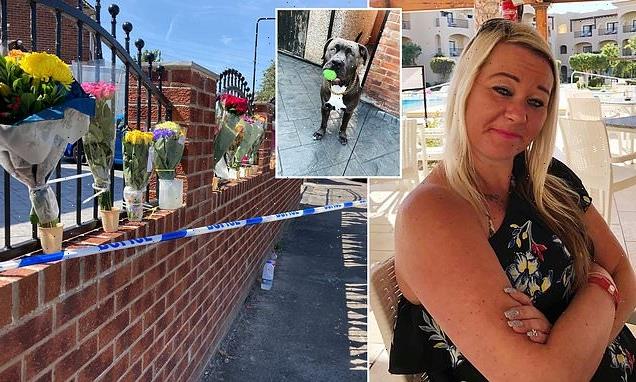 ‘I begged my daughter to get rid of her dog before it killed her’: Mother of woman, 43, mauled to death by her XL Bully says she ‘warned her something bad was going to happen’

The mother of a woman mauled to death by her own pet dog at home says she warned her daughter ‘something bad was going to happen’ two weeks before she died.

Mother-of-two Joanne Robinson, 43, was killed by her American Bully XL dog, Rocco, after it ‘turned mad in the extreme heat’ in July.

She died at the scene of the attack at home in Rotherham, South Yorkshire while her partner, Jamie Stead, was left with injuries to his hands, stomach and face as he tried to pull the animal off her.

Joanne’s mother Dot, of Wath-upon-Dearne, South Yorkshire, revealed Rocco had previously fought with their other dog Lola – and she had warned her daughter to ‘get rid of one of them’.

Dot has said the family, including Joanne’s children Dillon, 24, and Elle, 19, are in ‘bits’ and ‘not coping’ after the tragic death. 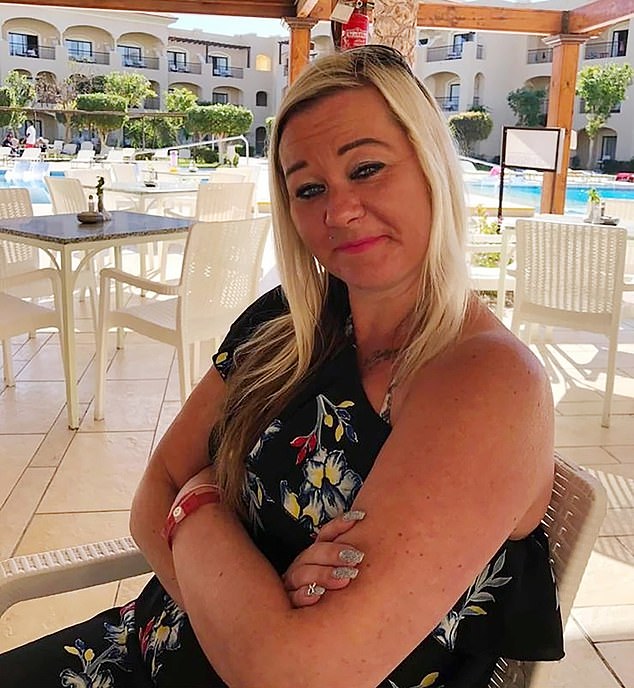 Joanne Robinson, 43, described as ‘beautiful inside and out’ was mauled to death by her own pet dog in July 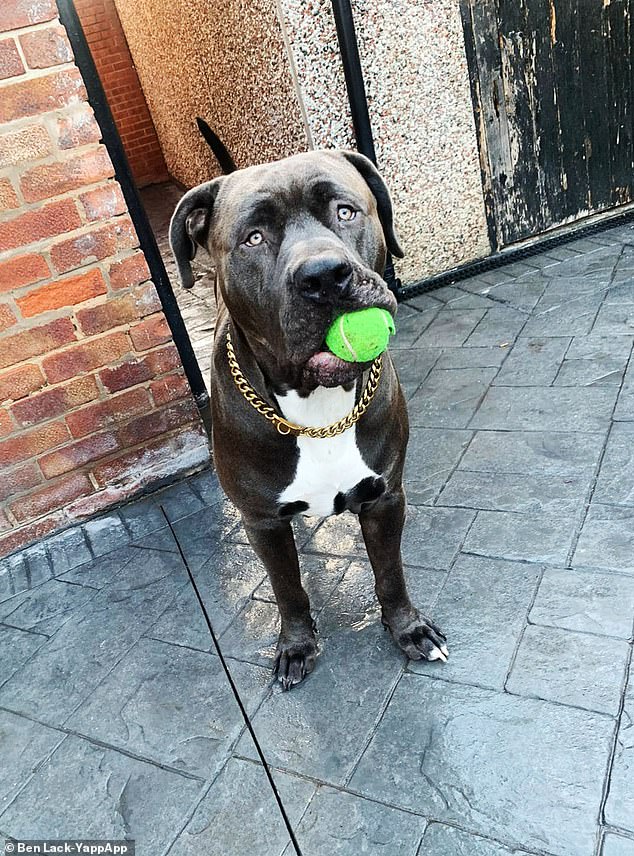 Joanne was killed by her American Bully XL dog, Rocco, who was on the legal dogs breeds list

Speaking to the Mirror, she called for an end ‘of these nightmare deaths’ as ‘too many people are being killed’ by dogs.

The 67-year-old said something needs to happen – while insisting her daughter would not have blamed Rocco, who was on the legal dog breeds list.

‘I’ve never seen a dog as big as Rocco, he had started fighting with their other dog Lola and I begged her to get rid of one of them,’ she told the newspaper.

‘I warned her what would happen but she adored that dog and said “I can’t give up on him mum”.’

Dot described her daughter as ‘beautiful inside out’ and a ‘gem’ who was adored, adding that Jo always picked up strays.

But she wants to see action and thinks the Government needs to crack down on breeders and bring back dog licences for bigger breeds.

She said her daughter tried to do everything right but her 18-month-old dog was too big and strong. 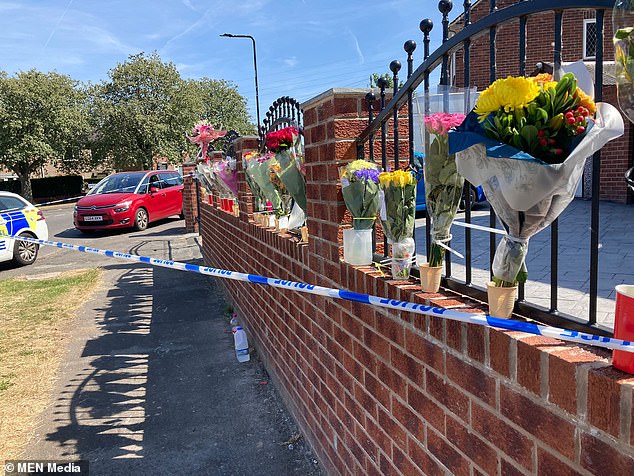 Dozens of flowers were laid at the scene of the attack which left Joanne’s partner with injuries to his hands, stomach and face

In March this year Bella-Rae Birch, a 17-month-old girl, was killed by an XL Bully dog. The toddler had been attacked in her family’s home in St Helens, Merseyside, just a week after they bought the animal.

Also this year, Joanne Robinson was mauled to death by her pet American Bully XL dog after it ‘turned mad in the extreme heat’. The 43-year-old died at the scene of the attack at a house in Rotherham, South Yorkshire.

Last year Welsh schoolboy Jack Lis was also killed in a savage attack by a Bully XL. The 10-year-old boy was playing at a friend’s house in Caerphilly in November last year when he was set upon by the dog.

Dot said Joanne paid £4000 for Rocco from a dog breeder and she ‘fell in love’ with him even though he was fighting with other pups in a cage when she first met him at a breeder’s.

She said her daughter’s two dogs had fought last August, then again at Christmas.

They had to separate them and leave them in separate rooms, Dot told, adding that Joanne had planned to get a dog behaviourist to help.

Both dogs have been destroyed, Dot confirmed.

The grandmother previously said: ‘I don’t know why they suddenly snapped. I can only think they turned mad in the extreme heat. It must have set them off.’

She has spoken out again after a ‘lovely and funny’ grandmother was mauled to death by five American bulldogs this week in a separate incident.

Ann Dunn, 65, died at a dog breeding property in Liverpool on Monday evening after being mauled by ‘multiple’ dogs described by Merseyside Police as American Bulldog breed.

Five canines were later taken from the property by police and ‘humanely destroyed’.

Ms Dunn was attacked inside her home on St Brigid’s Crescent in Vauxhall around 4.25pm on Monday.

People were called to the home after her family realised something was wrong when she did not turn up to collect her grandson from school.

The property where Ms Dunn died had been listed online for dog breeding.

Pictures on the business’ website show numerous dogs being advertised for sale, with quotes available on request.

American bulldogs, which were the breed of dog found in the home, are not one of the four breeds currently banned in the UK.

A 31-year-old man was arrested on suspicion of owning a dog dangerously out of control and has since been conditionally bailed, pending further investigation.

Merseyside Police said a post-mortem exam will take place to determine Ms Dunn’s cause of death.